10 Pickup Lines You Should Be Scared As Hell To Use

Dating someone requires a lot of skill. Only few master the art, while others bite the dust. Getting a girl to like you could involve a lot of hard work. Some though make it all the more harder for themselves by using cheesy pickup lines which are straight up garbage. No matter who you are and what you do, never and I mean NEVER... use these lines on a girl. Let the crap begin.

1. Get Your Cellphone Checked

"Hey! I think there's something wrong with my phone. It doesn't have your number in it." Pat comes the reply "Throw your cellphone away". And all you are left with is a bruised ego.

Also read: 4 Places Where You Should Avoid Using Your Smartphones

2. The Santa Must Be A Kidnapper

"If a fat man puts you in a bag at night, don't worry. I told Santa I wanted you for Christmas." Well, one thing is for sure, with this line you'll spoil your holidays. 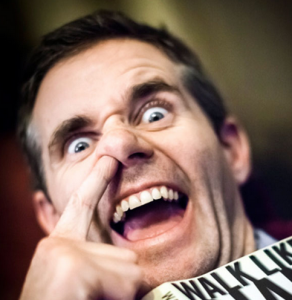 "If you were mucus, I'd pick you first." There are things which only children can say and get away with. This is surely one of them. You'd say life isn't fair, but then you aren't supposed to act dumb either.

4.  Tell Your Mom To Feed You Well

"Did you eat lucky charms for breakfast? Cause you're looking fabulously delicious!" Guys, please put some thought before saying such things. Chances are you'll come across as a hunger stricken wolf out for meat. Not good, right?

Also read: Don't Give In To Temptations: Ways To Control Food Cravings

"Is that a mirror in your pocket? Coz I see yourself in your pants." Well, you either got to be suicidal or Ryan Gosling to get away with a favourable result after saying that.

"You smell like trash. Can I take you out?" There are two things that can happen after this, a puzzled look or a kick to your balls. Which one would you prefer?

"You know what my shirt is made out of? Boyfriend material." Seriously guys, there's no hope once you say this line. Your prospects are going down at a rate faster than the speed of light.

8. Get A Painkiller Someone. Now! 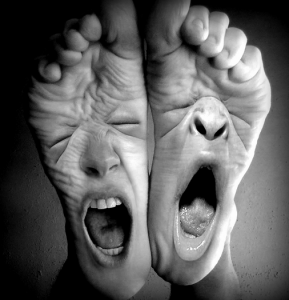 "Do your feet hurt? Cause you have been running through my mind all night." Yup, that's right, sir. And she'll still be running, just away from you, after she hears this.

Also read: 5 Reasons Why Dating A Tomboy Is The Best

"Is your name Ariel? Cause we were mermaid for each other." Ok, do you intend to pick up a girl or intend to be in a PJ competition? Either way, you're failing in both. 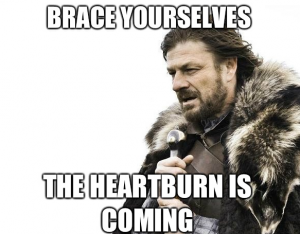 "Do you have a Band-Aid? I scraped my knee when I fell for you." So what you're really conveying is you're clumsy and soft, so much that you bleed easily.

Now that you know what pickup lines to avoid, you have a better chance with the ladies. Just don't screw up any other way though.

Quick And Yummy Healthy Breakfast Treats That Hit The Spot