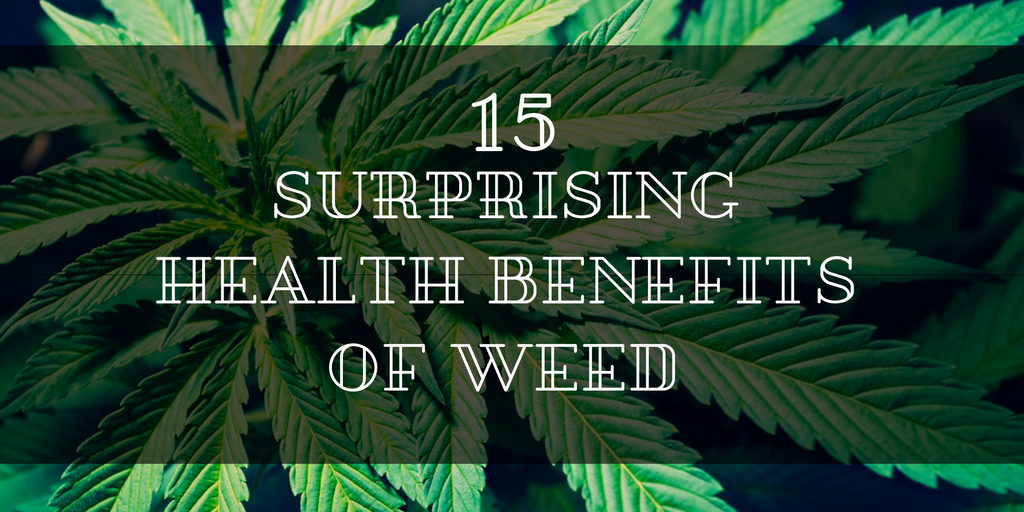 The fact that smoking pot will turn you into a red-eyed, unemployed psychopath is not completely true. While it has its own side-effects, cannabis can actually have incredibly surprising health benefits. Just like a coin has 2 sides, marijuana has both positive and negative effects on a smoker. Marijuana, when used for medical purposes, is acceptable; however, addiction of any sort is unhealthy. These medical benefits of marijuana will actually help you rethink your opinion.

-Marijuana is known to curb chronic epileptic seizures according to a study conducted in the year 2003. An experiment was conducted where epileptic rats were given marijuana extract and the drugs got the rats rid of the seizures for about 10 hours.

-Smoking marijuana in low doses can actually act as a sedative and improve one's mood, eventually reducing anxiety and depression.

-The compounds found in marijuana can not only curb cancer cells, but it can also act as an agent to reduce nausea in chemotherapy patients.

-Smoking marijuana is known to improve one's appetite. It can be really helpful for those who are malnourished and those going under chemotherapy.

-It also acts as a powerful sleeping aid for insomnia patients.

Also Read: Benefits Of Smoking You Didn't Know About

-You're less likely to be obese if you smoke marijuana. A study suggested that people who smoked marijuana weighed less than those who did not. Also, the smokers' metabolism had a comparatively positive reaction to sugar, even after consuming munchies.

-It improves lung functions. According to a study, weed smokers' lungs work comparative better than both cigarette smokers and non-smokers.

-Marijuana has actually been able to improve mental conditions of the smoker. A person is known to perform better at a test after smoking weed. It is also known to improve the verbal fluency, coming up with new and different words while smoking.

-Smoking weed, according to reports, has helped a lot of people perform better in the gym and in sports. A man smoked weed before going to the gym and he felt comparatively fresher after 24 hours.

-Apparently, cannabis is one of the safest drugs and it is 114 times less deadly than alcohol! It can also help you cut back on alcohol consumption.

-Smoking pot helps Parkinson's patients to sleep peacefully as it reduces the pain and tremors, suggests a study in Israel.

-Certain compounds in weed are known to increase a person's sexual drive as well as the overall experience. Get your naughty on! ;)

-Along with other benefits, it can also help reduce blood sugar levels of a high diabetes patient.

-It can help cure glaucoma, a disease that causes one to lose vision after a point of time due to the pressure on the eyeballs, eventually damaging the optic nerve.

Also Read: Everything About Circuit Training And Its Benefits

Now, you should know that we are not asking or suggesting you to smoke weed on a daily basis, but, we are just stating its surprising health benefits. We were surprised with most of them! So, if you know somebody with the above-mentioned conditions, suggest them to take a puff or two for its medicinal benefits.

Do not wake and bake!

Go The Lassi Way With This Delicious Dry Fruit Lassi