3 Noteworthy Scenes Of ‘Bhopal: A Prayer For Rain'

If you've seen the trailer of ‘Bhopal: A Prayer For Rain' and have construed it as a documentary, let me tell you – it's not. It has a story, a narrative and yes, information about the biggest industrial disaster in human history – all well brought forth on celluloid.

Before I go ahead, let me introduce three of the key characters to you:

Dilip: Rajpal Yadav plays Dilip, a poor rickshaw-puller, who secures himself a job in Union Carbide only to fend for his family, which he couldn't earlier. 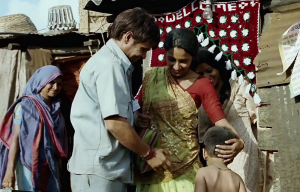 Warren Anderson: Martin Sheen plays a shrewd businessman who at times will show his compassionate side as well, but at the end of it all, he is a true businessman for whom what matters is his company and its profits. 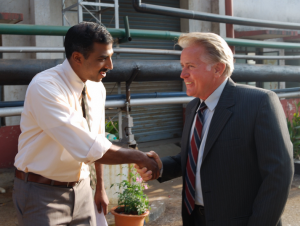 Motwani: Kal Penn plays a journalist who is hell bent on exposing Union Carbide for their apathetic ways of functioning, thereby putting the lives of tens of thousands of people at risk. 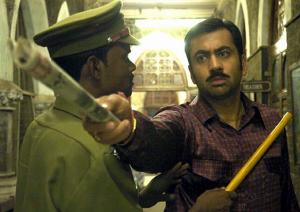 Now that you have an idea of the characters in the film, let me tell you about the scenes that actually struck me.

I would recommend this movie to anyone who likes to watch social dramas. But yes, let me warn - this film, during the climax, has some gory scenes - people puking out blood, bleeding eyes, swollen eyes and the likes; but wouldn't a film based on one of the most tragic human disasters be incomplete without them?