Here Are The Biggest Carnivals Held Around The World
Pet Love

4 Reasons Why You Should Adopt A Homeless Dog

"A dog doesn't care if you are rich or poor, educated or illiterate, clever or dull. Give him your heart and he will give you his."John Grogan, Marley and Me: Life and Love with the World's Worst Dog

A little girl enters the pet store with her mother. After going through the different foreign breeds in the shop (who were kept on display like decorative items), her mother says, "You can buy a Lab, they tend to be more faithful than other breeds or you can go for a Doberman, they are good guard dogs." The little girl did not utter a word and kept staring out of the window. Her attention was fixed on a little puppy that was playing across the street, and getting dirty jumping in a poodle. "So full of life," she thought to herself, and told her mother that she wanted to take the little cuddlesome puppy home. Her mother turned scarlet with disappointment and said, "But he is a stray! Why would you want a street dog when we can afford to buy a foreign breed?"

Don't most of us have the same mentality like the little girl's mother? We want dogs like Labradors, Dobermans, Pugs, Pitbulls, Rottweilers, etc, and then we call ourselves ‘Dog lovers', when evidently we are nothing more than just ‘Breed lovers'.

Stray dogs, just like other dogs, offer you the same pristine love and lifelong companionship. So if you're among those who has always wanted to keep a pet, here's why you should consider a homeless dog:

Do you see the breed, colour, size of the dog when you are playing with him? Of course not! All you can see is the spark in his eyes and his radiant "smile" that can brighten even your gloomiest days! A dog, irrespective of the breed, just needs a loving and a compassionate friend. They want you to cuddle them after you reach home and pamper them with some jerkies! You can simply talk to them, and they will never retaliate, lecture or taunt you. They are all ears when you talk to them. They also work as "social catalysts" and help you get out more, and interact with others thereby reducing isolation. 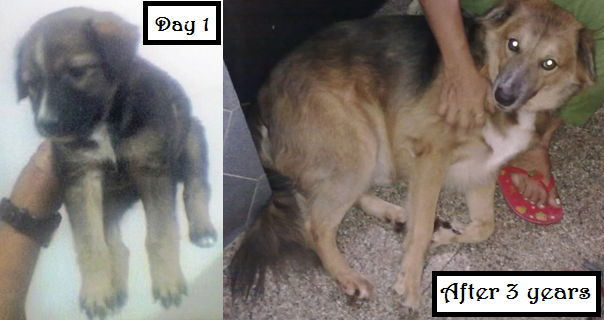 People have formed preconceived notions about Indian breeds. They consider them unhygienic, dumb, rebellious and even stubborn. As a matter of fact, the behaviour of a dog depends on his training. If you buy a German Shepherd worth Rs. 12,000 and do not train him appropriately or beat him up very often as a punishment, he will end up becoming ferocious and will never obey you in his life.

Stray puppies could initially have ticks and problems like intestinal parasites due to their poor living conditions. But these are easily treatable; plus, even the pedigreed puppies can have these problems. So, instead of calling street pups "unhygienic", you can make an effort to de-worm them and apply some anti-parasitic medicines to help them get rid of such predicaments. What's more, street dogs have a better immunity against diseases and infections, thanks to adaptation since generations. While pedigreed dogs are a haven for ticks and fleas, it's comparatively easier for street dogs to get rid of them.

Many affluent families buy dogs for tens of thousands of rupees and then abandon them if they are attacked by serious medical issues like kidney failures or severe stomach infections. They behave just like customers, who throw away an old gadget the moment it stops functioning properly. But dogs aren't lifeless objects and nothing hurts them more than separation. Instead of behaving like a customer who pays money to ‘buy' a pet, you can behave like a parent and adopt an orphan, homeless dog.

Adopt a local Indian breed once, and with time you'll notice that they are as smart and friendly as any foreign breed. There are numerous puppies lying on the streets, who crave for food and loving homes. Most of them either die painfully due to diseases or hit-and-run accidents, while the others continue to live in agony. These puppies can be given a chance to live a healthy and safe life; all you need to do is change your attitude towards Indian breeds.

If you are thinking of bringing home a cute and loving dog, do consider Indian breeds once! By doing so, you'll be saving a precious life.

Why We Should Start ‘Suspended Coffees' In India