Ghosts! The mere mention of the word sends shivers down the spine of mere mortals. But, over the years, with more and more modernization it has only become part of grandma stories. Every once in a while though, people realize that there is more to this world than what we see. Something or someone whose presence can be felt, but is nowhere to be found. It is time we delved deeply in this paranormal phenomenon and hear spooky stories of people who saw what they were never meant to.

All incidents mentioned below have happened in real life, so try and ignore them at your own peril.

This incident happened in an area of Mumbai which is popularly known for its milk production. Yes, those in the city would know we are talking about Aarey Colony.

Long after their office party was over, Sushil and Anand were returning home on their bike. The road they took had heavy tree cover and was secluded. Sushil was the one riding the bike and Anand was riding pillion.

Anand while resting his head on Sushil's shoulder was looking in the distance, when all of a sudden he saw a guy running besides the bike staring continuously. In his daze, Anand couldn't believe his eyes and told his friend to look left. Sushil, thinking Anand is sloshed, asked him to calm down. Anand tried to bring it to the notice of Sushil a second time, who dismissed him again. Anand, trembling with fear, pleaded with Sushil to look left. Sushil giving way to Anand's pleas looked left only to see his worst nightmare come true. The guy whom Anand was referring to is actually sprinting right besides them, when the bike was running at 60 km/hr. 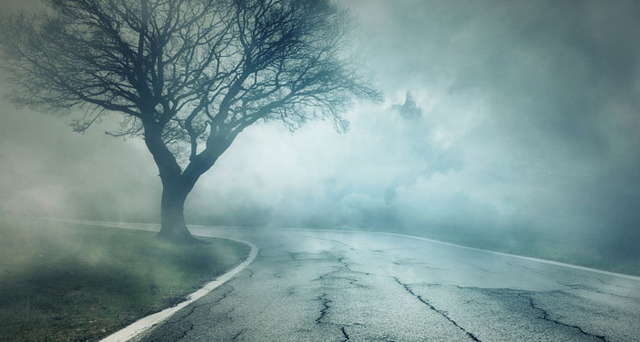 The lone highway always has been spirits' favorite hunting ground[/caption]

This incident happened on the ghats on the way to Goa. Rakesh with his mother and sister had planned a road trip to Goa. They had hired a driver for that purpose and were happily charting their course. The night had taken full effect and Rakesh, in the front seat, was keeping the driver company. His mother and sister had slept in the backseat.

The drive was a smooth sail until they spot an old woman wearing what is a traditional Maharashtrian saree. The driver spots her during a turn and stops in his track. He starts the car again and tries to sway away from her line when suddenly she appears in front again. Sensing something fishy, Rakesh orders the driver to take a reverse. To their horror, after a few feet she appears at the back, the driver applies the brakes again and readies himself to take the car forward. The spirit is now in front again, Rakesh orders the driver to go past her at full pelt. The driver does as he is told and the car passes through her. Though Rakesh and his family came to no harm, the memory of those 5 minutes will last for a lifetime. 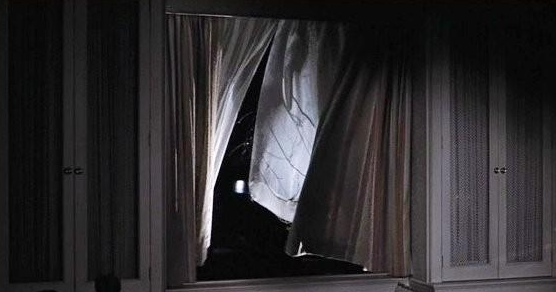 How the window opened, nobody knows till date[/caption]

Usha, a young engineering student from Nagpur, had planned for an all-nighter for completing assignments with three of her roommates. After much hard work, Usha knew she couldn't take it anymore and went inside the bedroom to sleep.

She did the customary thing of closing all the windows and putting on the air conditioner. An hour had passed and Usha was in deep sleep. But, there was something odd that was bothering her. A touch, that of a man, a hand moving over her private parts and caressing them. Flabbergasted, she woke up to realize that the air-conditioner was off, the windows were open, and the blanket which she had was lying on the ground. The terrifying part was to come later, she realized her shorts had been pulled down to her knees and she knew that neither she nor her friends had done any of it. And, the windows had grill!

The Taxi Drive From Hell

The incident took place at one of the most high profile places in the city of Mumbai. A taxi driver Joginder, spots a man walking past the tower of silence, a place well known for being haunted. When the man sees the taxi driver, he waves and asks for a lift. Joginder happily obliges and takes the man on board. The customer introduces himself as Feroze.

After the initial chat, Joginder out of curiosity asks Feroze the reason behind him walking in a secluded area all alone. Feroze replies by saying that he isn't scared of ghosts or spirits. Joginder gets taken aback by his answer. Soon, they start having a long conversation about ghosts and spirits and Joginder denies any such possibility. Feroze seems jolly and the chat goes on until, his destination is reached. He gets down at another secluded road connecting the Madh and Marve islands, in the middle of nowhere. Joginder is curious, and asks Feroze about the place, as there is nothing to be found. Feroze takes out the money and while paying asks Joginder, whether he's scared of driving in a secluded area. Joginder says no, and at that very moment, Feroze smiles and disappears right in front of his eyes… and so does the money.

A large number may still not believe in the accounts of these people, but even they can't completely deny the presence that is beyond their understanding.

June – A Month Of Childhood Nostalgia!