5 Common Lies A Guy Uses If He Is Cheating

Relationship are always beautiful. When people fall in love, the relationship always starts good but the same cannot be said about the final days. Today, very few relations last longer than a year. In the 21st century, it is easy to hate but not that easy to fall in love with someone. People are becoming liberal about relationships. It's becoming hard to find true love in today's fast-paced and selfish world.

There are many cases where guys have been caught cheating on their girlfriend while in a relationship. There are many bare excuses that you get to hear if your partner is cheating on you. He may try to defend himself and make you feel guilty for doubting him. But, you don't have to feel so because you have all the right to give him a kick on his ass. 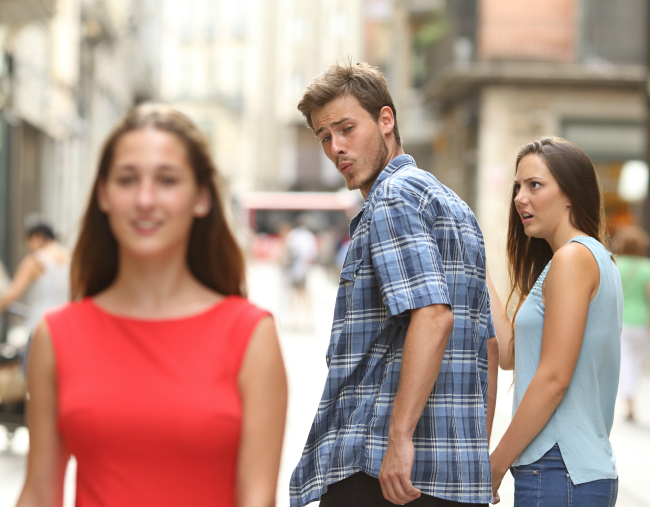 Here are 5 common lies mostly used by a guy if he is cheating on a girl:

The Interest Game:
In this world full of liking, where one has a crush on others you might face that your guy is getting attracted to another girl. After all we are all humans and can’t deny emotions. On being caught off guard, your boyfriend may shield himself saying, "She is the one who first texted me, she made the first move. She really likes me and is interested in me. I don't want to hurt her. So, I am just being polite and trying to be a good friend of hers." In such a situation you have to be alert as it is a sign of being wronged. He might not actually be friend-zoning and there could be a lot of brewing happening between them behind your back.

Busy Load:
If you feel that there is distance in your relationship and your guy is catching up with his other female friends, then something is definitely wrong. And, if he makes an excuse for being questioned about the same saying 'I just wanted to spend some good time and you were busy - all my friends were too busy in working and she was the only one who was willing, then be very careful.  This is a sure indication that he is interested in her. Sometimes it is possible but not every time that you are busy somewhere and she is the only person available for him to hang out with.

Be Open-Minded:
Most men blame women for overthinking and being conservative. This is one of the most common excuses men usually use to shift the blame on their girlfriends. Whenever you put a question about his whereabouts, he avoids answering you and start blaming you that you are being over-possessive and this is blowing out of proportion. He may try to convince you that she is just a friend and nothing more than that. He may ask you to "Stop being so conservative, please!" Please be open-minded but that does not mean letting your partner stray around and let them go with anyone.

Secret Dates:
There might be someone who you will meet for the first time and meeting someone will not matter until your intention is clear. The intentions you have and how honest you are with your partner matters a lot. The next time your boyfriend (whom you suspect is cheating on you) gives you this coffee excuse, or he is meeting with his female colleague late night, or hanging around - you know what to answer. It is not only about hanging out with someone from the opposite sex - it's about your intentions.

Eye On Social Media:
Social media is good - now a day’s people fall in love with a simple swipe. It’s not always about being a social media influencer for your guy but some time you have to keep an eye on his activity. Your partner might has the nerve to chat (or rather flirt) with the other girl all the time, meet her every second day for no reason and most importantly, lie to you - then he is cheating on you. So, when he tells you that he is not sleeping with her, tell him that infidelity is not merely limited to a physical relationship with a third person but it is more than that.

There are many more tips that we would like to share with you to be in a healthy, safe and beautiful relationship.

Till then stay tuned to The Brunette Diaries.