Also read: Childhood In The 90s Vs. Childhood Of Today!

The 2-minute noodle has grown a reputation of sorts, of being the go-to choice of food for travellers, youth living in hostels, kids, and mothers looking to satiate their children's hunger pangs. While majority of us stick to the age-old and shortest recipe of cooking Maggi (Water + Masala + Noodles), there are a few others who experiment with it and come up with some totally yummy dishes.

So, if you're in the mood to cook up something different using Maggi, here are some simple yet fun recipes of Maggi masala noodles:

One of the simplest forms, yet worthy of a spot on this list, ‘Egg Maggi' was and always will be my favourite. It not only adds taste but makes you feel a lot fuller as compared to plain Maggi. Probably, everyone has tried this variation at least once in their life. It's as simple as whisking and dropping in an egg or two. Just make sure you cook it long enough for the egg not to be wet, and you're good to go! 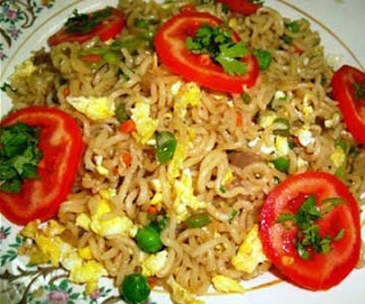 Another tantalising egg variation has to be ‘Egg Bhurji Maggi'. To make things quick and easy, make Maggi the usual way on one burner while you sauté some finely chopped onions and tomatoes in a dash of oil on another burner. After a while, toss in the egg, red chilli powder, turmeric and some crushed black pepper. Empty the contents of your Maggi vessel onto the one with the Bhurji, give it a stir and you are done! 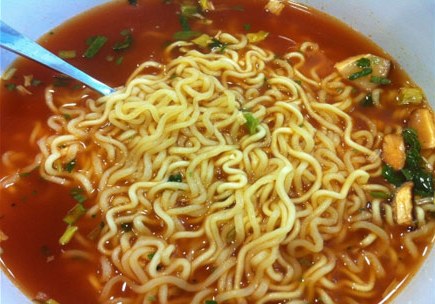 Unlike the simple version where we just add double the amount of water, this version tends to be a little more tedious. This is a desi variant of a Minestrone soup. Simply chop carrots, celery, onions and add it to some vegetable stock. Fry some veggies of your choice in regular oil. Add vegetable stock, and simmer till it reduces to half its volume. Add the Maggi and tastemaker to the mix. Cook till the noodles are done. If you want it to be spicier, you can add some Maggi Magic Masala to it. Slurp... slurp... slurp...

For those seafood aficionados, we have a simple yet tasty prawn version of everyone's favourite noodles. Since fresh prawns are not available everywhere, buy a packet of frozen prawns, which is easily available in any supermarket. Fry the prawns with finely chopped garlic , carrots, chilli and a little bit of salt till the prawns are a lovely golden brown and add it to the regular Maggi. The taste, trust me, will completely delight you. 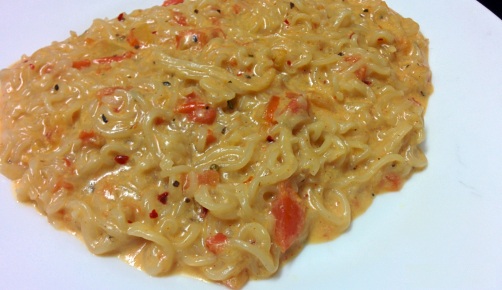 Another popular and widely experimented ingredient while making Maggi is cheese. Simply grate some Mozzarella or Cheddar cheese over a pot of simmering Maggi while it's being cooked. To make it even creamier, simply replace half the quantity of water with milk and add some finely chopped garlic to the mix. You can also improvise and add some finely chopped tomatoes, chilli flakes and oregano to the mixes. We can guarantee you that this is the yummiest form of Maggi you will ever feast your senses on.