Buying your children everything they want may not be a very good idea.  It is important to teach them a sense of entitlement and about outward behaviour. I would say, buying a new car for your teen can be simply put off as going ‘over the top'. Not only will its value drop as soon as it hits the road in the hands of a teenager, but also it would be a poor lesson in financial responsibility. It's as simple as this: if they don't pay for it, they don't value it.

Also read: How to be known as a responsible person

Every parent would reflect after splurging on their children and later on bear the consequences of it, which could be as bad as the kids falling in huge debt! With inputs from random parents, we have compiled this list of 5 items that smart parents should not buy for their children.

New DVDs: I recently went to a nearby mall to grab certain household essentials and happened to see a woman buying a stack of brand new DVDs for her 5-year-old; my immediate reaction was ‘How inappropriate!' It's better to rent out the DVD than buy one as it inculcates a poor habit in your child of watching movies all the time. There are so many other activities that your child could be doing with that time. 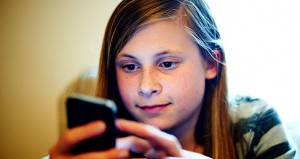 You may feel like owning a smartphone is a necessity, but for a child who is still in school it's far from required. A smartphone gives easy access to various social media networks that may be bad influence on our children in many ways.

A television for their bedroom: There are enough gadgets in our houses to keep us and our children busy; but getting a separate TV for the kids is a big no-no. For most families, the evening time show is the only family bonding time, and a separate TV for the kids will steal that away from you. Apart from that it will pose as an excuse for your child to stay back in their room alone for hours together. 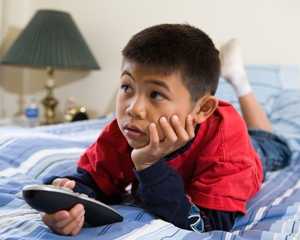 Does your child have a separate TV in his room?[/caption]

I understand that you do not have control on your kid's activities outside of your house and while they are at someone else's house. But if they get into the habit of playing violent video games in company of their friends, make sure you restrict them from doing so in your own house. Certain games have gory content that is unhealthy exposure for our children especially at such a young age. How much ever they crib, cry or complain, you must be firm and keep your children away from these no-brainers.

Every small thing they ask for: Whether it's a candy or chocolate at the grocery store, or a toy at the departmental store, frequently giving small treats can condition your children negatively. That would in turn lead to a rise in their expectations and resultant ill-mannered behaviour.

Also read: Guide to menopause and how to deal with women who go through it

So now you know, whether your child shouts or yells for anything they want, it is important to realise that giving in to their demands all the time is not good for the children themselves. Be a smart parent, say "no", encourage healthy habits and inculcate activities in your child that would make them a better person later.