6 Reasons Why Indian Parents Force Their Kids Into Marriage

Believe it or not, this is every household's story in India. Parents forcing their kids to getting married is prevalent in Indian society since eons, and even today, we have well-educated, respectful families following the norm. Outrageous, it is, the youth feels. But parents have their own reasons.

At TBD, we asked our readers (parents) about their thoughts on why do Indian parents force their kids into marriage and we got mixed responses, informative nonetheless. Let's take a look at what we discovered.

Also read: Top 10 Causes Why Some Marriages End In Divorce 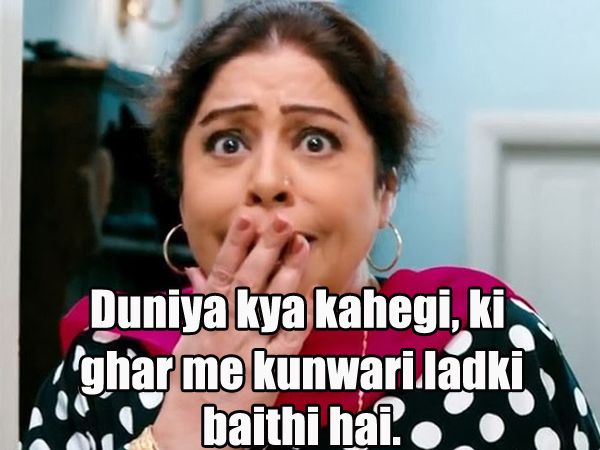 Because your neighbors are more worried about your marriage[/caption]

The only dialogue we hear more than the classic "Kahin muh dikhane ke layak nahi choda" (you've maligned the family name). Indian parents worry shit lot about what people will say. By which they mean - their neighbors, friends of neighbors, their friends, their friends' neighbors, relatives, relatives' friends…, well, you get the drift, right? So better get the kids married right the minute they are out of college than have a downpour of say from the so-called ‘log'.

Also read: Things To Cross-Check Before An Arranged Marriage

What If Our Child Is Dating Someone?

Indian parents suffer a heart-attack the minute they get to know their kids are dating someone.[/caption]

Indian parents suffer a heart-attack the minute they get to know their kids are dating someone. All possible questioning that never clouded their head will begin now. What if she's dating a total idiot? Does he treat her well?  Does she eat meat? Is the relationship serious?

And do expect another cardiac arrest if the relationship is a casual one, say, a live-in. This is why Indian parents resort to getting their kids married before they find out about their relationships, which they absolutely dread.

Also read: Modern Couples Convince Their Parents For Love Marriage Instead Of Eloping

No Heir To Their Name: 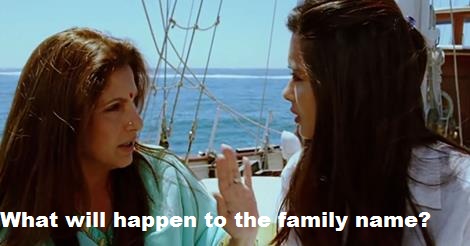 Indians care oodles about what will happen when they die. What will happen to the family name? Who will look after the legacy? Some go so far as to say that only their heir can help them attain salvation. Under such scenarios, the only motive they are left behind with, is to persuade their kids to get married and bear children who would be the heirs to their name.

What Was God's Message Again?

Mind you, you might rot in hell if you choose to not marry[/caption]

Aren't we always reminded to look at the bigger picture? What is God's purpose if not for us to live and breed? All Indian parents instill in their kids' minds that God has sent us on earth with the sole purpose to live and join him in his purposes. Didn't he say, "It is not good for the man to be alone"? Mind you, you might rot in hell if you choose to not marry and no parent would want that, right?

It's Now Or Never! 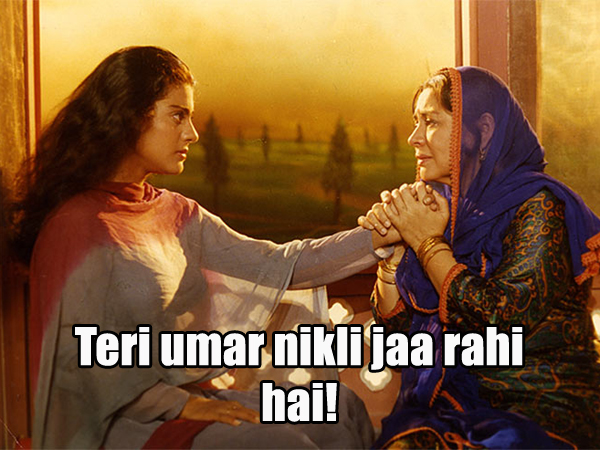 It's now or never! So decide before you deny.[/caption]

Indian parents staunchly believe that the more you turn a deaf ear to their pleas of marriage today, the more likely it is that you would end up with a divorcee or a baldy (no offence to them though).  Seriously guys, the world will exhaust of all good prospects, God forbid, if you decide to marry at 30. Half their lives, parents live wanting to see you well-settled with a well-deserved partner and the more you push marriage away from your plate, the more agitated they get. So it's now or never.

Also read: Why You Should Not Be A Mama's Boy After Marriage

Everyone Around Is Getting Married

The younger cousin who is only 25 is getting married, what's wrong with you? Your friends are getting married, some have kids too, and look at you! Aren't we so used to these frustrated sentiments from our parents? The biggest worry Indian parents harbor is what fate their kids will be assigned to, especially when all their cousins and friends are already tying knots; this leaves their kids as the laughing stock of the family.

This is what our readers had to say; and agree or not, Indian parents would go to any extent to get their kids married. If you are one of them who are protesting against the norm, do share your experiences with us.

5 Simple Home Remedies To Get Rid Of Flat Moles