The Android operating system has come a long way since its initial release on 23rd September, 2008. What started off as Android version 1.5 or ‘Cupcake', slowly began to fill the shelves with an assortment of pastry nicknames for the consecutive versions of Android. What's more? Google decided to launch these confectionery-themed code names in an alphabetical order. Don't believe us? Take a look at this list of every Android version ever made.

Now that most people are running the latest version deemed ‘Android Lollipop', it was about time someone inform the general masses about some of the more discrete features Lollipop has to offer. Don't let the simplistic nature of Lollipop's material design fool you, there's a lot more you can do with your android phone once you take a peek at what's under the hood. So without further ado, I give to you, the 7 lesser known features of Android Lollipop... 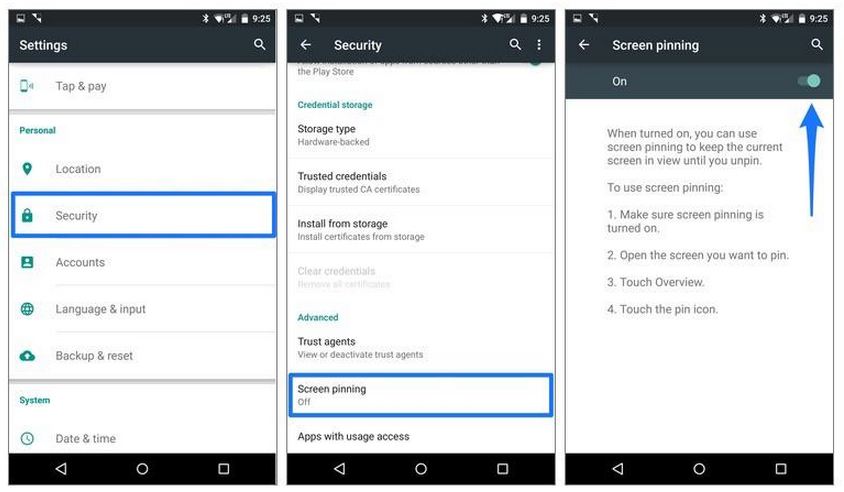 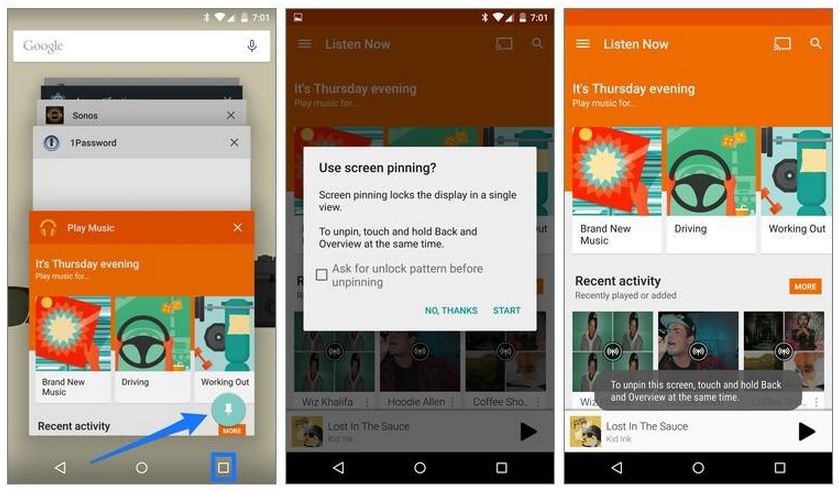 Once enabled, simply tap the pin icon on apps you wish to pin[/caption]

This is a relatively new feature added to Android which can be found exclusively on Lollipop. In simple terms, Android now offers you the ability to lock your device to just one app, so the user is restricted from invading the rest of your phone. How is this useful? Let's say your extremely meddlesome friend, let's call her "Nosy Nancy", wants to borrow your phone to make a call. Now you know Nosy Nancy is going to probably read your messages, go through your photos and check out who you've been stalking on Facebook! So a simple solution here would be to lock, or ‘Pin' your screen to the dialler app, so that all she can do is make a call and nothing more.

To understand how to use this awesome feature, checkout this YouTube video by Adrianisen:

Smart Lock just made your Smartphone a whole lot smarter 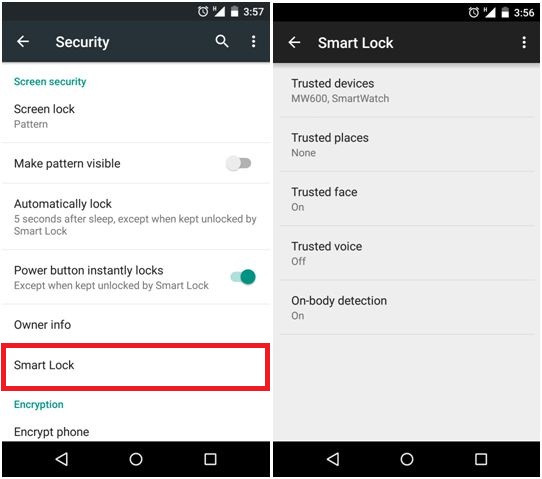 Here's how you enable Smart Lock[/caption]

This is a handy little feature to save you some time, especially if you are a person who uses the Pattern, Password or Pin lock. The Smart Lock feature can be found in Settings under the Security section. This feature will automatically unlock your device if you are in close proximity to a predefined range of Bluetooth or NFC accessories. So let's say that your phone is paired with your car's Bluetooth audio system, you can set it to be recognised as a Trusted device and you no longer need to enter your security code to gain access to your phone.  Similarly, you can also set your Home as a Trusted location, so that your device remains unlocked when you are at home. This feature gives you easy access to your Android phone when in your hands and kind of makes you feel like a secret agent, no? Pretty cool indeed! 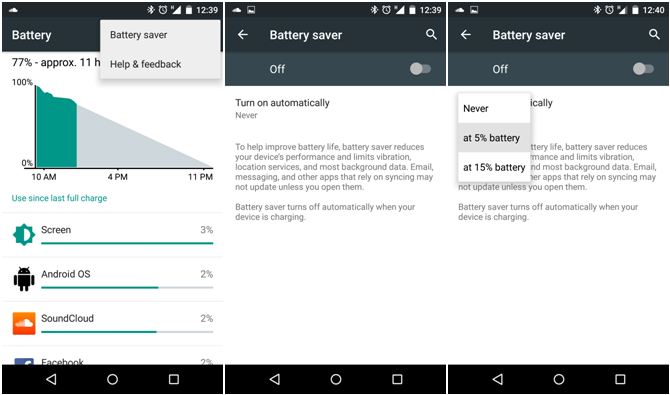 Here's how you enable the Battery Saver option.[/caption]

Everyone who's ever owned an Android Smartphone has always faced a problem with battery life. Getting over a day on a single charge would be something short of a miracle, especially on most high-end, resource hungry phones. Most people resorted to downloading third party Battery saver apps off Google Play but rarely ever got consistent performance results. Well, the lovely people at Google have heard your cries for help and have introduced an in built Battery saver function. Simply go to Settings > Battery and tap the three vertical dots in the top right corner and select Battery saver. Here you can toggle it ‘On' or ‘Off' and even set it to automatically kick in when your battery is below 5 or 15 percent. This mode will put your phone in an ultralow power consumption mode by limiting vibration, location services, background data and lowering your phones CPU frequency. Beware that apps that rely on regular syncing such as WhatsApp, messaging and Emails will not update until you open them. The feature will automatically switch itself off when you plug your phone into a charger. 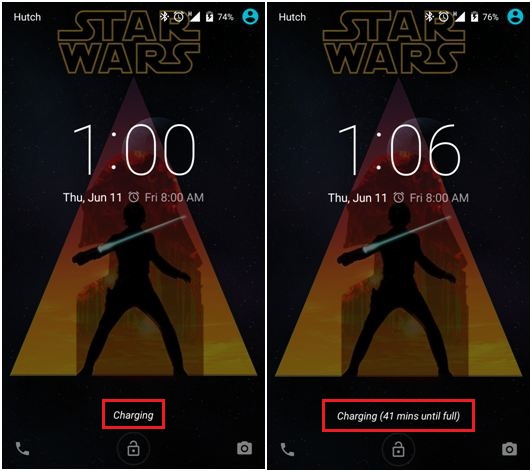 Notice how your phone's lock screen now shows you the time left to reach full charge?[/caption]

A small but rather helpful feature that most people overlook in Lollipop is the new charge indicator. Your Android now tells you just how much time is left for your battery to hit full charge! And the best part is that it displays this right at the bottom of your lock screen, so no hassles here. Check out the above screenshots to know what it looks like. Now you need to give the operating system a few minutes to gauge the battery's charge rate before giving you an estimate. So plug it in and make yourself a packet of 2-minute noodles while you're at it... Just kidding, they're banned. 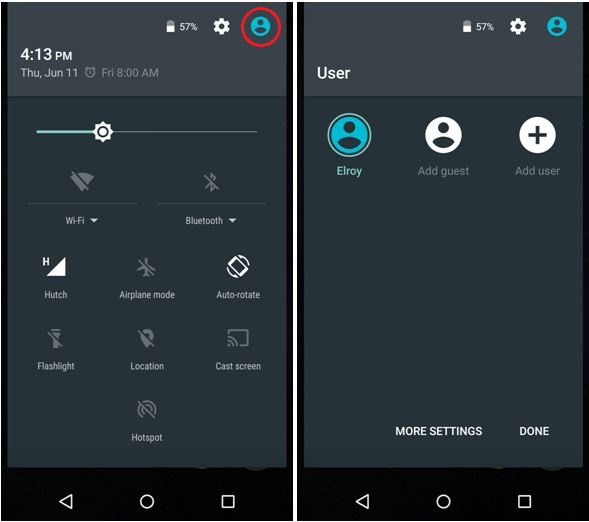 Android Lollipop has introduced a new feature called Profiles that is quite similar to Windows login users. This proves particularly useful for shared tablets or if more than one person uses a particular device. Using this feature you can set parameters as to what they can and cannot access. To use this feature, simply pull down your notification bar and tap on the Profiles icon on the extreme top right corner. By default, you will see your current profile highlighted in blue and another ‘Add guest' profile at the side of it. For even more customisation options, you will find an ‘Add user' profile option at the side of this. Don't forget to set up a PIN, Password or Lock pattern for any profile you don't wish others to have access to.

Your Dialler app is your Telephone Directory 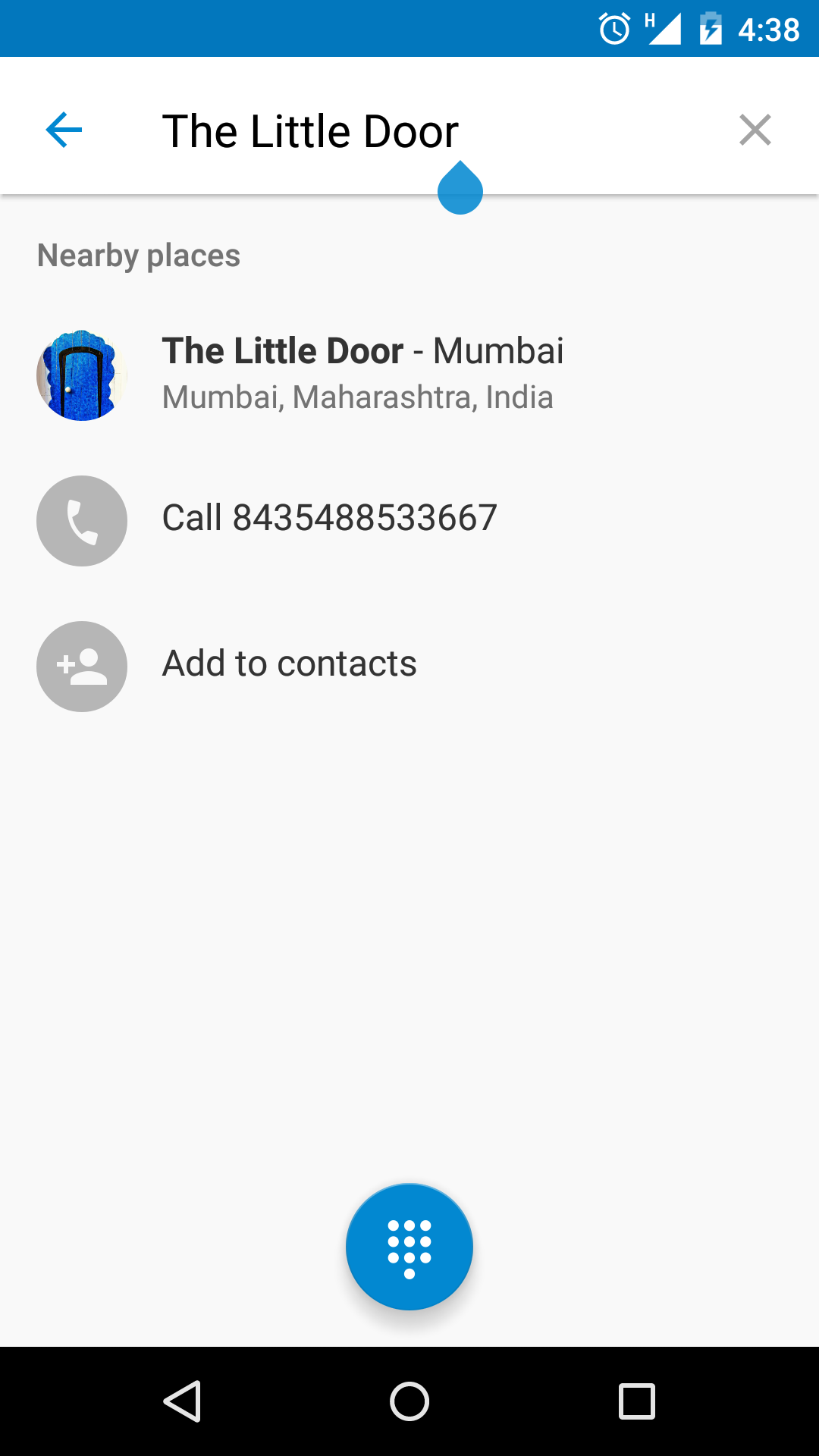 Need to call in to make a reservation at a fancy restaurant but can't find their number? Opening your phone's browser, searching for the establishment and then scrolling through the results only to realise their number has changed...  Ain't nobody got time for that! That's why the lovely minions over at Google have devised a devious little dialler app that does all the heavy lifting for you! All you got to do is type the name of the establishment in the new Dialler search box, and voilà! Results will pop up with the place's address, and you can simply tap the suggestion to call that place. Simple? 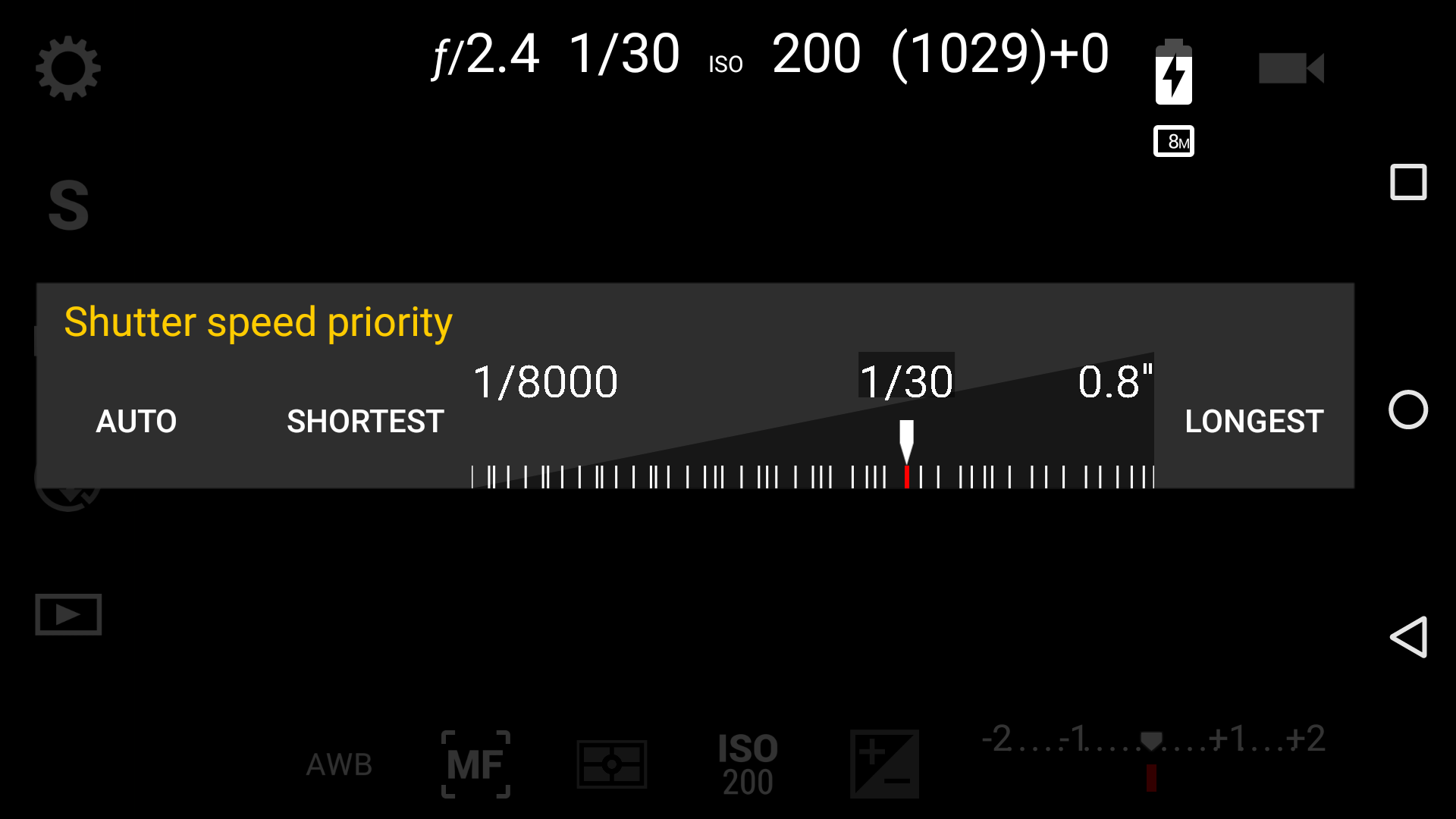 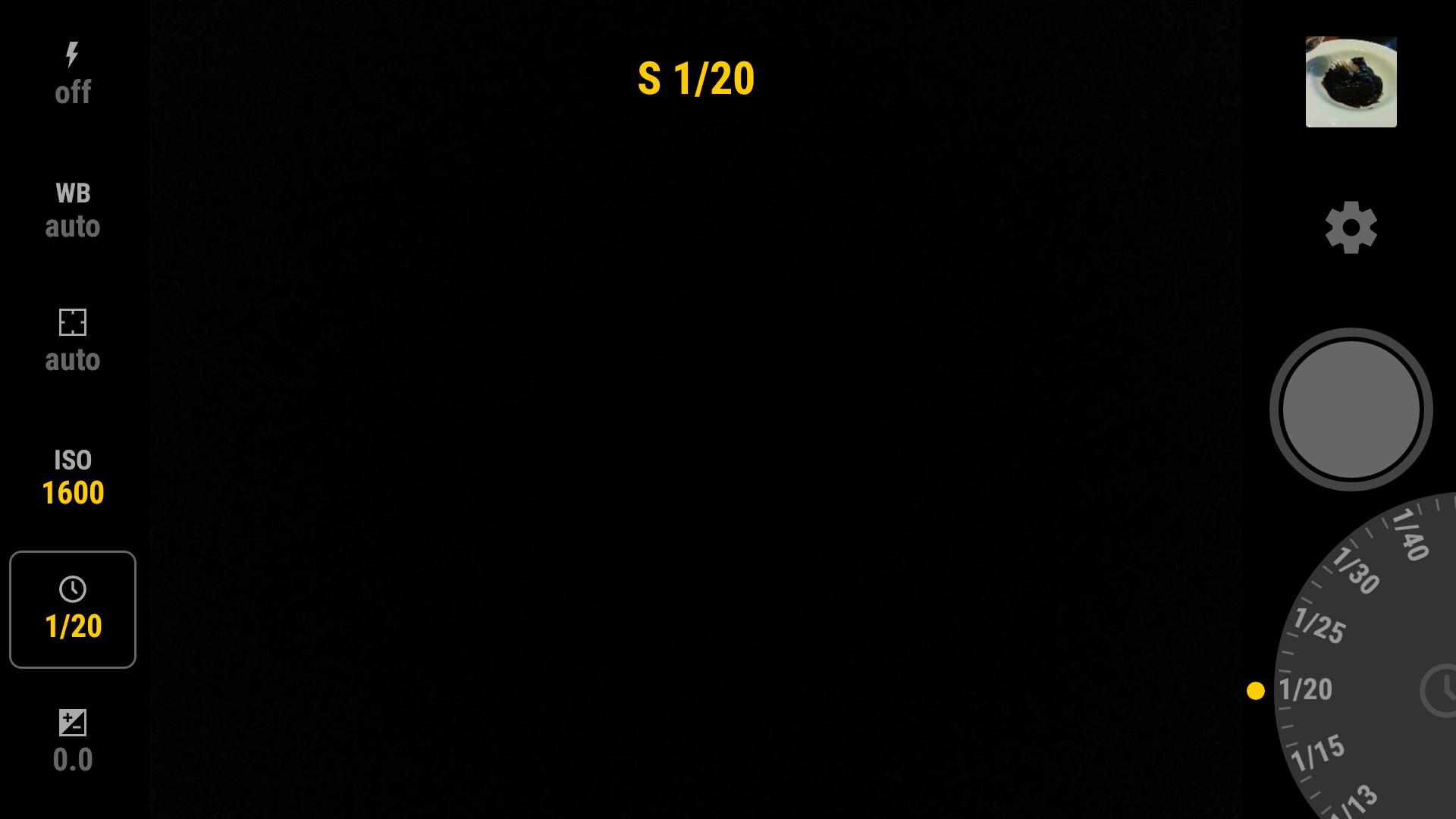 We believe in saving the best for last, and one of the best features Android Lollipop has introduced under the hood is the revamped camera driver. In simple words, the new camera script allows applications to give the user manual camera control. You can now take long exposure shots, manually adjust your phone's focus and change your cameras ISO settings. Your camera is now as close to having a DSLR feel as one would imagine. You do need the right camera app to take advantage of these new features though, and I would strongly recommend Camera FV-5 or Manual Camera. Remember, these are both paid apps on Google Play, but they are definitely worth every single penny! Let the photos speak for themselves! 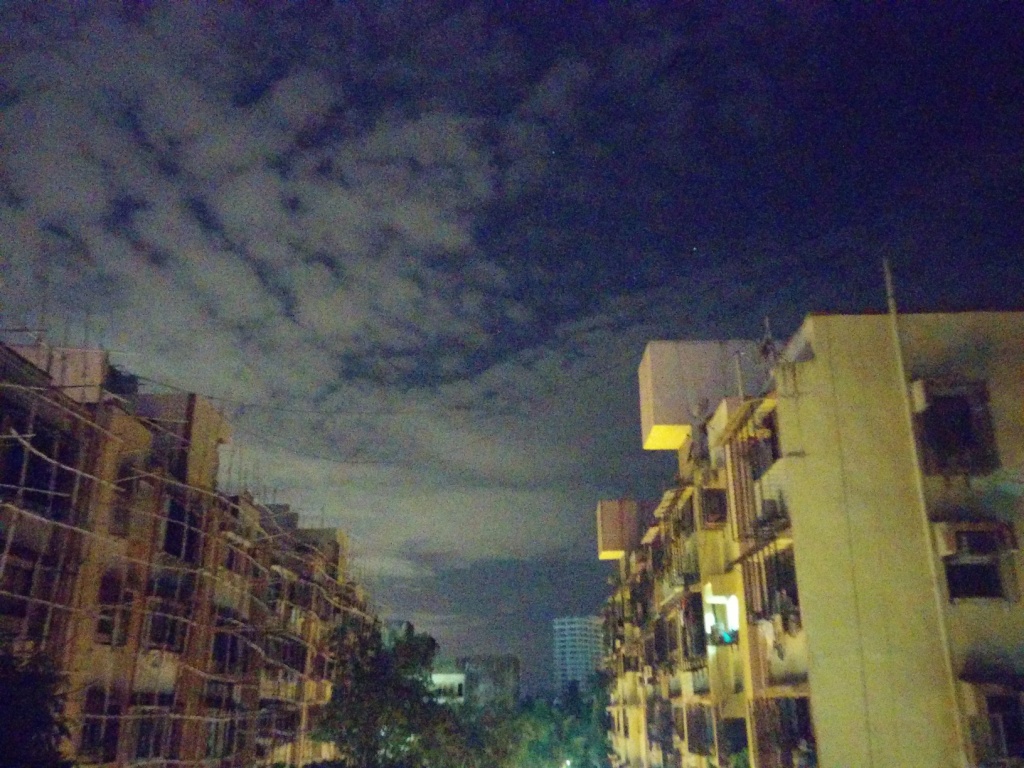 Long exposure shot: Would you believe this picture, taken by a Nexus 5, was shot at 3:00 am?[/caption] 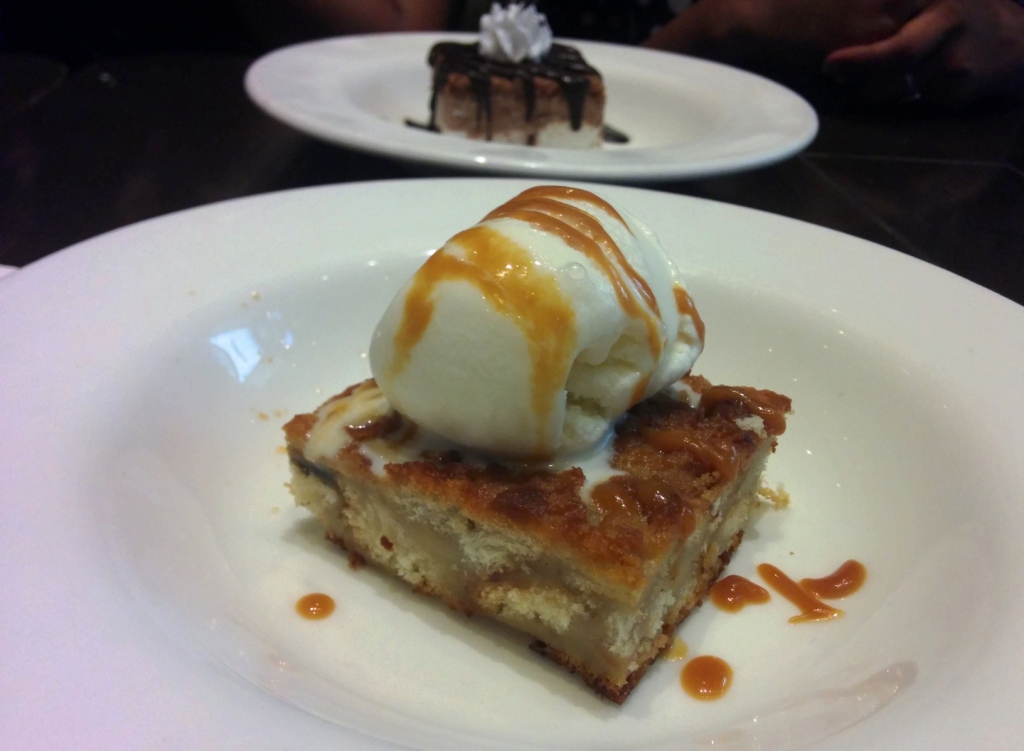 By manually adjusting the Nexus 5 camera's focus, one can achieve amazing depth of field![/caption] Android Lollipop allows you to manually change the ISO settings to get great indoor/low-light shots.[/caption]

Ways To Help Your Loved One Struggling With Depression