7 Tell-Tale Signs That A Guy Is Flirting With You

Let's be honest here girls, when guys try to flirt with us it gets a bit confusing. What I mean is when a really good looking guy is being polite and seems genuinely interested in you, it should mean he is positively flirting, right? Well, this is what happened to me – he turned out to be gay! Heartbreak! All the attention and all the casual conversation was just him being polite.

Also read: Tips To Flirt With That Cute Guy 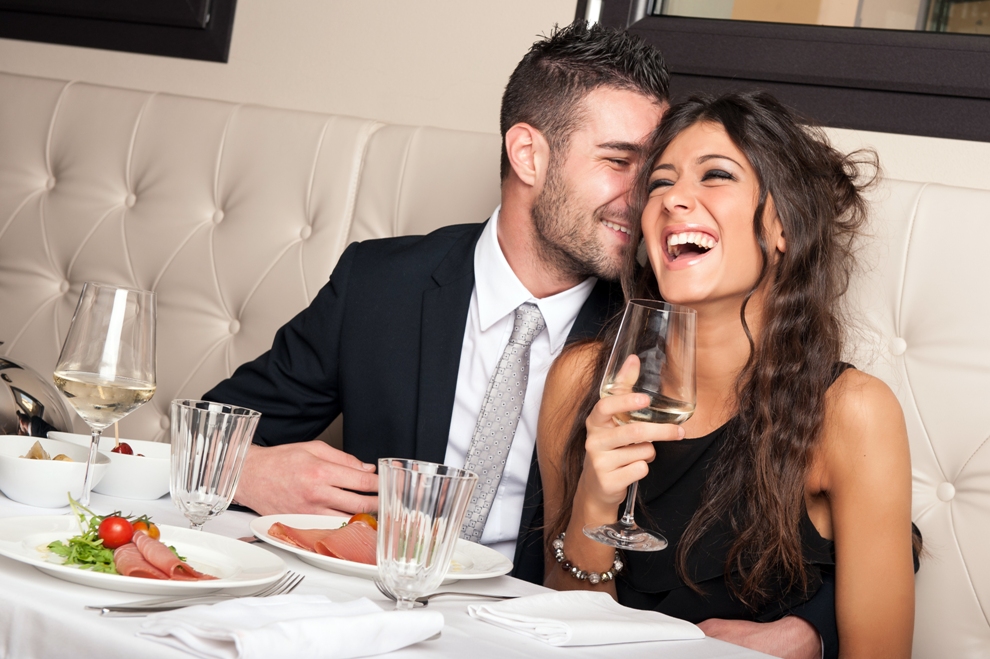 He looks you in the eye: Yes. I know most men have eyes only for other assets, but if a guy is really interested in you then he will look into your eyes as he talks. And you might even see a hint of sparkle in them.

He finds excuses to converse with you: A man who is flirting with you will try to find reasons to talk to you again. Maybe you mention a thing you like and he'll jump at it and take the conversation further.

He crosses the touch barrier: And with so much of coolness that you don't even realize what he's done until after it's done! No, I don't mean groping you on a packed dance floor. Instead, if he puts his hand on your back as you walk, or if his knees brush against yours as you sit together, these are small li'l signs that he is interested and is positively flirting.

He lets his friends go on without him: If a guy has your attention and he gets a phone call, it could be a great time to find out if he's in for it. For example, if he picks up his buddy's call, he is not really interested in you. But if he ignores the phone call (and the next one too) and instead gives you his attention, then he is surely interested in you.

Also read: Tips to stop a guy from flirting with you

He asks after you: If a guy is flirty, he will also be concerned. He will ask you how your day was, what you did, etc. Also mind you, a guy who is genuinely flirting and ‘in for it', will not just casually ask how your day was but he'll want you to elaborate on it.

He is himself around you: When a guy who likes you hangs out with you, he doesn't care about how he should behave. He likes you how you are and it makes him comfortable around you. Also, he secretly hopes you'll like him the way he is! :P

He leans in towards you: This is the most fool-proof way to find out if a guy is flirting with you. Notice his posture; if he leans in close to you as you talk, he is definitely interested. On the other hand, if he seems distracted then you'd rather be at home watching Teen Wolf.

So there you have it… 7 tell-tale signs that a guy is flirting with you! Really!

Cute Summer Hairstyles That Are Quick And Easy-To-Make

Smart Ways In Which People Take Advantage Of You