Parents regret being the ‘bad guy' soon after a series of finger wagging and yelling at children. While some regret it, many parents think it is the best way to teach discipline to their children. Also, there are times when you release your work stress by shouting unnecessarily at your kids. You may think that these words can cause them no harm as kids might not know what it means; but in reality, these words can actually hurt them. It's not just the harsh words, quite often, even the sugar coated words that you use can be a negative influence on your child's growth. Parents need to pay keen attention to what they say and how they behave as it impacts their children to a large extent.

As a parent, if you are confused on how to communicate effectively with your kids, here are 7 things you should never say to children.

Parents often end up praising their children way too much. It is understandable that you may feel amazed by the growth progress of your child, but it is important to raise your children in the right way. Terms like, ‘you're so smart', ‘you're so pretty', ‘and you're so cute' end up blanketing your children in a negative way.

Praise your children by saying, ‘yes, that's good' or ‘good, your answer is correct'. By blanketing them you initiate the sense of failure within them. For example, if your son bags the third prize in a competition instead of the first, he will consider it as failure. Constantly calling him intelligent and smart makes him so ambitious that he wouldn't be able to tolerate being anything but the best. Eventually, these children begin to wonder whether they will be loved the same way even if they face ‘failure'.

By claiming your son to have ‘the best memory', you are pinning an identity label on him. This pressurises him to keep up to the title at all times. Eventually, he ends up being a person who cannot accept failure. This might be just a form of appreciation from your side; but repetitively appreciating and labelling your children can create a negative impact in your children's growth. They grow up to be over confident and aggressively competitive adults. It might be hard to believe, but their growth depends on how you treat them.

Parents encourage their children to ask ‘why' for anything and everything. This is to basically instil curiosity and the need to be aware of facts. But, with too many questions coming, parents can easily get annoyed. Papa, why do cars have four wheels? Papa, what is the name of that building? Papa, where do chickens come from? Are these questions already annoying? This cannot be a good enough reason for parents to give random answers. By giving inappropriate answers you are disabling the growth of thinking and reasoning capacity in children. 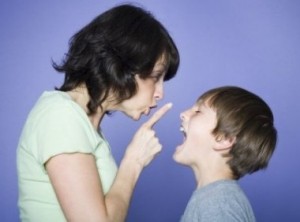 Committing a mistake implies bad behaviour; not bad boy. Children cling on to words and phrases faster at their young age. They may easily get affected because in their world bad boys are normally referred to thieves and big time culprits. Calling him a bad boy will make him think that he has committed a crime equal to that of the criminals. Would you want your little one to be affected in a bad way? 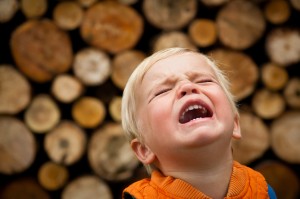 Children are humans too. They have all the rights to cry and let out emotions. Many parents teach young boys to stop crying by referring them to be a ‘girl' while doing so. Does this mean that men are machines with no tear glands? When a person is frustrated or vulnerable to a situation, crying can make him feel lighter. Stop naming activities and emotions according to genders and respect the fact that all humans have emotions.

This is a very common mistake by parents as well as relatives. If a boy enjoys being a part of the cooking process, they call him a ‘girl'. How is it possible to name activities gender wise? There are women who have defeated men in sports; does that mean that those girls are not from the female population? By forcing your young boy to ‘be a man', you are incorporating the idea that women form the weaker sex. Let gender discrimination stop with our generation. Let's encourage our children to be ‘themselves' instead of referring to words than can be detrimental.

"You need to be fast"

Parents always push their children to do their work faster, when this is their age to enjoy life. Let your child admire small things. For example, if you want your child to put on his shoes fast and get into the car, don't rush him. Let him put on his shoes at his own pace. Allow him to enjoy his walk from the doorstep to your car. He may even chase a butterfly in the mean time; let him. Help him have the best childhood through small deeds as well.

With children around even elders forget their age. Enjoy their childhood and your adulthood without committing the above mentioned mistakes.