The kind of men you'll have in your life as a girl depends on your preferences. But, that in no way means that you won't encounter different kind of species of male. While some may give you good experiences, the others can be downright outrageous. Read on to know the types of weird men a girl can expect to meet.

Some guys are just addicted to the gym. You go to the gym any time of the day and all you'll see is the meatball pumping iron like there's no tomorrow. He's likable and you'll try and cosy up to him, perhaps even go on a date. Only to realize that he has got his protein shake along, because hey, he can't miss it!

This guy is a loser from the outset. You'd probably be wondering why you dated him in the first place. He's all negativity filled in one body. Agreed he may be hot, but that doesn't mean you bear the  brunt of his traumatic past. Especially, if he isn't doing anything to deal with it. 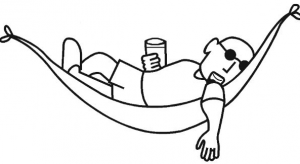 Aaargh! Your reaction even when you start thinking of him. Though good at heart, this lazy bum's chilled out attitude gets to your nerves even now when you think of all the incidents. His motivation to do anything is the number that Aryabhatta invented i.e. 0. And once the dust settles down, you are not at all sad for dumping him.

Okay, as a girl you are expected to spend time in front of the mirror. I'm not being rude, but that's a fact. But, the self obsessed guy can beat the s**t out of any girl when it comes to self pampering.  He probably was told at a very early age that he was hot, perhaps he is, but he has taken it seriously. Unfortunately, you'll have to pay for it if you invest in him.

Good guys are just that ‘good'. They are all rainbows and unicorns. They'll open the doors for you, give you flowers, gift you pink teddy bears, and all of a sudden you'll be in dreamland, only to get bored in a few months' time. Sounds sad, but it's true. 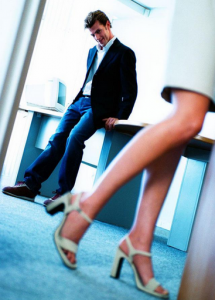 There are high chances you'll meet this guy at the bar. The moment you see him, the sparks will fly. He is adorable, so that's okay. Is a smooth talker, so that makes you comfortable. But, pretty soon you realise that he is a total pervert. His idea of a date is between the sheets. You'll obviously find that a turn off and there's no way you're seeing him after that.

Alert: Bring out the tissues! Okay, it might sound insensitive, but it's true. He is such a sissy, that it is a piece of cake for him to start crying. You might even want to ask his mother, what went wrong. Clearly the one to be given a miss.

Now, I don't need to tell you what to do in case you do come across such guys. We wouldn't bet against you staying the distance with any one of these guys. Jerks have their own charm after all.

Acrylic Nails Dos And Don'ts For The Nail Enthusiast