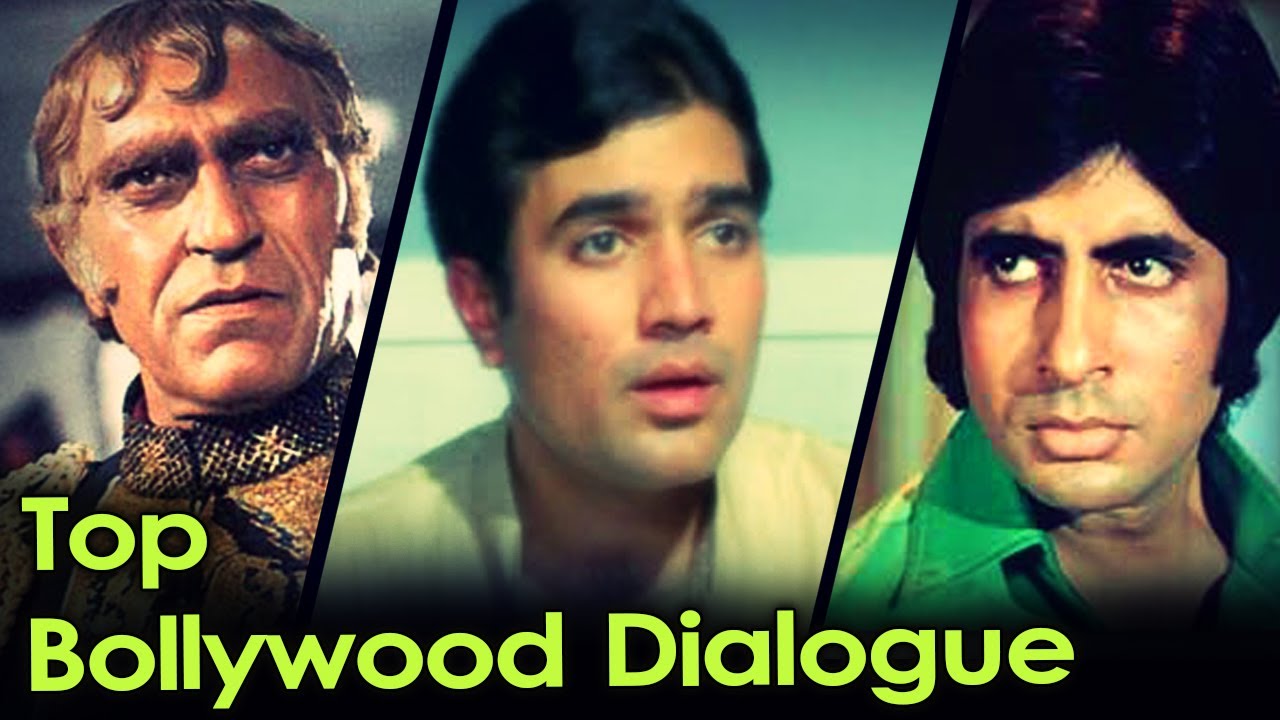 We always find situations where we use one of the many famous dialogues from Bollywood movies, may it be ‘Bade bade shehron mein aisi chhoti chhoti baatein hoti rehti hai, Senorita' or this ‘Yeh haath mujhe de de, Thakur'. As we grew up watching Bollywood movies, Bollywood grew too. There are n number of movies releasing every Friday, though, we never forget the iconic movies that gave us such iconic scenes and dialogues that we still use it in our day to day life. Here are some of those iconic scenes that make Bollywood, BOLLYWOOD! 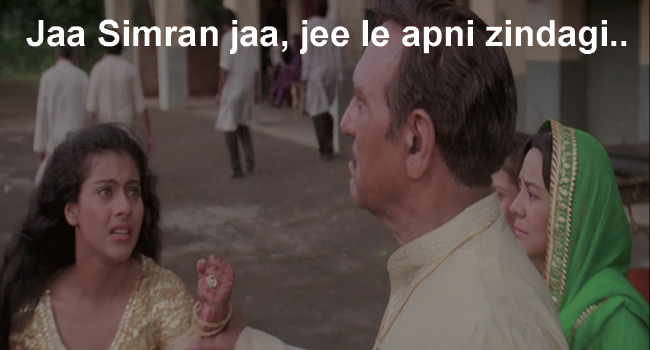 After this brilliant scene between Amrish Puri and Kajol, Amrish says, "Jaa beta jaa, Jee le apni zindagi." how many times have your parents said the same dialogue when you ask them their permission for a night out? :P 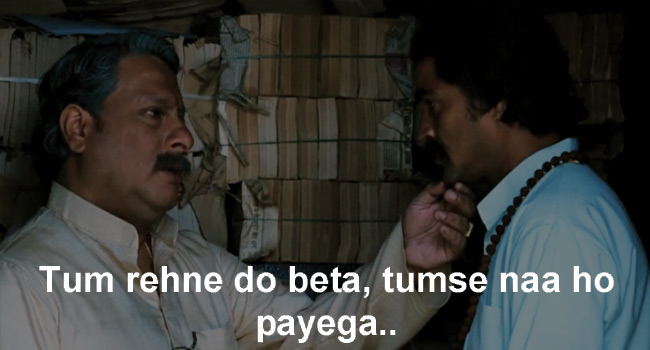 Whether failing in Maths or trying to impress a girl, there will always be a friend who will tell you this - "Tum se na ho payega". No doubt Gangs Of Wasseypur is one of the most amazing movies ever made in Bollywood with actors such as Nawazuddin, Manoj Bajpayee and Pankaj Tripathi. 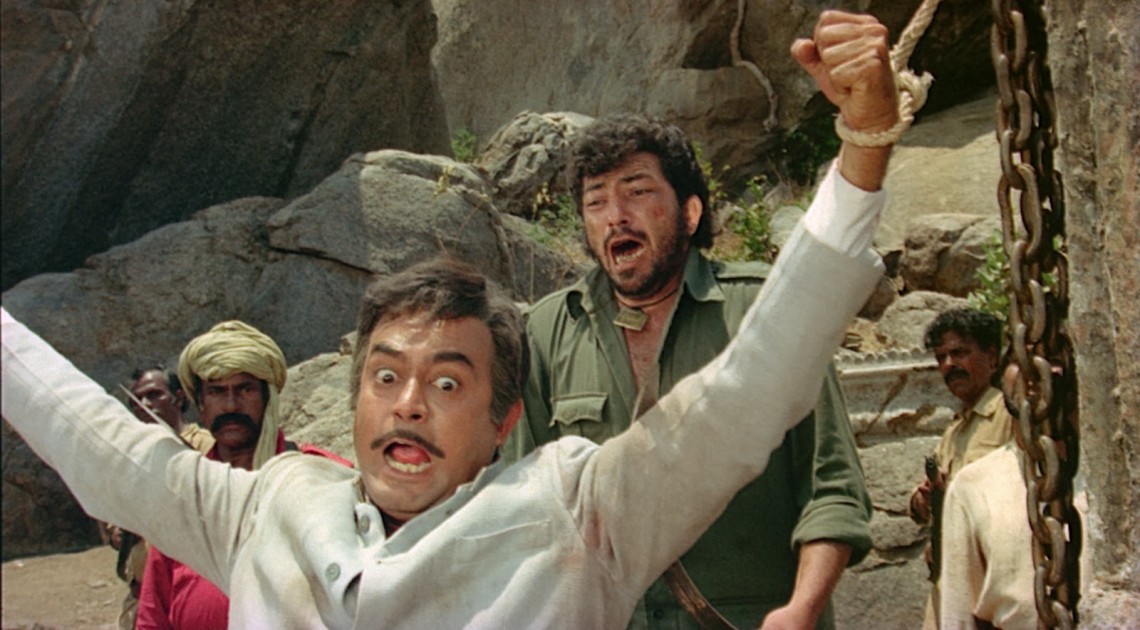 Sholay is still remembered as one of the most loved and favorite of all Indian audiences of all time. The movie gave us more than just one dialogue which is still said by many. ‘Kitne admi the?', ‘Basanti, inn kutto ke saamne mat nachaaa', and many more. 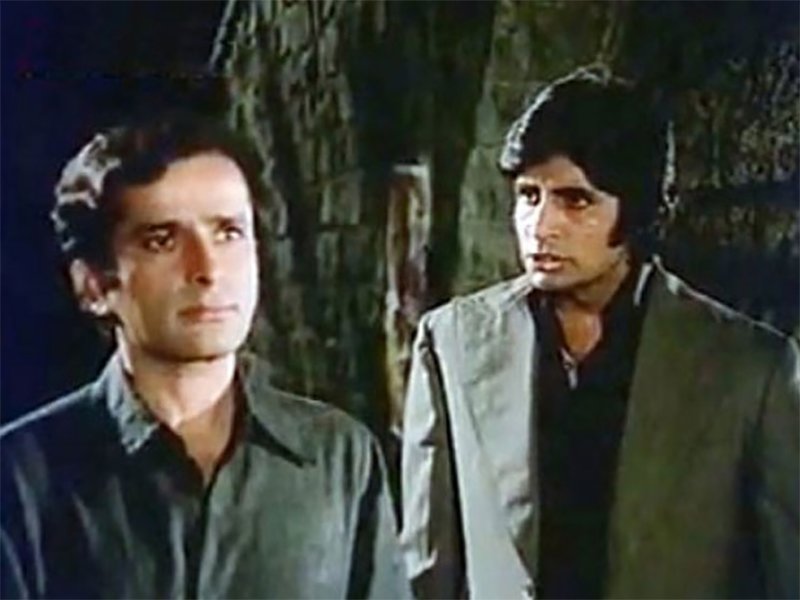 Whenever there is a fight between you and your sibling and somehow mothers always side with the younger sibling, that's when this dialogue plays in background, ‘Mere paas MAA hai'. 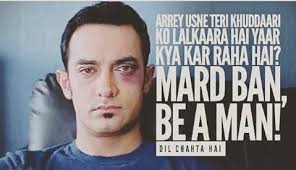 Ever been in a situation where your friends are forcing you to go party with them or drink the last 10th beer bottle of the night and when you refuse, they taunt you with this famous dialog from this movie starring Aamir Khan, "Kya kar raha hai yaar, MARD BAN…. Be a MAN!"? 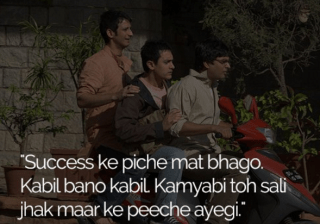 I haven't come across any being that hasn't liked this movie. It not only is funny, witty but tells us the harsh truth about many stages of our lives. But there have been many scenes that left us gasping for air and our cheeks hurtful, Example, Chatur's speech, "Balaatkar pe balaatkar karenge" or "Jaha pana tussi great ho, tofa qubul karo", or this one "I didn't do it, RAAJUUU." 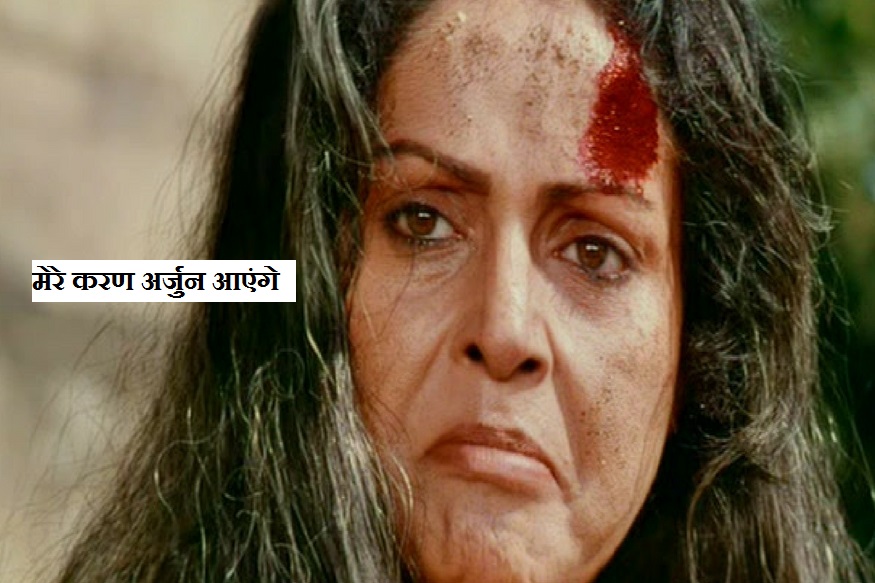 Karan Arjun might have brought together the two biggest stars of Bollywood, Shah Rukh and Salman Khan. However, it's their on-screen mother and veteran actress Rakhi who stole all their thunder with just one scene, "Mere Karan Arjun aayenge".

"A happy woman is a myth", this scene from PKP made everyone relate so hard with Kartik Aryan as he ranted about his girlfriend for about 5 minutes. It went on to become of the most famous and shared scenes from Bollywood movies.

Tell us about your favorite scenes and dialogues in comment section below ;)

Apps that help you lose weight

5 Droolworthy Popsicles To Keep You Cool This Summer