15 June 2014 was World Father's Day; but the day quite literally became #KickTrailerDay across Twitter world, as amid a lot of fan and media frenzy, the trailer of Salman Khan starrer ‘Kick' was released. I too decided to be one of the early few ones to check out the trailer, and was glued on to the YouTube page that would first unveil the trailer. And to my delight, I was the 26th one to view the trailer on YouTube in the whole wide world! :D

Anyway, I watched the complete trailer with excitement, and re-watched it only to enjoy it again! And now, let me tell you which are the scenes that gave me an adrenaline rush, and also those scenes that made me smile with an "Oh, wow". 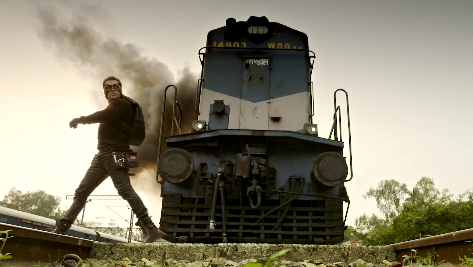 By now, every Salman Khan fan knows that the superstar considers a train to be his lucky charm. He tries to include a scene involving the railway station or train in every film he does – be it ‘Tere Naam', ‘Wanted', ‘Bodyguard', ‘Dabangg' or even ‘Ek Tha Tiger'. And now, ‘Kick' has some too! What's more, the way the superstar gets off his speeding bicycle only to calmly walk past the zooming train… oh my god… I played this scene again and again and again only to watch it keenly each time!

Bike dashing into a helicopter

If you thought that the bike stunts in ‘Dhoom 3' were out of this world, then check this one out! A flying super bike heading right into a helicopter! Does it escape? Does it bang? Does Salman jump off in time only to let the bike crash into it? Well, nobody knows! Let's wait till the movie releases to know the fate of the bike here!

Many Salmans in one frame

Fans can't get enough of one Salman Khan, and here we have not one, not two, not three… but numerous Salman Khans in the same frame! What else could a Salmaniac ask for! Oh ya, and the dialogue "Dil mein aata hu samajh mein nahi" - killer!

Towards the end of the trailer, Salman jumps off a super tall tower dangling on a fire hose reel. Of course, the exciting "bungee jumping" (if I can call it that) also offers an amazing panoramic view of the city. Now that's amazing cinematography and direction, of course! And yes, how can I forget the dialogue that also is a subtle reminder of the film's release date – "Abhi Eid aa rahi hai, aur woh apni Eidi lene zaroor aayega!" 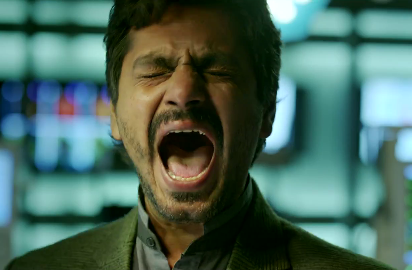 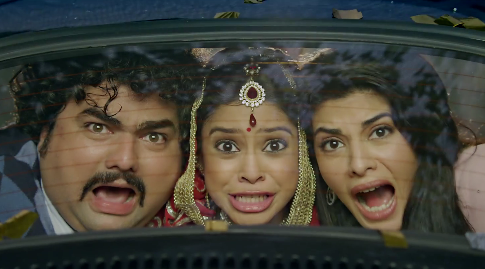 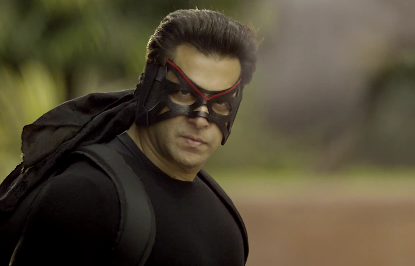 "Devil" – the name itself is so cleverly decided upon![/caption]

Anyway, Salman is coming this Eid with ‘Kick'. Are you ready already?