9 things to tell people who urge you to make babies!

Pregnancy is a beautiful feeling; pregnancy is something many ladies look forward to in their lives, but pregnancy is also a personal choice. Unfortunately, people (especially the ones with kids) often forget the latter and try to somehow force their opinions on women who don't feel the same way on having babies. So listen up ladies, here are some of the things you can tell people who keep asking when your ‘time' will come next during every baby shower! 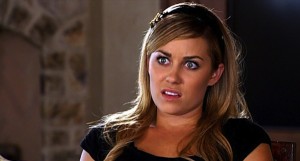 Some questions can really annoy you![/caption]

What they say: "Hey! You're turning 30 this year, isn't your clock ticking?"

What you tell them: "The only clock that ticks is my alarm clock which I repeatedly ignore every morning. Why on earth will I pay attention to a clock one can never see unless they're on some mind altering substance?"

(Also read - How safe is it to upload photos on social networking sites?)

What they say: "Not having kids is unnatural, you're a woman and you are supposed to have babies!"

What you tell them:  "You know waxing is unnatural too; do you stop doing it? Also, in the past, women were denied an education and were meant to stay at home… times are changing, aren't they?"

(Also read - Benefits of getting married in your twenties)

What they say: "You become a real woman when you have kids."

What you tell them: "Hmm, that means I'm a robot right now? Or my ‘female' body parts are fakes? How did you know? Can you tell without touching?"

Sometimes you got to be witty with your answers[/caption]

What you tell them: "I also thought I'll be a great astronaut, but I got like 8 marks out of 80 in physics so…"

What they say: "But babies are so cute!"

What you tell them: "I know! That's why I'll play with yours and hand him/her over to you when he/she starts crying! Isn't that great?"

(Also read - How to earn respect in social situations)

What they say: "You won't know what true love and true pain is till you have a baby".

What you tell them: True love? Ryan Goslin! True pain? Dude, did you see The Red Wedding? Have you heard of Game Of Thrones?

What they say: "What will you do with your property, your hard earned money? Who will take your family name forward?"

What you tell them: "You know, there are many charities around who might use my money better than the bratty kids I might have to leave it to. Also, my surname is Verma; there are at least a thousand Vermas in Mumbai itself; so my family name is well taken care of!"

What they say: "Who will take care of you when you grow old?"

What you tell them: "A nursing home where I can watch TV all day, and where someone gets me cooked meals throughout!"

What they say: "You will become a responsible person after you give birth."

In love with Arjun Kapoor and his stubble? Don't miss this one then!