Here Are The Biggest Carnivals Held Around The World
Pet Love

Are Animal NGOs Not Meant For Street Animals In Need?

It was about 8:30 PM and I was packing up for the day all geared up to begin my weekend, when all of a sudden my colleague Priyanka called me up. She sounded frantic as she told me that there was a badly injured dog lying bleeding in the middle of the road near a divider. The reason she called me was she knew I had a friend who was associated with PETA. She told me to call him up immediately and update him as to what has happened to the pooch. I went on to call up my friend whose number, to our bad luck, was unavailable. At this moment, I started to panic a little bit. Priyanka called up again to know if anyone is coming to save the dog, but sadly no one was interested in saving a life that day.

My other colleagues, Karen and Aaron, overheard my conversation with Priyanka and they immediately got on to their phones and started calling as many NGOs as they could. While a few of them did not answer, an NGO called Bird Helpline was, according to me, the most apathetic helpline for animals. The reason being, we called them up and stated the situation of the dog, and the lady on the other side indifferently replied, "Can you get the dog tomorrow, today is not possible." We were shocked by her response. What if the dog didn't survive until then? Where would we take that fully grown, adult dog until then?

After this, Aaron told Karen and me that we should go and help out the dog ourselves. So we quickly left office, got into a rickshaw and headed towards Oshiwara West where the dog was. We spotted Priyanka standing near the divider in the middle of the road trying to protect the dog from oncoming traffic. We rushed to check the pooch out and were shocked to see the dog's state. His skull was visible, and there was blood dripping out of his head, neck and fore limbs; the worst part was that there were maggots in the wound. The poor fellow tried so many times to get up but he just wasn't able to.

Again, we tried to call up a few NGOs with the hope that at least one of them would come to rescue this helpless creature, but all in vain. We wondered if these high profile animal NGOs are indeed out there to help treat the needy animals. That reminds me… one of these NGOs mentioned, "We do not treat strays!" Really!? Then whom do you treat? Do pet dogs need an NGO to be treated? I thought that's what a vet's clinic is for!

Luckily, one of Aaron's friends shared the contact number of a trustee of an animal NGO called Ahimsa. The trustee said that he was not at the hospital, but if we agree to go there he will call up the NGO and tell the onboard attendants to treat the dog. We thought god may have finally heard our prayers.

Now the task was transporting this poor chap till the hospital. His head was entirely damaged, there were maggots running all over his body; so we obviously could not pick him up without appropriate precautions. 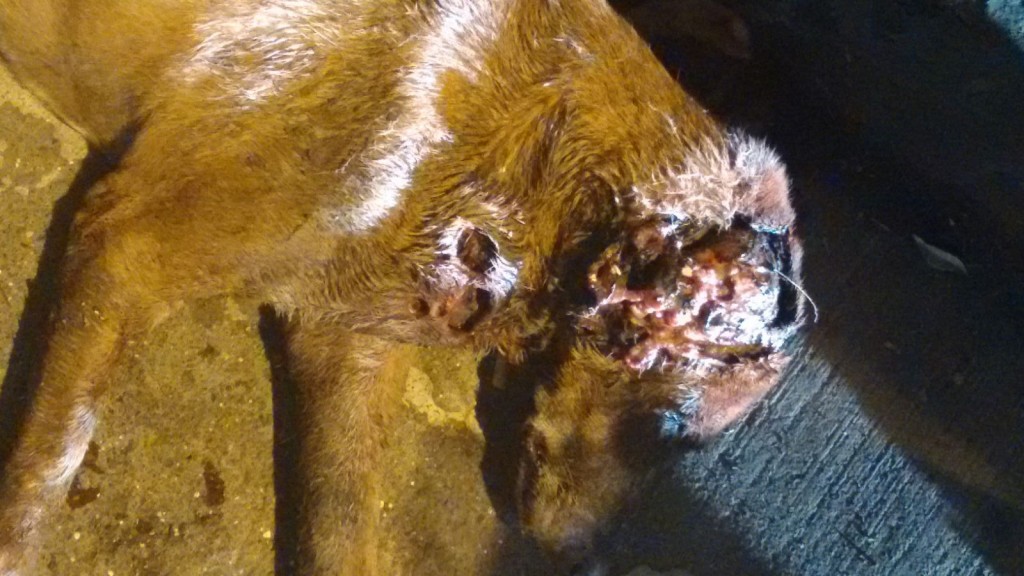 The dog that was gravely injured[/caption]

All this while, I noticed people in their cars and on bikes passing by, looking at that poor mute fellow, making faces, exclaiming about its condition and leaving without any consideration.

While the deliberations were on about how we could take this dog to the hospital, I noticed a guy passing by in a car; I ignored him thinking he is just like the rest of the onlookers. But, I am glad I was wrong.

After a minute or two, I heard someone asking us what has happened. I turned around and it was the same guy from the car. I told him about the situation, to which, without any hesitation, he said, "Please put the dog in my car and we will take it to a hospital." We found a gunny sack from somewhere and put the dog on it. We lifted the sack by the ends and placed it in the man's car.

We drove to Ahimsa located in Malad near Inorbit Mall. There, the ward boys refused to help the dog as no doctor was present at this odd hour – 11:30 PM to be precise. How is it that a dog welfare centre does not have a doctor at night? Do they think that accidents happen only during the day? Anyway, at least administer first aid! But no! They refused to budge! We were furious by now.

The gentleman who helped us bring the dog here in his car, Jatin Sethi, said to us, "It's no point arguing with them. I will personally take the dog to Parel hospital." What touched us even more is the fact that Jatin stayed close to where we were right now, in Malad. But he had no problem driving it down all the way to Parel (that's almost an hour away) at this hour of the night!

Jatin asked us to leave for home as he took the dog to the government hospital for animals. We took down his number to get updates… and hopefully positive ones… about the dog!

Later, he informed us that the dog has been admitted in the hospital and will be taken care of. We were so relieved and happy that we saved a life.

But that happiness was short-lived, as Jatin informed Aaron the next day that the dog passed away since his injuries were severe and were left unattended for nothing less than three days.

This was a very upsetting moment for all of us, but we did all that we could. We would really like to thank Jatin who was like an angel in disguise. When people (or NGOs for that matter), who we believed would bail that dog out, let us down, he appeared out of nowhere to help us.  Thank you so much Jatin for all your help. We hope that there are more people like you in this world. 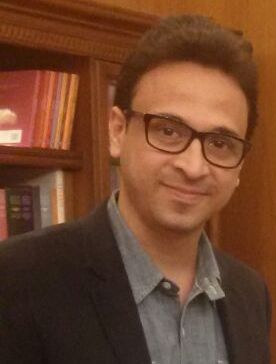 Narotam, an animal lover, recalls, "Back in 2011, I saw an abandoned old Labrador Retriever at Juhu beach. He was repeatedly looking towards the road as if he's anticipating someone. He even got up several times, went to the lane outside Novotel hotel, and came back dejected. Because I used to go to the beach for a walk every evening, I noticed this dog for three-four days, still awaiting his master who had abandoned him. I called up some high profile animal NGO. The lady there asked me to email her the pictures of the dog. I did. She said she will send help soon. Three days later, I saw the dog dead near Novotel."

A former PETA member, on the condition of anonymity, revealed, "There are several instances when PETA has proven to be apathetic to animals in dire need of medical assistance. I remember this one incident distinctly. It was at Bhavan's college campus, Andheri West. A stray dog, attacked and bitten by several other dogs, was badly wounded on the neck and was bleeding profusely. Being a PETA member, I immediately dialed the emergency care team's number and asked for their help. That is when the nightmare began. I was not only made to call up several numbers but was also made to wait for minutes together while the call was routed from one person to another. Despite several calls made, no help was available."

Our source further said, "It is awful that an NGO that receives massive amounts as donation for animal welfare neither had ‘a free van' nor ‘assistant' available. I was told to wait with the bleeding animal for more than 2 hours with hopeless promises that someone would attend the matter at hand. Tired, I had to seek help from a lady who, all by herself, helps animals in distress. She not only attended the call but also arrived with her van and some medical kit, and administered drugs to the dog."

Thus, clearly, the high profile NGOs are doing nothing for the welfare of street animals, while these anonymous good souls help an animal in distress and vanish in the dark night not craving for any publicity or hype.

As for the much hyped NGOs that claim to be ‘ethical', ‘lifeline', and for the ‘welfare' of animals, there's just one question for you – do the lives and well-being of street animals not mean anything to you?

What Makes Her Your Perfect Better Half

Danger Signs To Know When Your Girlfriend Is Mad At You