Are The New iPhones Really Worth All The Hype?

Why do people buy iPhones? Is it the looks? Is it because of the features? Ask any self-righteous iPhone user that question, and you are sure to get a reply on the lines of "Because, dude, it's an iPhone!" said with a very smug look on their face. 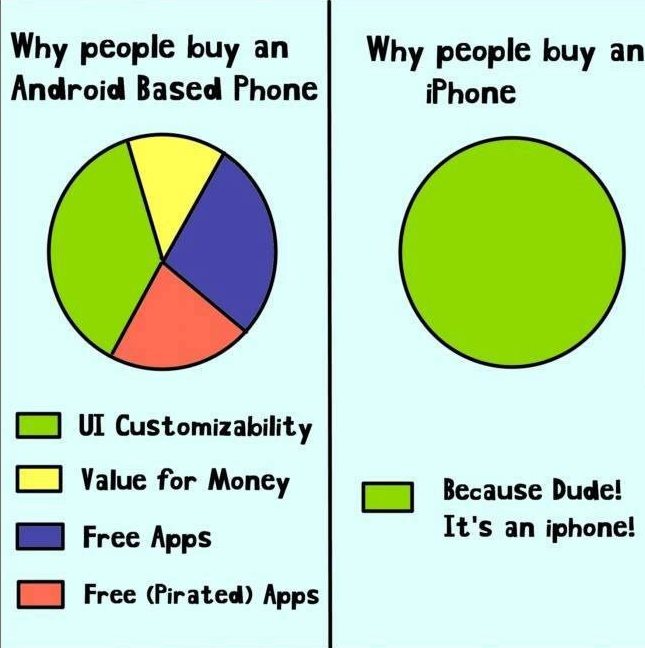 In recent years, with Android dominating the market with phones that cater to a range of price segments, the Apple iPhone is slowly losing its ground. So the question remains, are the new iPhones really worth all the hype? Let's take a look at some of the reasons why an iPhone may not be the ideal choice in this day and age.

One of the obvious reasons why it doesn't make sense to own one of the new iPhones is the price factor. Priced anywhere from 54,000 to 83,000 INR, it would make more sense to buy each of your family members a Galaxy S5 which has all the features of an iPhone 6 Plus.

But an iPhone has all these fancy new features!

NOT! Sorry to burst your bubble, iPhone fan boys, but those features you "just received" on your new iPhones, were on Android devices more than a couple of years ago. Just look at the image below for a list of features that were on the Nexus 4 in 2012, and have slowly made their way to the iPhone 6 in 2014! 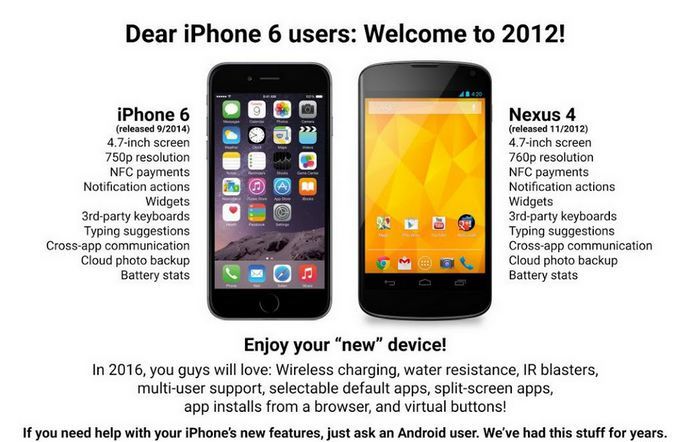 Fine, but the iPhone 6 has a great camera!

Well, Apple lovers, the iPhone 6 decided to stick with the same old 8 megapixels iSight camera seen in its predecessors, albeit with a few upgrades. Amongst the list of upgrades is optical stabilisation (Oh, like we've seen in countless Android devices years ago), time-lapse videos (who hasn't tried that on Android already), ‘Focus Pixels' technology for superior autofocus and HD 1080p video recording at 30fps, or now 60fps as well (*Yawn* already there in most Android devices). The iPhone camera is indeed... cute.

Right then, say hello to my little friend – The Samsung Galaxy K zoom! Now if that isn't a camera, I don't know what is. One of the few camera phones out there that has a telescopic 10x Optical Zoom lens, the Samsung Galaxy K zoom features a 20.7 megapixels camera, auto & manual focus, optical image stabilization and a long list of camera modes that would require an entire article to explain. 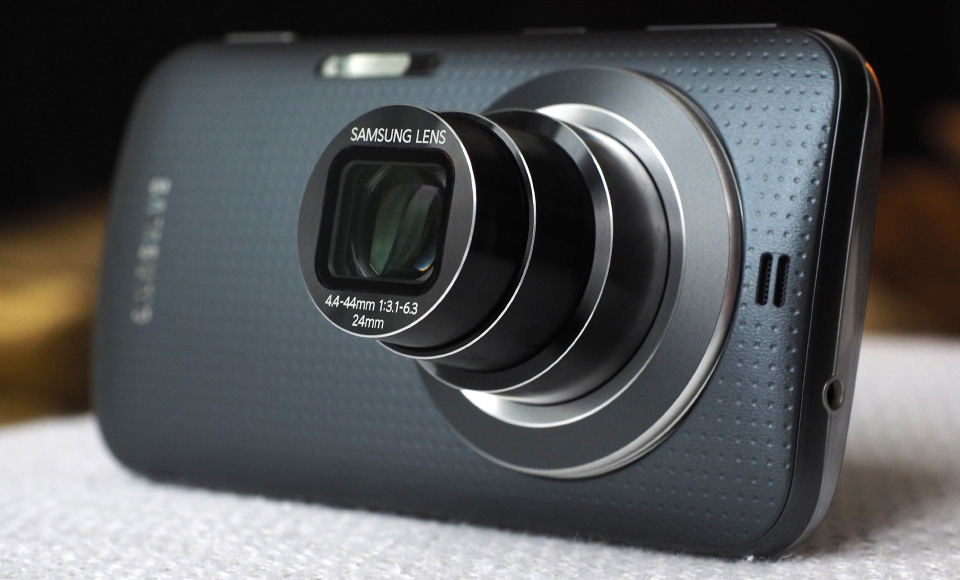 Well, the design of an iPhone is sleek, elegant...

... and bends to your will, literally! Oh, have you not heard? The iPhone 6 Plus is so slim, you can bend it with your bare hands. Don't believe us? You can try it out for yourself; just remember to get it insured first. We'll save you the efforts and the money... you can watch this gif instead: Now that we explained reasons why an iPhone may not be the best choice out there, it is fair to mention that the iPhone is very simplistic and user friendly. If money isn't a concern and you are looking for a simple yet elegant device, by all means go for the iPhone 6. If you are on a budget and want a feature packed device, consider looking for an Android or a Windows Phone.

For The Tea Lovers: Our Favourite Chai Recipes With A Twist

5 Side Effects Of Long Distance Relationships