The Numerous Benefits Of A Relaxing Salt Spa

Imagine yourself relaxing in a comfortable arm chair. The whiff of salt surrounding you and soothing you. Where do you think you are? The most likely answer is the beach. However, that is not quite what we had in mind. You can get the exact same experience mentioned above in the new-age therapeutic treatment that is offered by salt spas. So, what are these salt spas? Let us have a look.

It was an old Eastern European tradition to spend time in natural salt caves for various health benefits, and this is exactly what has given rise to its modern counterpart. Since there aren't many salt caves around that are accessible to all, manmade rooms made to mimic salt caves are built. The first room of this kind was built by Dr. Boczkowski a Polish physician after he observed that salt miners had fewer health related problems. 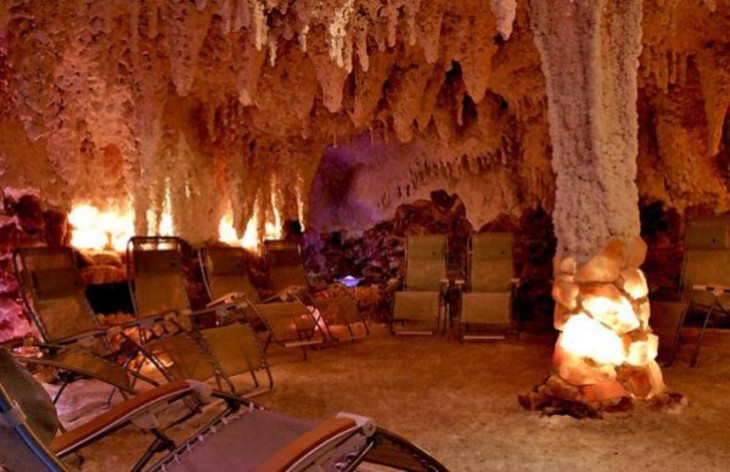 A salt spa can have many health benefits[/caption]

Although there is no strong medical evidence to back the theory that salt caves are actually beneficial for health, salt spa owners maintain that salt helps with treating various skin conditions such as eczema and psoriasis as well as respiratory conditions such as allergies, colds, bronchitis and asthma. Also, it is believed that a salt room is pathogen-free as the germs that do enter the room won't be able to survive because of all the copious amounts of salt.

Presently a large number of salt spas have popped up in various American cities to supply the increasing demand of people who want to avail the benefits of salt. After its gaining popularity in the USA, in India too this trend is gaining momentum.

So what exactly do you do in a salt spa? Not much really, except  relax and maybe even drift off to sleep. In a salt spa, you are provided with arm chair to rest on. No magazines, no cell phones. Just relax and breathe in the salt.

Proven health benefits or not, the concept of a room made to mimic a salt cave sounds very exciting. We can't wait to try out the salt spa experience! What about you?

Give Yourself A Break From Technology, Try A Digital Detox