Bollywood actresses who slimmed down in 2014 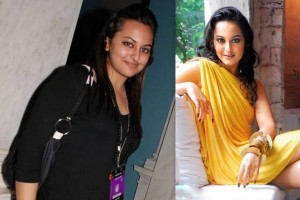 Sonakshi Sinha once weighed 90 kg but with the dedication of a marathon runner, the stunning actress transformed into a sexy dame for her debut in ‘Dabangg'. The actress has swayed between curvy and thin ever since, but of late she has worked on maintaining a slimmer figure. Sonakshi once believed that size zero is not sexy anymore but has now transformed from cute to sexy, albeit not size zero, yet J. Sonakshi follows a healthy diet and hits the gym 5 times a week where she does cardio, weight training and yoga to keep in shape. The actress was seen in a lean figure in her latest film, A. R. Murugadoss' ‘Holiday'. To add to it, the actress who once stated that she will not wear revealing clothes is now set to sport hot shorts in Yo Yo Honey Singh's latest International music video. 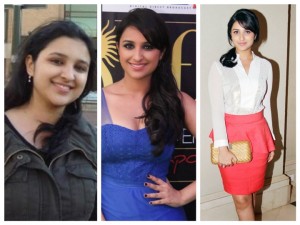 Parineeti used to be overweight before she entered Bollywood, but she made it a point to slim down after many fashion crazy fans made her weight a big topic of discussion. The happily chubby actress is now on a mission to get herself a bikini body and we could clearly say that she is on the right track! Her weight loss has been much talked about in the fashion circles and her look in ‘Daawat-e-Ishq' shows how much the actress is taking care of her weight. Bikini body, here Parineeti comes! 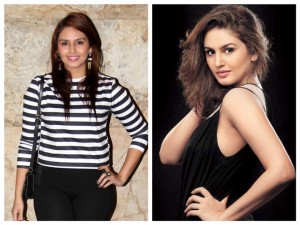 After admitting that she is not interested in losing weight last year, but the flak she received for being overweight made the actress work on maintaining a slimmer figure. She began knocking off the pounds after appearing chubby in most of her films in 2013. Recently, she has been spotted by the paparazzi in a slimmer avatar after she was told to lose weight for Varun Dhawan starrer ‘Badlapur'.

Transitioning from college to work life

Sniff out the best perfume that suits your personality