Superheroes are too plenty and ... yup too fake for even kids to believe nowadays. But these Bollywood superdads are more than everything to their kids which no superhero could ever be! Here, on Father's Day, we bring to you all those doting Bollywood fathers who are superb role models for not only their kids, but for all men around the country. 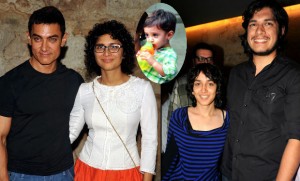 Mr. Perfectionist of Bollywood is not only a very busy, organised and super rich Bollywood superstar but also superdad extraordinaire.  His kids Junaid, Ira (from his first wife Reena Dutta) say that they look up to their dad for every little matter they face at college, work, home, or on the playground.  Aamir is often spotted with his toddler Azad Rao Khan (from Kiran Rao) at events and shoots. Aamir even credits his kids for inspiring him to maintain a good balance between work and home. 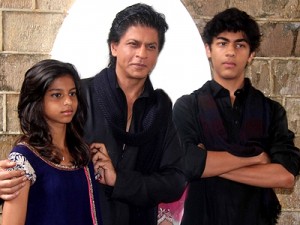 Shah Rukh Khan's two children Aryan and Suhana have nothing less than a superdad. Shah Rukh spent millions of rupees for Ra.One just to fulfil his son's dream of seeing daddy in a superhero movie where the villain was stronger than the hero. But sadly for them, the movie bombed. SRK and Gauri have a surrogate baby named AbRam who was brought into the world because Shah Rukh felt that he could not spend enough time with Aryan and Suhana while they were younger. Now that the two older kids are busy with their college/school life, SRK and Gauri missed the kids at home, and thus AbRam came into their lives. 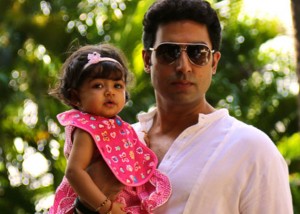 Abhishek Bachchan's little one Aaradhya was born in November 2011. Though Ash is a hands-on mom, she claims that her hubby even changes Aaradhya's diapers, which most men shy away from. Yup! Superdads change diapers as well. 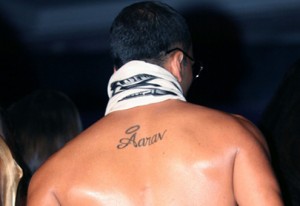 Khiladi of B-town Akshay Kumar is very well known for his discipline. Besides this, he is also known for being a family man. Akshay is a very responsible father to his son Aarav and daughter Nitara. The actor even has a tattoo of his son's name on his back. That's what we call dedication to daddyhood! 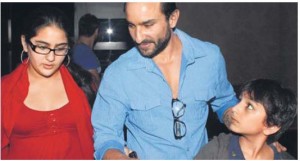 ‘Chote Nawab', can do anything for his son Ibrahim and daughter Sara (from his first marriage to Amrita Singh). Apart from playing a great father, he is also very supportive of their choices in life. He makes sure that his children accompany him for vacations or movie screenings most of the time.

Sexy nail trends of the year!