"Hey dude, that's a nice tattoo. I saw your update on Facebook."

With the existence of so many apps and social networking websites, we are obligated to be a part of the virtual world. At first, we had options to type and express our feelings, but, today who has the time to patiently type their whereabouts? This is the reason for the very existence of many apps that allow you to click pictures and upload; thus, proving the phrase, ‘Picture can speak a thousand words'. With apps like Instagram, Snapchat, WhatsApp, etc; you can easily click a picture and upload it on your wall or send to your friends.

What started as a social obligation, later, became ‘braggies'. Braggies are photos that are shared through online mediums for the sheer joy of creating publicity and jealousy among friends in the virtual world. Be it your international flight experience, your graduation day or your culinary skills – any photo that exhibits your affluence, your best abilities and excitement fall into this category. Among celebrities, Bollywood actors Priyanka Chopra and Nargis Fakhri, popstar Rihanna and Hollywood actor Zac Effron are considered to be braggies. 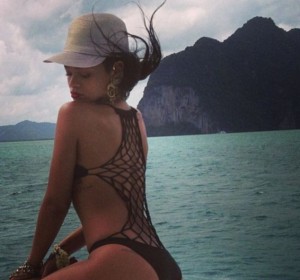 Also, according to a recent survey by a British travel portal, one in 10 users is a regular braggie. 5.4 million people in the UK post their pictures within 10 minutes of arriving on a vacation spot. While some people apply special effects before uploading their pictures, others crop out body parts that they don't want others to see. Surprisingly, studies prove that men are involved in bragging much more than women.

Although, the first explained reason is to create jealousy, there are other causes that transform people into braggies. When a person wants more attention to become interesting and popular, these pictures come in handy. On the other hand, people simply upload such pictures to increase the likes and comments on their social media page wall (told you, ‘social obligation').

It is observed that braggies are popularly clicked by the pool or beaches (43 percent), sipping on a cocktail (12 percent) and pouting (three percent).

How to handle an abusive relationship

Are you a control freak?