It's that time of the year again! The 68th Cannes International Film Festival (2015) is just around the corner and we can't help but feel excited! After all, some of our favourite Bollywood celebrities who walked the red carpet last year as well, will be making their grand appearance this time around too! So, are you excited? We are! Now here's a list of our favourite Bollywood celebrities to watch out for at Festival de Cannes 2015. 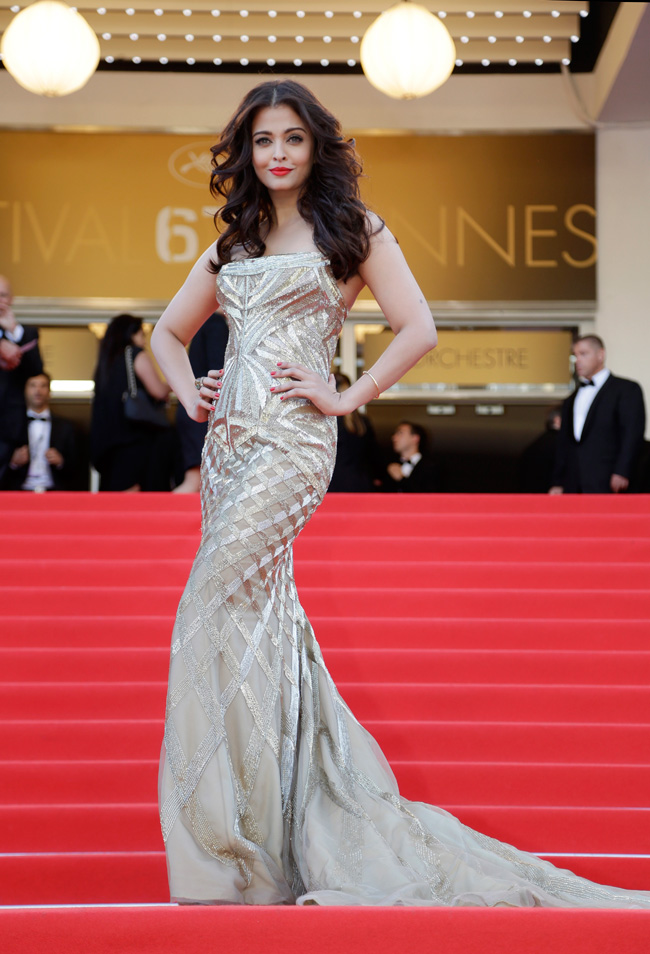 Who can ever forget that golden mermaid Roberto Cavalli gown which Mrs. Junior Bachchan wore on her last year's first appearance at Cannes. While we all waited with bated breath to see how Ash would look sans her post-baby fat, she came, blew kisses with that luscious red pout, stirred a storm, and the world stood still. 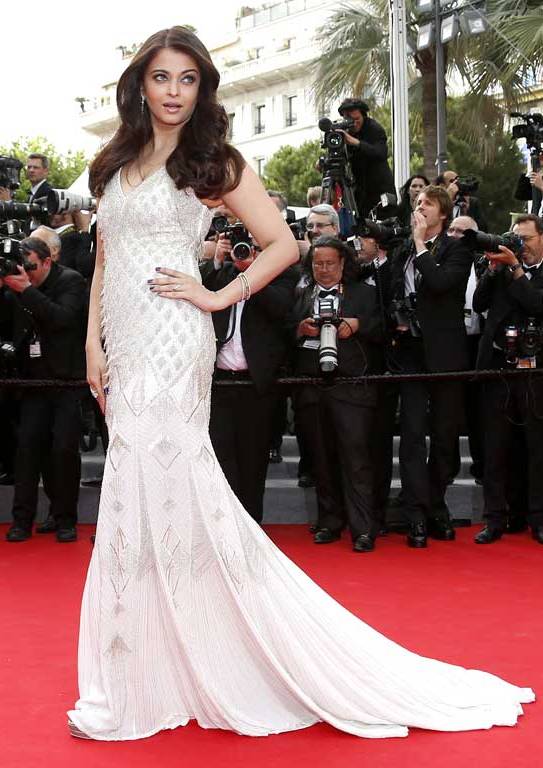 Aishwarya's second appearance on the red carpet was also extremely elegant – glowing nude makeup and an ethereal white gown (again by Roberto Cavalli) – and she looked nothing short of a Princess! Her last appearance was with hubby Abhishek Bachchan for the AmfAR Gala. To this do, she chose a nude Armani Prive gown from his Fall collection and we must say she did compete justice to it. Just look at her! 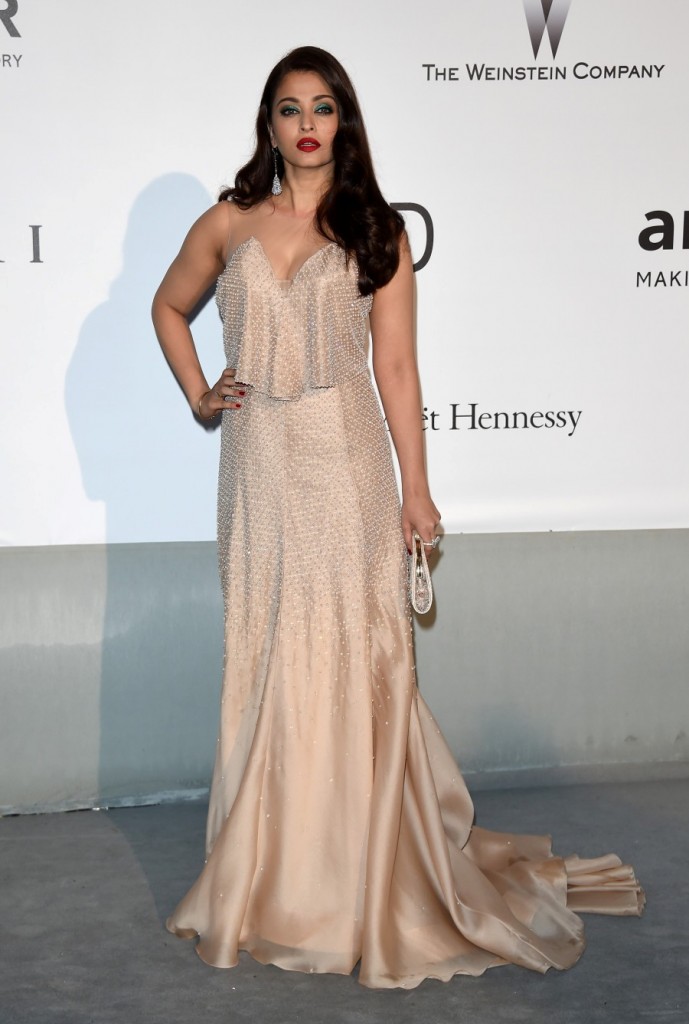 We loved all her looks last year, but we are so excited to see her looks this year. We wonder what she would choose, don't you? Let's hope she wears something traditionally Indian this time around. How about a nice elegant saree, Ash? (Hint hint). 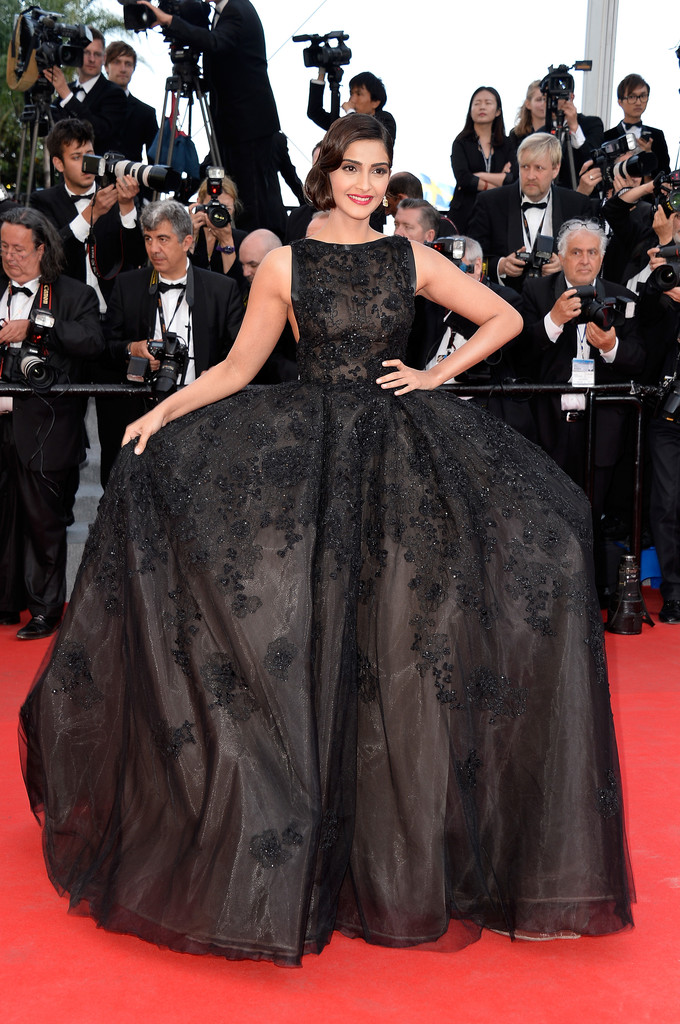 Sonam Kapoor, the stylish diva and Indian fashion icon, will make an appearance this time as well. This is the fifth time Sonam will be walking the red carpet and she is most excited about it. "I feel exhilarated being part of the L'Oreal team going to Cannes. It's the fifth time I'll be walking at Cannes and it feels really amazing," said the actress in a recent interview. Last year, Sonam wore a vintage style, black Elie Saab gown with a long trail and definitely wowed us! The diamond earrings, 50s inspired makeup and even her hairstyle were all on point! After the delightful appearance, however, she turned into a desi-meets-videsi chick and wore a sari-dress by Anamika Khanna. Although we weren't exactly impressed with it, Sonam is such a fashionista that she carried the outfit well and managed to garner praise from her fans. Later, for the Chopard backstage party at Cannes, she wore a strapless lilac Elie Saab Couture evening gown. 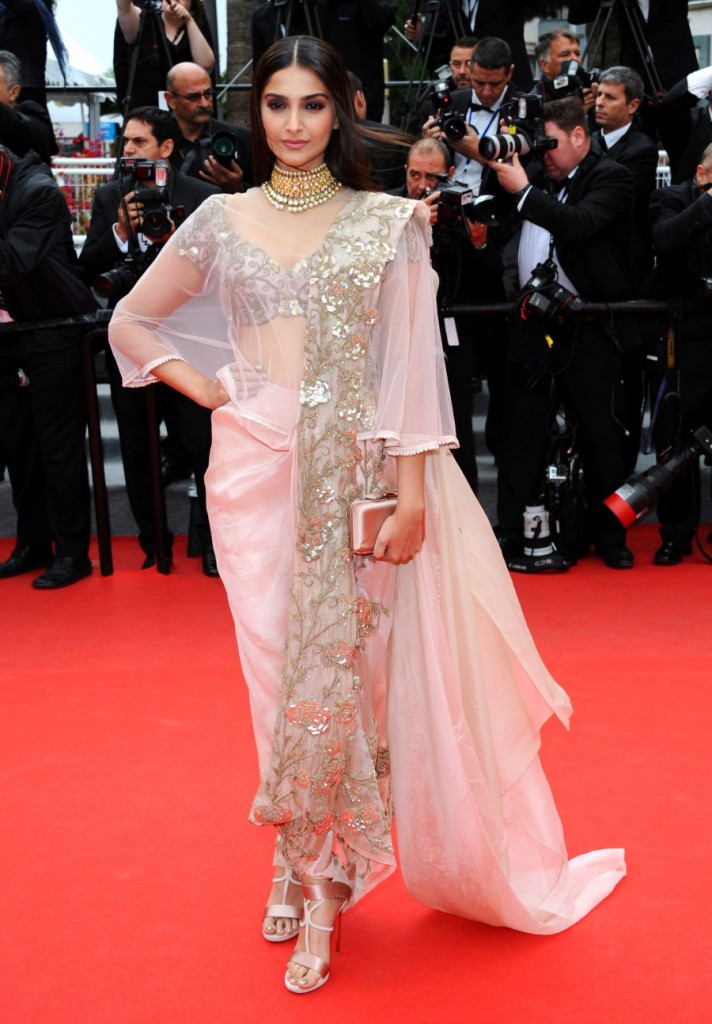 We hope this year Sonam returns with an even louder bang! Knowing the incredible fashion sense that this long-legged beauty has,we are expecting to see something marvellous on the red carpet this year. 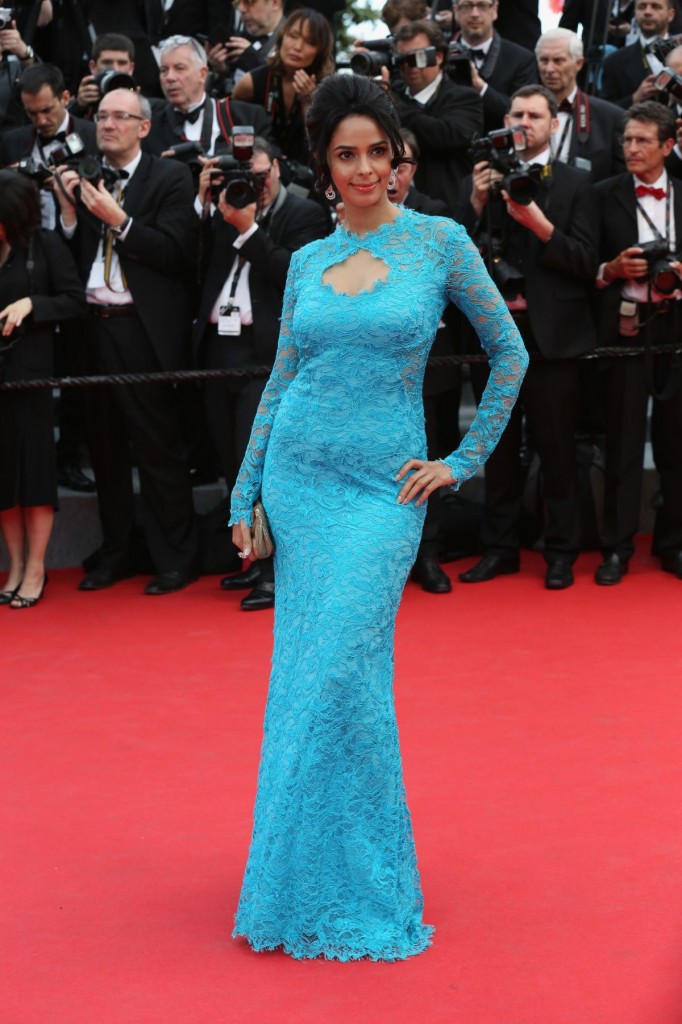 This sexy siren may be popular for all the wrong reasons but we love her for her sporting spirit and confidence! Mallika has walked the red carpet at the Cannes International Film Festival more often than our other Bollywood beauties. Her first appearance was in 2005 after she starred in The Myth alongside International star Jackie Chan, and since then has been making appearances at Festival de Cannes regularly.  Quite the hell-raiser on the Cannes red carpet with her innovative and head turning outfits, Mallika decided to go for chic elegance last year. Mallika Sherwat was a beautiful sight in a lovely lacy Emilio Pucci gown - a striking shade of blue – and she went easy on the makeup too.

We hear that Mallika would be attending the festival this year too and hope that she would pleasantly surprise us with her look on the red carpet. Let's wait and watch!

And now for the surprise element! 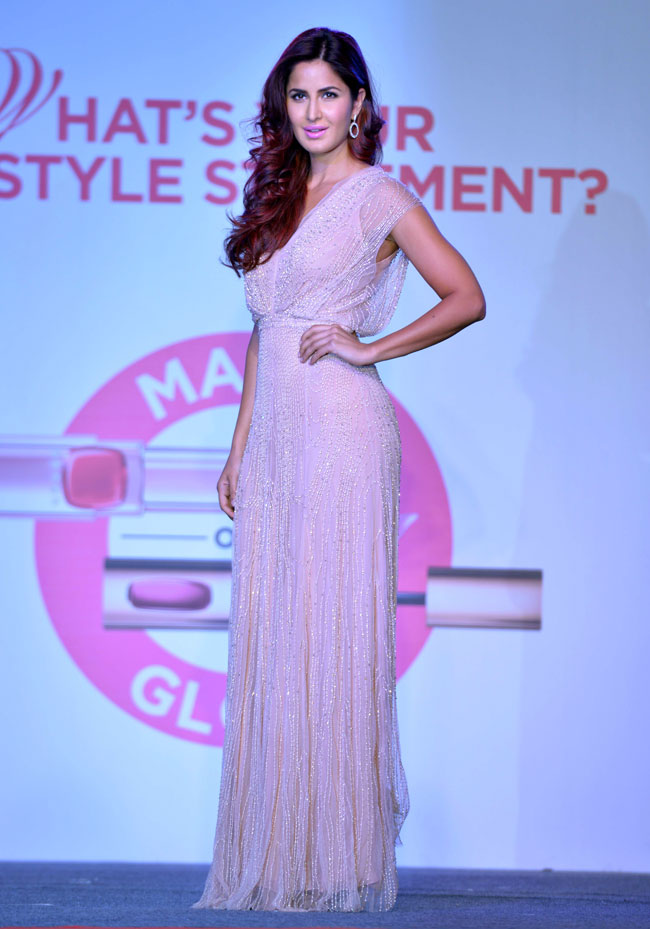 Bollywood bombshell Katrina Kaif will be making her first appearance on the 68th Cannes International Film Festival this year! Katrina will make her debut on the red carpet at Cannes for a leading cosmetics brand along with other Bollywood ambassadors Aishwarya and Sonam. Katrina said in a statement, "It's the first time I'll be visiting Cannes itself, so walking at the film festival for L'Oreal is even more special." She is super excited about it and so are we! "I'm very excited to represent L'Oreal Paris and India at the Cannes Film Festival this year. Being an actor, it is very inspiring to attend an event that celebrates all forms of cinema. As a L'Oreal Paris ambassador, I can't wait to meet the other global ambassadors and help set new beauty trends for this year," said the actress.

We can't stop wondering what her look is going to be. But one thing is for sure, Kat is going to scorch the red carpet for sure!

Also read: Dress To Kill With These Fashion Tips!

Tell us your favourite celebrity and look from Festival de Cannes 2014!

Things That Come In The Way Of Your Pregnancy