Friendship Day special is a great day to celebrate the fact that best friends make this world a better place. However, I feel honouring your best pals once a year isn't  nearly enough. I'm all for friendship and love, but only which is well appreciated and regularly shown respect. Right from the movies to the real deal, friendship is a value that is much respected and celebrated. Let's look at some instances of true friendship in tinsel town both onscreen and off it.

First, let me run you through some of my hottest  favourites when it comes to dosti in Hindi cinema! 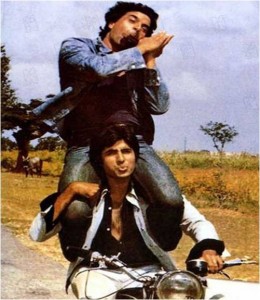 Easily agreed upon as the epitome of friendship, Jai-Veeru or rather Amitabh Bachchan and Dharmendra, became the best of friends, thick as thieves while shooting for their film ‘Sholay' (1975). Their rapport both in the film and off screen was such that people would hold the lovable jodi as an example of true friendship. 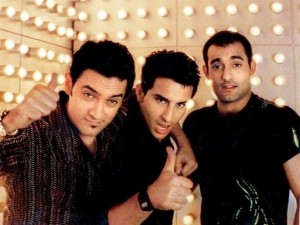 ‘Dil Chahta Hai' (2001) told us the story of three friends, Aakash, Sameer and Sidharth, played by Aamir, Saif and Akshaye respectively and the transition from being in college to facing life's struggles while being on their own. Life is not always hunky dory for them and that's where ego comes in and they end up parting ways. But their friendship is so strong that they are reunited again in the end. 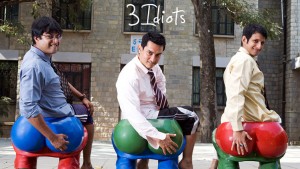 This film was a coming-of-age drama that also taught an important lesson in life – friendship is the key to success – Without friends, you won't have anyone to bring you up when you're down, or remind you of humility when you're high. The film sees Farhan (Madhavan) and Raju (Sharman) in desperate search of their best friend Rancho (Aamir) who is missing. The slaps and kicks that Rancho gets at the hands of his buddies in the climax of the film is joyously overwhelming, to say the least!

Bollywood is one place where relationships are quite fragile. A small mistake, and the relationship can go kaput. Here are a few friendships in B-town that have stood the test of time. 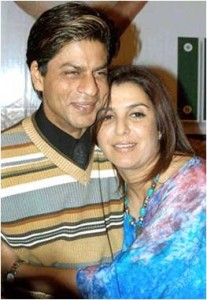 Their friendship started when Shahrukh was shooting for his film ‘Dil Se'. Farah was the choreographer in the movie and gave the chartbuster "Chhaiyya Chhaiyya". The budding friendship took leaps and bounds when SRK starred in Farah's directorial debut ‘Main Hoon Na' and her next ‘Om Shanti Om'. However, their bond went through rough waters during Farah's next film ‘Tees Maar Khan' in which the director chose to cast Akshay Kumar instead of her BFF. This was followed by the slap gate incident when the superstar apparently slapped Farah's husband, Shirish Kunder. However, they were mature enough to sort it out soon after. In next to no time, their friendship rekindled and now the duo is currently doing a film together titled ‘Happy New Year'. 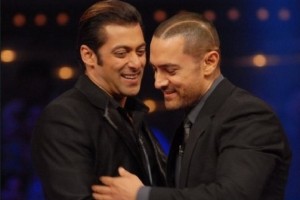 They first came together on screen in ‘Andaaz Apna Apna'; however, at that time, both the stars did not get along. Then came the down phase during ‘Lagaan', when Aamir's marriage to Reena Dutta was on the rocks, and Salman was struggling with his love life. This is when the duo clicked, as they helped each other stay afloat strong. The stars have long since been great buddies and always vocal about their camaraderie. The first time that Aamir appeared on the show Koffee With Karan, he openly spoke about his friendship with Salman. The BFFs even promoted each other's films. On the sets of his reality show Bigg Boss Salman wore the black hat that was synonymous with Aamir in ‘Dhoom 3'. And Aamir returned the favours by tweeting in favour of Salman's ‘Jai Ho'. 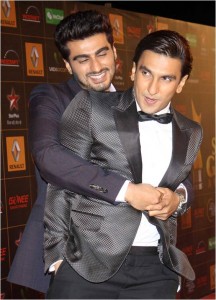 Among the relatively fresher lot of Bollywood, Ranveer Singh and Arjun Kapoor exemplify great friendship. They met at a party years ago, and hit off instantly, especially because there were many similarities between them, their choice of songs also being the same. The buddies have always been spotted partying or hanging out together. An interesting fact about this pair is that they were born in the year 1985 hardly a few days apart! Anyway, going further, ‘Gunday' was the first film in which the two got to work together. It is said that RS and AK had a ball of a time on the sets of their film, so much so that the female lead of the film Priyanka Chopra would feel sidelined! The duo also appeared on the celebrity chat show Koffee With Karan where the whole nation got to witness their bromance in its prime. This led to their camaraderie becoming the talk of the town.

Apart from these jodis, Bollywood, where cat fights are an everyday story, has also seen some really strong female BFFs. Kareena Kapoor and Amrita Arora have always been inseparable since they first met. In fact, Bebo was a bridesmaid at Amrita's wedding, and they have openly spoken about their affection for each other during interviews. Other girl buddies in tinsel town are Sonam Kapoor and Jacqueline Fernandez who interestingly haven't ever worked together and yet are best friends. Also Alia Bhatt and Parineeti Chopra are the newest BFFs in Bollywood, with the former advising the latter on how to get her fashion impeccable! It is really overwhelming to see such instances of true friendship budding in our film industry. Three cheers to friendship!

Tips To Save For A Rainy Day