Every girl feels like a princess on the inside, but when it comes to her wedding, she wants to look like a queen on the D-day. Hence, selecting the perfect wedding dress is the most important and time consuming aspect of a wedding. Gone are the days when marriages were arranged by the elders of the family. Research has shown a substantial rise in inter-caste love marriages in our country. With so many choices available in the market, it can get a bit tedious pick the right outfit depending upon what caste your groom belongs to. 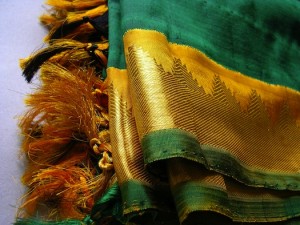 In India, every community has a unique traditional style of wedding attire meant for the bride and groom to be worn on different days for the various ceremonies and rituals. Right from the colour, to the cloth, to the outfit, there is vast variance depending upon where one comes from. When it comes to inter-caste marriages, the relatives of the couple often find themselves confused about what to wear and what to gift to the opposite party. We have decided to lessen your confusion here at The Brunette Diaries. 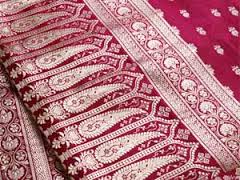 Also read: How to get dressed for you children's wedding

Rule number one is: although every state and culture has its different traditional attire and corresponding accessories, the sari is one garment that has been a staple at all weddings irrespective of the culture. It's something that women of every caste and creed own and adorn; so it makes as an outstanding gift idea. Wedding saris are usually made out of silk for its richness and royal look; but these days, designers are experimenting with other fabrics as well. Bridal attire is different in different parts of our country, so it can be confusing if you are gifting something to the bride, or you are the bride to a boy of another culture. So while choosing your wedding outfit make sure you keep yours and your groom's culture and tradition in mind. Here's a list of different types of bridal attire according to different cultures: 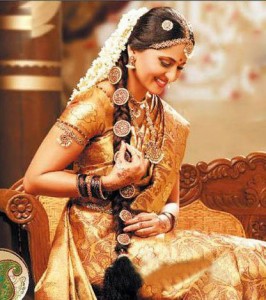 Tamilian bride: Tamilian brides are usually adorned in rich Kanjivaram saris, and the family members of the bride are also expected to wear the same. 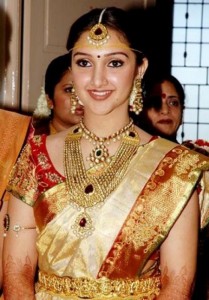 Andhraite bride: A bride from Andhra will usually be wearing a red silk sari on her wedding day and accessorizing it with gold and pearls. 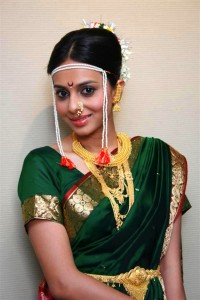 Maharashtrian bride: Maharashtrian brides are made to dress as the Hindu goddess Parvati. Hence, the nine yard Banarsi green sari is a typical of this culture. The green colour of the ‘Nauvari' completely stands out as a ‘Marathi'. Another typical Maharashtrian accessory is the ‘nath' or a nose ring that the bride is supposed to wear. 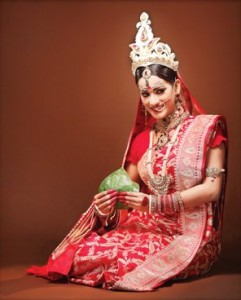 Bengali bride: A Bengali bride is required to wear a silk sari in either red or maroon or any bright crimson shade. The fabric is usually Banaras silk with gold zardozi work. A white coloured head gear called ‘topar' is a significant aspect of the Bengali bride's attire.

Also read: Everything about hiring a shopping guide 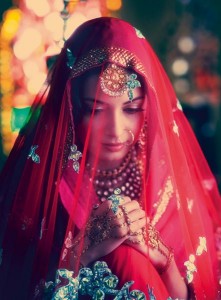 Muslim bride: A Muslim bride will be seen wearing a ‘garara', which is a garment that fully covers the body. It has a long ‘kameez' and is worn on flowy pants or ghagra. In most Muslim communities, the face of the bride is hidden under a veil that is called ‘niqab'. 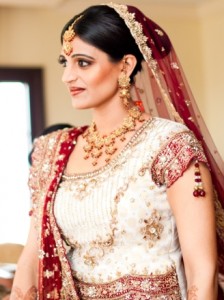 Gujarati bride: A Gujarati bride is adorned with a special type of sari which has heavy embroidery work and sequins. Most Gujarati brides wear a ghagra with a small blouse called ‘choli'. The bride's wedding sari is white, with a red ‘pallo' covering her head.

Punjabi/Sikh bride: A Punjabi or Sikh bride does not wear a sari for the wedding ritual; however, she may change into one after the ritual. The wedding ritual requires her to wear a Punjabi suit in shades of red and later the bride changes her outfit for the reception that follows.

We hope this information proves to be helpful to you while choosing your wedding dress.

Welcome to the House of Humshakals, where laughter is the only key to enter