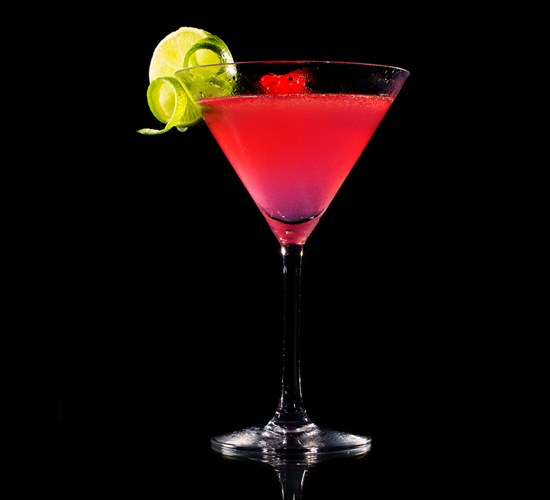 Be it a dinner party or drinks with your girls, the Cosmopolitan has been a go-to drink for most of us. The classic cocktail was created by Neal Murray in 1975, at the Cork & Cleaver steak house. He claims to have added a splash of cranberry juice to Kamikaze and the first taster screamed in joy, "How Cosmopolitan!" However, there are several theories which claim that the pink-hued Martini was created by a number of bar tenders through the decades.

Cosmopolitan is found to be strikingly similar to the cocktail recipe published in 1934 in the book, Pioneer of Mixing at Elite Bars written by Charles Christopher. He wrote about a cocktail which was a result of mixing gin, vodka, lemon juice and raspberry syrup together.

Also Read: Know About The Calories In Bar Drinks

While a particular theory states credits John Caine, the owner of several bars in San Francisco, for bringing the cocktail to the west from Cleveland, the other states that the drink was the creation of Neal Murray, the bar tender, in the 1970s.

Also Read: Tea+Booze=Magic! 7 Tea Infused Cocktails For The Teaholic In You

It is said that 1985-1986, Cheryl Cook, the bar tender of the Strand Restaurant in South Beach, Florida, wrote a letter to the cocktail historian, Gary Regan, narrating her story of how she created Cosmopolitan. The recipe comprised of Absolut Citron, a splash of Triple sec and a drop of Rose's lime to make it pretty in pink.

It is claimed Toby Cocchenini in 1987 in Manhattan created a better version of the legendary drink based on the recipe of Cheryl Cook which is now acclaimed internationally. It was prepared by mixing together 60ml Smirnoff Vodka, 15ml Cointreau / Triple Sec, 15 ml Cranberry Juice, a dash of lime juice or orange peels and some ice.

The Pretty in Pink cocktail was on the menu of every bar and club in the 1990s after our beloved Carrie Bradshaw, a character played by Sarah Jessica Parker, in the most popular HBO series, orders it when she goes for drinks with her girlfriends.

And yes! After that..Woohoo..lets call for a Cosmo..went girls all around the world!

Also Read: Get Tipsy With These easy Drinks For House Parties

The First Look From Tiger Shroff Starrer SOTY 2 Goes Viral On The Internet!

Bell Sleeves Through The Decades!