Dabboo Ratnani Celeb Calendar 2014 - A Look At It!

Every person who follows Bollywood – be it an audience or an insider – waits for Dabboo Ratnani's celebrity studded stylish calendar every year. This year's edition has been released too. We managed to lay our hands on some of these pictures. Some we found sizzling hot, some hot, some not-so-hot and some, well, thanda! Here's a brief insight on what we think about the pictures.

The super hot award goes to Parineeti Chopra and Sonakshi Sinha. Reason: They have come out of their shells to introduce a side of them no one has ever seen before! Parineeti lets your imagination go wild as she poses smartly in a wheelbarrow, seemingly wearing nothing! Sonakshi, on the other hand, goes completely punk, with her hairdo, smoky large eyes, her jacket, her black nails and of course her eye-catching earrings. This is one Sona we've never seen before! 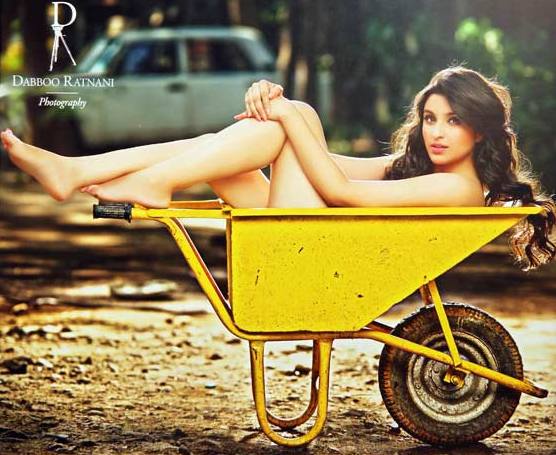 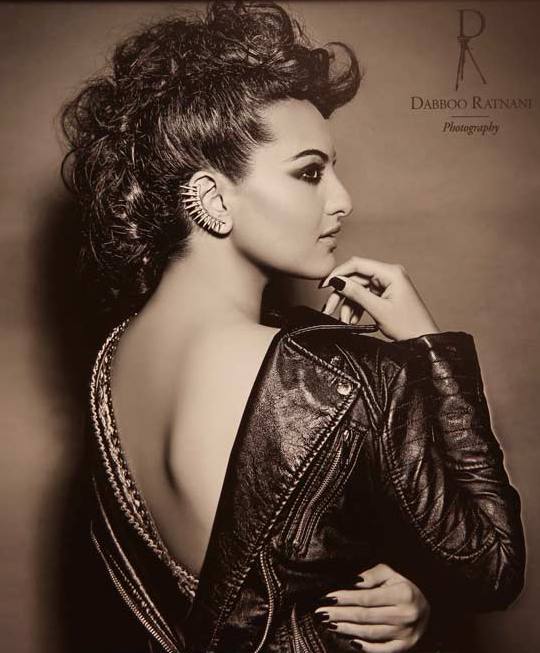 Sonakshi Sinha in her punk avatar[/caption]

Other celebs whom we loved in the pictures are Priyanka Chopra, Ajay Devgn, Vidya Balan, Alia Bhatt, Akshay Kumar, Sidharth Malhotra, Varun Dhawan, Amitabh Bachchan and Ranbir Kapoor. Reason: They did something offbeat. While PeeCee looks like she is trying to let her wild side break free, Ajay Devgn is casually sipping water from a fish bowl. While Vidya Balan is using tribal jewellery to cover her bosoms, Alia is holding a black cat in her arms to cover hers. Akshay Kumar is captured shaving off his silver facial hair, and that too with sunglasses firmly perched on his nose. Moving on... There is a shirtless Sidharth Malhotra showing off his six-pack abs as he emerges from the basement of what seems like a garage. Now, if a girl sees a fit and good looking man like him anywhere – so what if it's a garage – won't she drool? Ahh! This is exactly what happens here! Next, there is a suit-boot clad Varun Dhawan whizzing on a skateboard while holding a surfboard in his hand. Now, how contrasting and creative is that! Then we see a super dapper looking Bachchan Senior alighting from the driver's seat of a decked up auto rickshaw. And lastly, we have RK junior lugging a fire extinguisher, perhaps to douse the fire his hotness may cause! 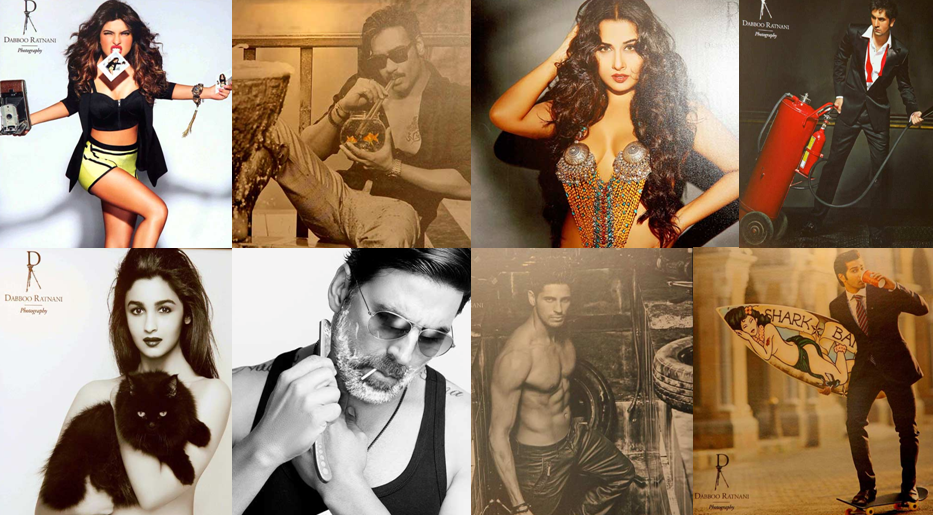 Next we have the hot-but-not list. Here we have those celebs who could have made it to the hot list, but slipped down due to the lack of crazy creativity in Ratnani's 2014 calendar. Anushka Sharma, Bipasha Basu and Shah Rukh Khan are the ones in this list. We loved Anushka's superhot dress, her long legs and her bare mid-riff; but how we wish she did something offbeat to grab out attention, instead of just depending on her sexy dress and body to do the talking. Ditto is the case with Bipasha. She undoubtedly looks a million bucks in her leather boots and jacket. Even her make-up, hairdo and endlessly long legs make her look hot. We loved the backdrop as well. The only thing that made her slip from the list of hot people here to the not-so-hot one is her pose. Only if she would have given a whacky wild pose, we could have upgraded her rank here. Finally we have King Khan Shah Rukh Khan in this list. Red satin sheets and Shah Rukh Khan lying on it; undoubtedly the superstar looks quite inviting especially with his shirt unbuttoned, but he could've dumped the cigarette, for once… Also, the ensemble of clothes reminds me of his Chhammak Chhallo avatar. Remember it?

And finally, we come to the list of all those celebs who've made it to our thanda list! Reason: Lack of creativity! Here we have Katrina Kaif, Arjun Rampal, Aishwarya Rai Bachchan, Abhishek Bachchan, Hrithik Roshan, Deepika Bachchan, Kareena Kapoor and Salman Khan. It is awfully heartbreaking to see such exceedingly good looking stars in this list. But what do we do! Either their pics are an extreme close-up, or they have posed like they do for every photo shoot. This simply kills the excitement of checking out Dabboo Ratnani's exclusive calendar. Anyway, we just hope they do better next time around. 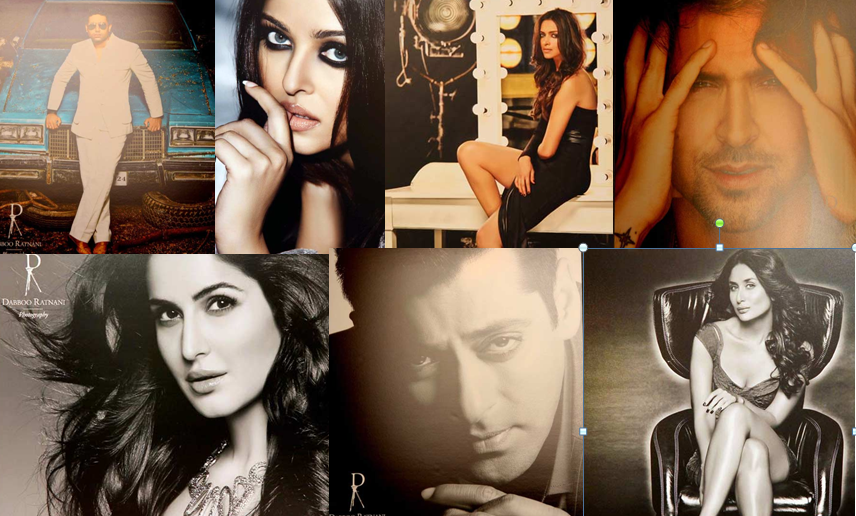 Do People Think You're A Nagger?