Fitness Blogs
Here Are The Biggest Carnivals Held Around The World

Do Away With These 9 Health Myths At The Earliest

Humans have been dogged by myths since time immemorial. The human body is a complex machine and even in the day of modern science and technology, we haven't found the solution for many of the issues related to our health and well being. At such times, myths come into play and block the truth. Here we state the 9 health myths you should stop believing in.

Well, in a way you can make out how healthy someone is by taking a look at the person's body. But looks can be deceptive. It is completely true that a fat person might be way healthier than a thinner person. Remember, some people have high Body Mass Index (BMI) but that is no indicator of health. 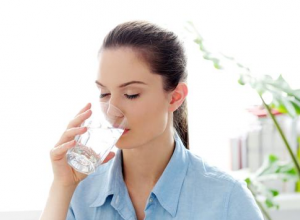 Naah! Okay, we do agree that everyone should drink water regularly, as it has many benefits for the body. But, to say that a specific number – like eight glasses of water – is ideal, doesn't make much sense, and in actuality isn't based on any research. So, just stay hydrated.

Myth 3: Breakfast Is The Most Important Meal

You would have read tons and tons of newspaper articles, blogs and heard even teachers in school saying this. Sadly, this isn't true. If you wake up feeling full, there is no need to force feed yourself. So, chill.

Myth 4: No Exercise During Pregnancy 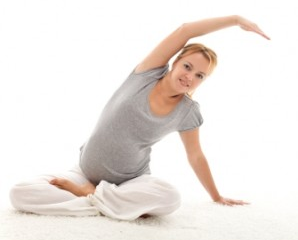 Now this is next level crazy. If the myth had any sense, ladies during their pregnancy would have to just lie down on featherbeds and do nothing. But, exercise is completely beneficial for pregnant women, more so because it later aids the process of delivery. However, this doesn't mean they overdo it.

Myth 5: Hours Of Cardio Is Best For Weight Loss

Nope, hours and hours of cardio is not the best way to lose weight. Instead, short bursts of intense resistance training have resulted in faster weight loss. As the body adjusts to steady state, the metabolic rate comes back to normal; hence, there is little benefit in spending hours on a treadmill.

Also read: Exercises To Tone Your Butt Thighs And Legs 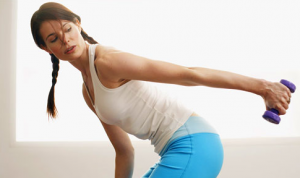 This is utter rubbish that has been told decade after decade. Given the advancement in the field of health, there are still who believe in this. If you are a woman, the only thing you need to know is that you don't have enough testosterone to get jacked and bulk up. End of story!

Myth 7: Women Need To Eat For Two When Pregnant

This is just useless data that has been passed on from generation to generation. If you are an Indian you'd have heard this time and again. Yes, a lady has a new being inside her but, that doesn't mean she has to eat for two full grown people. Just 300 extra calories should be more than sufficient.

Also read: All You Need To Know To Get Started With Power Yoga

Myth 8: You Get Taller By Stretching 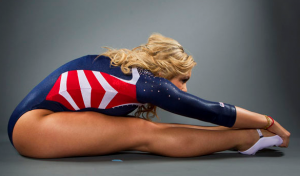 This is just like the saying "If wishes were horses, beggars would ride." Sure, stretching helps to add a few inches by stretching your muscles. But height is something genetic and no amount of stretching can change that. If that were the case, every gymnast would be 7 ft. tall.

Again a myth that makes me bang my head against the wall. No belts can help you get abs; proper workout and diet will. So don't waste your money on stupid belts.

Also read: Easy Exercises To Get Flat Abs Without Crunches!

I know there are many more, but for now try dealing with these 9 myths first. That alone should pave the way for a happy life.

4 Side Effects Of Whey Protein And How to Avoid Them

DIY Homemade Ice Packs You Simply Have To Try