Does a person's complexion affect your perception of his/her good looks?

Nelson Mandela fought for the elimination of racism across the globe and there are many who carry the torch until this day! Making judgements based on the colour of a person's skin tone may not always signify racism; but deep down, even in a country like India, sub consciously, this plays a part in our first impression of a person.

In India, one of the major generalizations is that a person with a fair complexion comes from a rich family while someone with a duskier complexion "seems" to come from a not-that-affluent (if I have to put it subtly) family background. Even the fairness creams ads that have flooded the Indian market seem to endorse that - a fair-skinned guy gets the job, gets the girl, or is successful, while the dark guy loses everything in life! Well, truth is that here in India, the color of your skin makes a big difference!

We may have believed that racism is a thing of the past, but the fact is that this "past" has had an effect on our present as well! Most women want a fair girl for their sons, but do the sons want a fair girl in the first place! This shows how this entire trace of racism is diluting out with time, as generations pass by.

The first impression they say is the best impression. What do we see first? The skin tone! That's what it is! Although most of us say eyes and probably a face cut is what we notice first, but the skin tone is where we make judgements first up!

So here, we take a look at what a few youngsters had to say about attraction towards another person and how skin tone and complexion affects their perceptions.

26-year-old Sachi Khanna is a real estate agent who is of the opinion that the complexion of a man isn't a major matter of concern to her, but society at large may perceive this issue differently. "It doesn't matter if the guy is fair or dark. Those days are gone when we judged based on these things. But I still come across these judgements in some arranged marriages where preferences are based on skin colour. These things are usually passed on from generation to generation, even though sub-consciously, but I hope that our generation doesn't pass this on."

(Also read - Would you mind dating a fashion conscious man?)

Coming from a Gujarati background whose family members are involved in businesses, Amar Shah says that dating was quite different for him. "According to me, an intellectual woman is more appealing than an extremely beautiful one. But if you ask me to judge my perception of a girl's looks based on her skin colour, I think sub-consciously it does affect my choice, but when I get to know the person, all these barriers fall apart really quickly." 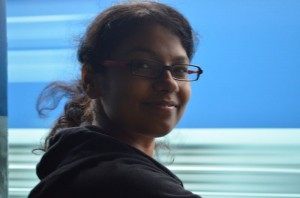 (Also read - Will you forgive your partner if s/he cheats on you?)

23-year-old Rupesh Tripathi's first crush was a girl who had an extremely dark complexion. His story is really interesting, in fact! "My first crush had a really dark complexion. In fact, one of my friends who was fairer actually hated her at that age... just because of her complexion. Harsh, right? But at that age these things were relevant!  I started to get to know the girl soon enough and found out she liked playing video games just like I did! I was probably attracted to her because of her dusky complexion, initially, and then the video games and everything came into the picture. I mean, a tanned Megan Fox is ten times hotter than an Anne Hathway!"

Nelson Mandela once said "No one is born hating another because of the colour of his skin, or his religion." What we learn from this is that society invariably imbibes certain thought processes into us that aren't necessarily ethically correct.

Best thing to do is to follow your heart! Let not what society says about a certain someone and the colour of his/her skin affect how you think of that person!

Painting your kids' room with creativity