A lot of people say age is just a number when it comes to love; but how true this statement is, is something all of us have pondered on at some point in life. Whether it was when we had a crush on our teacher, or when we heard of a young actress marrying an actor who's almost a decade older to her, if not more. Exactly how much does the age gap in a couple affect the relationship, is something we are going to discuss here.

Also read: Modern Couples Convince Their Parents For Love Marriage Instead Of Eloping 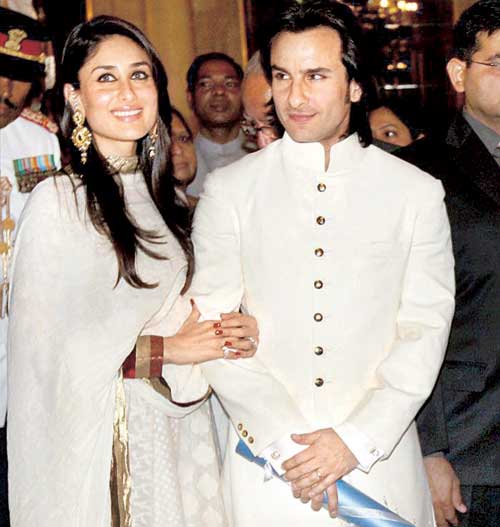 There is an age gap of 10 years between Kareena and Saif.[/caption]

Another major issue that arises when it comes to couples with a vast age difference is whether or not they are ready for a child. There can be two scenarios ­– where the older one is already done with his child bearing years and doesn't want any while the younger one does, or when the younger partner is not ready for the responsibility of raising a child, while the older one feels now is the time since they aren't getting any younger. Either of the two scenarios can cause friction between the otherwise loving relationship. Discussing family plans before getting into a serious relationship with someone who is a lot younger or older to you is always a good idea.

Also read: 5 Dates That Are Perfect For Couples With Kids

For the most part though, age is actually just a number. Age is no indication of maturity. There could very well be a person who is 25 but has the emotional maturity of a 40-year-old, while someone who is 60 might still be just as carefree as an individual in their 30s. Maturity does not come by age; it comes with experiences in life and events we face. So, if two partners have the same mental age, their physical age is not really that big of a deal and will not determine the success or failure of their relationship. It is their love and understanding that will determine the course of their partnership.

Also read: 5 Signs Your Marriage Is On The Rocks

In the end, just remember, the age gap in a couple matters in the relationship only when you want it to. Don't listen to what others have to say about your relationship, you know what's best for you. Being the same age is no assurance of a lasting relationship either way. It all depends on how you and your partner build your relationship. And just a little something to make you feel better, age gaps appear smaller as years pass by. A couple who have the ages of 25 and 40 may seem too much right now, but when you turn 50 and 65 people don't even notice it. :D

How Parents Can Be The Reason For Child Abuse

Outings That People Over 60 Will Enjoy