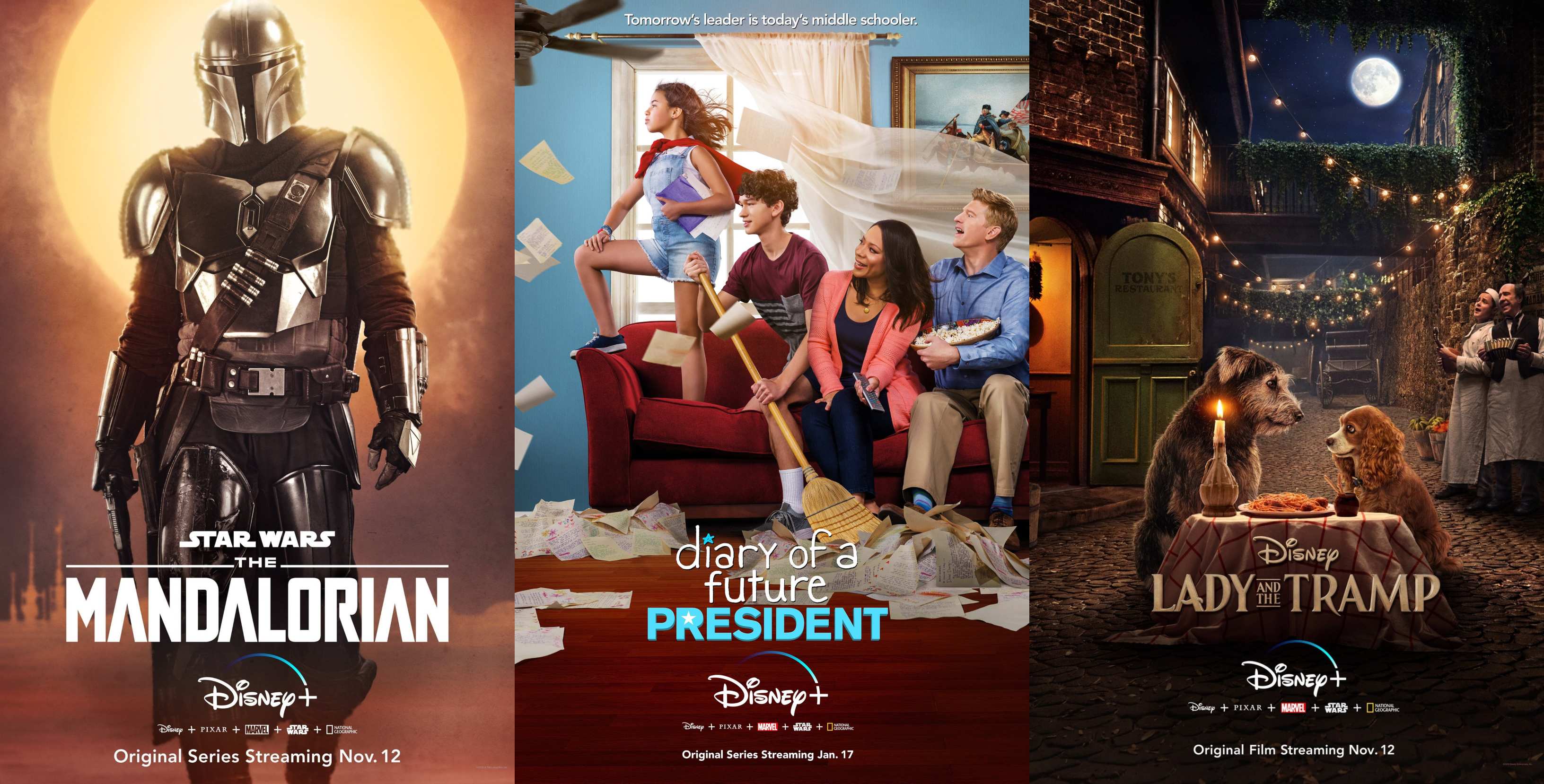 The Mandalorian
After the fall of the Galactic Empire, lawlessness has spread throughout the galaxy. A lone gunfighter makes his way through the outer reaches, earning his keep as bounty hunter

The World According to Jeff Goldblum
Jeff Goldblum pulls the thread of a deceptively familiar object to unravel a world of astonishing connections with fascinating sciences and history. Through the prism of his witty mind, nothing is at it seems

Lady and the Tramp
A timeless re-telling of the 1955 animated classic, Lady – a pampered American Cocker Spanier and Tramp – a tough but lovable stray; embark on an unexpected adventure and desptie their difference, come to understand the value of home.

Togo
In the winter of 1925, a champion dogsled trainer and his lead sled dog, Togo, embark on an exhilarating journey across the treacherous terrain of the Alaskan tundra to help transport an antitoxin serum to a small town

Encore
Executive producer Kristen Bell reunites former high school classmates from around the U.S. to re-stage the musicals of their youth, years after the originally performed them

Disney's Fairy Tale Weddings
A behind-the-scenes look at the magical weddings the one-of-a-kind engagements that take place at Disney Destinations around the globe including Walt Disney World, Disneyland and Disney Cruise Lines

The Imagineering Story
Leslie Iwerks leads the viewers on a journey behind the curtains of Walt Disney Imagineering, the little-known design and development centre of The Walt Disney Company, to discover what is takes to create Disney theme parks around the world

Diary of a Future President
Elena is on a path to become the President of the United States, but for now, she has to navigate through middle school with the help of her family and friend while documenting the pivotal highs and lows of her journey in the trusty diary