Friends With Benefits - Good Or Bad?

Aishwarya Mehra, 34, a film marketing manager, used to think that she had all the answers to life's puzzles. A year ago, feeling sexually drawn to her friend, Mahesh Khanna, the two began to share many common interests and trusted each other with their secrets. One fine evening, they got committed to each other. "It didn't happen suddenly," says Aishwarya. "The signals were all there. Over a period of time I had begun to notice Mahesh's body, and felt my pulse quicken when he grew a stubble."

Often Aishwarya would catch hold of Mahesh admiring her body. They could have had the fairytale. Being a decade younger than Aishwarya, Mahesh would have to face problems. "His parents would have severed ties with him if he had chosen to marry me," she says. Before they realised they could not have a future together, Mahesh and Aishwarya had sex several times. "I have counselled many cases where women involved in serious committed long-distance relationships feel lonely and end up having a sexual tryst with a friend," says relationship counsellor Dr Nishi Shukla. Are there any basic rules that could be followed in such situations? Dr Shukla says although there isn't, but below are some hard questions you'll need to confront. 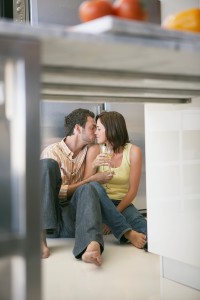 Why do you need it?

The idea of having sex begins with a row of signals; ask yourself if it's just a physical urge or a need for deeper emotional reassurance before you respond to any of those signs. There are chances that sometimes it could just your insecurity and nothing more which could probably trigger because you see your friends enjoy a certain intimacy, and you wish for that too. Question yourself if you can rationally steer clear of emotional repercussions. You have no right to get possessive with the person you had sex but you are not committed to.

Why does he need it?

On seeing him flirt uncharacteristically, candidly question him how far does he want to take the mating game. For men it is easier to compartmentalise sex and emotions. They may not be ready to have you as his steady girlfriend in spite of cherishing and caring for you. Weigh the consequences and confront him to reveal the truth.

What if he is different from what you think him to be?

You should be completely sure about your friend's integrity. The reason to this is because there have been umpteen number of cases where men have blackmailed women after having sex with them.

What should you do when things fall apart and stop working?

Despite not wanting to be long-term partners, if you both feel comfortable about taking the relationship to a physical level, discuss how you will help each other out if either of you starts thinking in another direction and wants to build something else apart from the physical relationship. Do not begin the physical stuff by building castles into the air and hoping you might have a future with guy. One romp does not make a relationship.

10 Signs That Show You Are Bad In Bed

How To Get Into The Perfect Mood