How an apple a day keeps the doctor away

Apples are full of a fibre called pectin which has a huge list of health benefits. An apple contains around four grams of fibre which is quite a high percentage for a food item. Doctors and fitness experts alike have been stressing on the health benefits of this wonderful fruit for years. From the beginning of time when Eve was tricked into having this fruit by the serpent, until today, the apple has been widely regarded as one of the most nutritious of all fruits. Well, there is a reason the doctor stays away; let us have a look why: 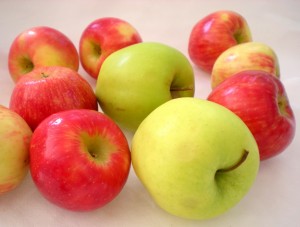 Apples help you get whiter teeth

An apple won't replace your toothbrush, but biting and chewing an apple stimulates the production of saliva in your mouth, reducing tooth decay by lowering the levels of bacteria.

An experiment performed on mice showed that drinking apple juice slows down aging of the brain and could keep Alzheimer's disease away.  Mice in the study that were fed an apple-enhanced diet showed higher levels of the neurotransmitter acetylcholine and did better in maze tests than those on a regular diet.

Research has shown that people who eat high-fibre foods like apples, gain a certain amount of protection against Parkinson's, a disease characterized by a breakdown of the brain's dopamine-producing nerve cells. Scientists have linked this to the free radical-fighting power of the antioxidants contained in them.

Apples help you get a healthier heart

An extensive research has shown that a higher intake of the fibres that an apple contains, will help slow down the build-up of cholesterol in your arteries.  When plaque builds inside your arteries, it reduces blood flow to your heart, leading to coronary artery disease. 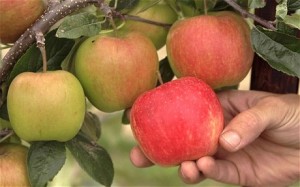 So, if you want to keep the doctor away, try an apple a day!