How To Deal With Adult Bullies

People are often under the misconception that ‘bullying' is a phenomenon that only occurs among children, and is a phase until they grow up eventually. But this isn't always the case. There are many adults out there who are capable of employing certain annoying acts and harming others around them. This is known as ‘adult bullying'. Adult bullies can be found in all walks of life – be it at work, in the neighbourhood or in our friend or family circle. Maybe that bossy relative that harasses everyone isn't just moody after all. Adult bullies could be anywhere and dealing with one can be extremely trying and difficult.

If you're a victim of an adult bully, here are some effective ways to deal with them:

Realise that it's not your fault: If you've been on the receiving end of bullying treatment from an adult for some time it's possible that you will be blaming yourself for how this person has reacted to you. Bullies feed off negative emotions. Studies suggest that deep down, they feel inferior/insecure about themselves; so if you continue to blame yourself and feel sorry for yourself, they will continue to bully you to no end. 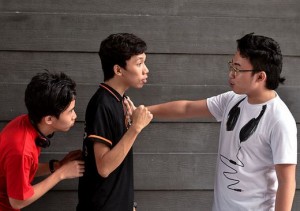 Bullies can be anywhere - at work, in the neighbourhood or even in your friend circle[/caption]

Kill them with kindness: Most times, bullies indulge in negative behaviour as they feel threatened by you and the behaviour is like a defence mechanism. So try to be polite and kind towards them. They may realise that you aren't a threat and are willing to be friendly and this may in turn stop the bullying.

Try being assertive: If kindness doesn't work, try being firm and assertive with them. Look them in the eye and ask them to stop the bullying in an assertive tone. But don't act too overpowering, as this may trigger the wrong reaction.

Ignore: Bullies enjoy the reactions that they receive from their victims. So the best way to stop them is by not reacting at all. Ignore them and avoid acknowledging their existence. This may not give them the thrill they want and they may either stop bullying or go hunting for another victim. 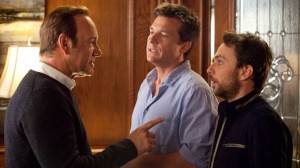 Seek help: At times, however much we would want to deal with the bully effectively, most of the times, we can't do it on our own. So once you've decided to do something about a bully, seek help from someone. If you're being bullied at work, approach the HR who will help you out. If this bully is a neighbour, friend or family, let your parents be involved in the bargain.

Also read: How To Tackle Dysfunctional Or Sadistic Individuals

Don't stress: Finally, don't ever blame yourself for being bullied. Bullying can hurt, but remember — whether you're in the lunchroom, canteen, the nursing home, or anywhere else, the bully is the one with the problem, not you.

10 Most Haunted Places In India