How To Fight Fair

Disagreements, arguments and anger are inevitable in any relationship – be it with your parents, siblings, best buddies or your partner. But it's essential to ensure that these momentary feelings do not hamper your relationship, or leave a permanent scar. So, how to fight fair in such a way that more than the people involved in the argument, the relationship is benefitted? Read on to know. 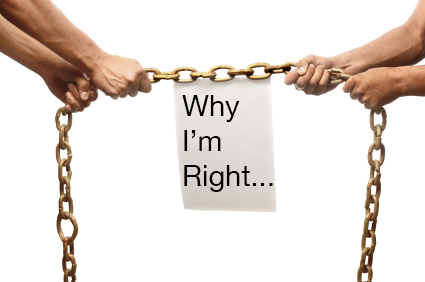 Arguments, and the urge to prove "I'm right" is sometimes unavoidable[/caption]

Brooding won't help – neither you, nor the other person and not even the relationship. Instead, communication will help; to be more specific, effective communication. What exactly do we mean by it, the below given points will explain.

>> Nobody is an ‘antaryaami' to know what's troubling you. It's essential that you convey your feelings to them – but not destructively.

>> Do not blame or belittle them. An "If we could spend more time together" is better than "You're not taking efforts to spend time with me".

>> Do not call each other names you will regret later, or hurt them tremendously.

>> Do not go off-topic and bring out sensitive issues only to touch their sore spot.

Often during an argument, we keep on talking continuously without letting the other person place their point. This actually aggravates the issue. Let the other person also talk and put forth their point; and when they are doing so, listen to them with an open mind. Listening to them only to pick out their mistakes is not going to help. Also, do not misconstrue what the other person is saying; if there is confusion, ask for a clarification, but subtly.

Do not engage yourself with your phone, laptop or chores when the other person is talking as this shows your lack of interest. 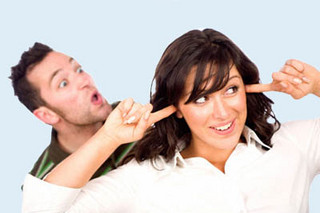 Let the other person also talk during an argument[/caption]

In times of argument, when the parties involved are of distinct opinions, it's quite natural to feel the need of a third party's opinion. In such a case, it's essential that a neutral person whose opinion and/or point of view counts for both of you is chosen. However, if you yell and yap at each other so much that everyone around comes to know of your friction, then not only will you be making a public mockery of yourselves, but also hampering the equation you both share; perhaps it could lead to a scar in the relation. 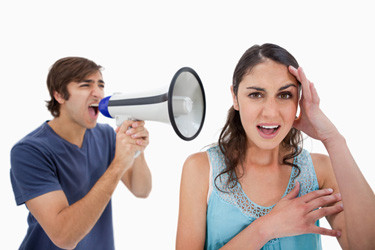 Being too loud during arguments can worsen the situation[/caption]

So, next time you fight, fight fair. And if the other person is being unfair, show this article to them! *wink, wink*

Want to know if he loves you or not?

Tricks To Save Your Sweaty, Pimple-Prone T-Zone