How to read body language cues

Observing body language and judging intention is a very useful social skill. This can help you to approach others confidently and have less fear of rejection. Most people are very obvious when it comes to sending body language cues to others while there are a few who are entirely oblivious. Let us look at certain cues that can indicate approachability and level of comfort.

Physical proximity is a good indication of intention[/caption]

The closer a person is to you, the warmer he/she thinks about you. If you move slightly closer to them and they respond and move closer still, then there is a possibility that he/she likes you and is comfortable with you. 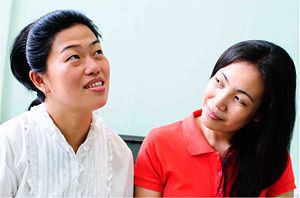 Head tilting is a body language cue as well[/caption]

Tilted heads are mostly a sign of sympathy and can even be flirting. Lowered heads indicate a reason to hide something.  If it is when he is complimented, he may be shy, ashamed, timid, keeping distance from the other person, in disbelief, or thinking to himself or herself. 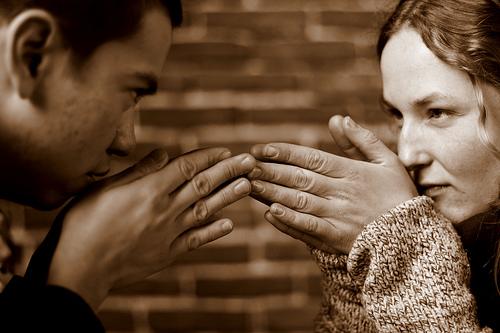 People who look to the sides a lot are nervous, lying, or distracted. If someone looks down at the floor a lot, they are probably shy or timid. Sometimes looking down and away from the body can indicate shame or guilt. If their eyes seem focused far away, that usually indicates that a person is in deep thought or not listening. However, if their pupils are dilated and are concentrated at you, it shows interest.

People with crossed arms are closing themselves to social influence. If they are rubbing their hands together or somehow touching their own body, they might be comforting themselves. If someone rests their arms behind their neck or head, they are open to what is being discussed or just laid back in general. If their hands are on their hips, they might be waiting, impatient or just tired. If their hands are closed or clenched, they may be irritated, angry, or nervous.

If you can follow these gestures and cues from a person's body, then you can closely guess intention and comfort level that will make your interaction that much superior.

Foods that can poison your dog

Ways to detect a liar