If Bollywood Makes A Biopic On These Personalities...

The trend of biopic is nothing new in Bollywood. We have seen films made on some great personalities like Razia Sultana, Mughal Emperor Akbar and Jodha Bai, Gandhiji, Indira Gandhi, Dhirubhai Ambani, Milkha Singh, Mary Kom, etc.

However, there are many more great personalities of India on which a biopic can be made including Guru Dutt, Raj Kapoor, Amitabh Bachchan, Jamsetji Tata, Tansen, Mohammed Rafi, M.F.Hussain, Rajiv Gandhi, Mother Teresa and P.T.Usha.

Well, if a biopic on these personalities is ever made, which actor would be best suited to portray them onscreen, we assess. Check them out! 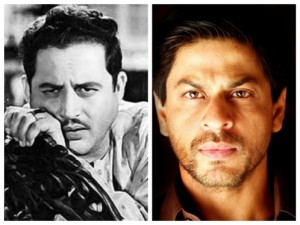 Guru Dutt was one of the most versatile personalities in Bollywood. He started his career as a choreographer and later on became an actor, director and producer. His professional life had always been good, but his personal life had a lot of ups and downs. He was an alcoholic, relied on sleeping pills, had a failed marriage because of his relationship with a co-star (actress Waheeda Rehman). If all these elements are showcased on big screen, we are sure an interesting biopic will be made. And to get the tragic life of Guru Dutt on screen, we feel that Shahrukh Khan will be the perfect choice. The superstar can very well carry a film which is all about tragedy. 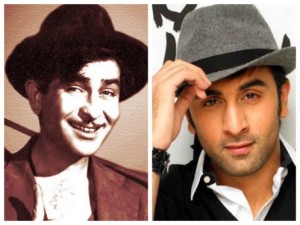 Like Guru Dutt, even Raj Kapoor was a multi-talented personality. He was a great filmmaker, but had faced a lot of issues in his professional life. The biggest setback in his life was ‘Mera Naam Joker'. The film was made on a high budget, but it proved to be a disaster at the box-office. It is learnt that after the debacle of ‘MNJ', Raj Kapoor was left in huge debts. However, like his films, even Raj was a larger-than-life person, who lived his life to the fullest! So, who else but his grandson Ranbir Kapoor would be the best bet to play the role of the veteran actor on screen. Ranbir has it in his blood, and we are sure that he will do justice to the character of Raj Kapoor. 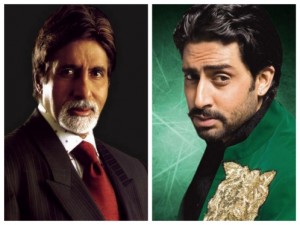 The name Amitabh Bachchan is enough to get the audiences to the theatres and of course everyone is waiting for his biopic. His success had touched the skies, and later, had also dipped so much that he was in debt like he never must have imagined. It's indeed difficult to pick up someone who can ably play the legendary actor effectively on screen, but we think the chance should be given to his son Abhishek Bachchan. Though Abhishek has, if truth be said, not yet achieved what his father has, you never know… he may prove his talent best by portraying his father on big screen. It may be recalled that earlier too, Jr. Bachchan has proved his mettle as an actor in a biopic titled ‘Guru', which was loosely based on the life of industrialist Dhirubhai Ambani. 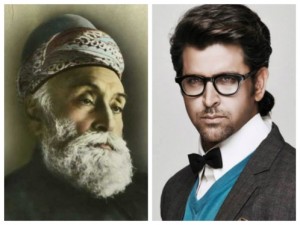 People hardly know anything about Jamsetji Tata, except that he was the founder of Tata Groups. But we are sure there are a lot of things that can be researched about him, and made into a biopic based on his life. And to play Jamsetji Tata's character in the biopic, we feel Hrithik Roshan will be apt. Hrithik has the personality and complexion that will make him look like a Parsi on screen. The superstar will surely be able to portray "Father of Indian Industry" effectively, we feel. 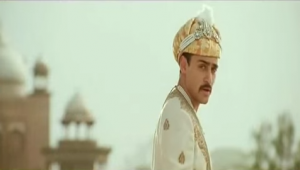 It is learnt that when Tansen used to sing, it would pour. But, there are not many facts known about him. How he met Akbar? How did he get the title of Tansen? A lot of questions about him can be answered in the biopic. In 1943, a biopic on Tansen was made, but we feel once again a filmmaker should make a biopic on him. Imran Khan has that innocence and cuteness and has a charm we saw in the actors of the 80's. The actor, who plays Tansen onscreen, should be sweet and calm; and hence, we think Imran will be just perfect for the role. 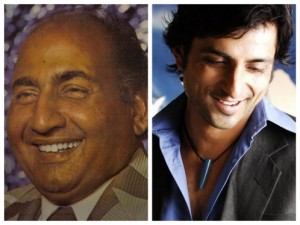 Mohammed Rafi was great singer. He has done playback singing for superstars like Raj Kapoor, Dilip Kumar, Amitabh Bachchan, etc. Mohammed Rafi's voice is said to be one of the most melodious voices in Bollywood. Till date, no other singer has reached his level. His professional as well as personal life has always been up to the mark. He was said to be one of the most genuine personalities in B-Town. Well, to get this simple man onscreen we need an actor, who has simplicity in his personality and we think Sonu Sood will be appropriate to portray Rafi onscreen. Sonu had earlier played the role of a simple guy, who is a singer in the film ‘Ek Vivaah Aisa Bhi' and had got a lot of appreciation for it. 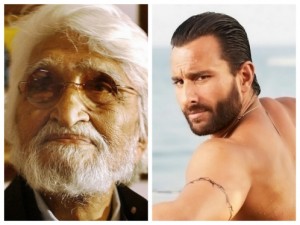 M.F.Hussain was a magnificent painter, but his paintings also created a lot of controversies. His professional life was all about colours, but in his personal life he was a totally different person. Everyone knows that Bollywood actress Madhuri Dixit was his muse and inspiration for several of his paintings, but not many know that he never wore footwear. We think if a biopic on Hussain is made then Saif Ali Khan would be perfect to play the titular role. He has the Muslim looks and we are sure he will do justice to the character of an intense painter. 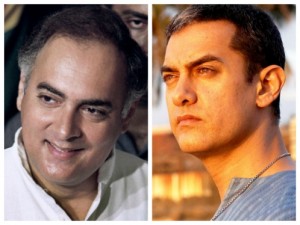 We all know about India's seventh Prime Minister, Rajiv Gandhi's political career and his untimely death. But, there are a lot of things that we don't know about him. A trained pilot, Rajiv Gandhi was not interested in Politics at all. A filmmaker will have a lot of things to show when he makes the biopic on Rajiv Gandhi. The only name that pops up in our mind to play Rajiv Gandhi in the biopic is Aamir Khan. The actor has always been associated with social causes, and his show ‘Satyamev Jayate' too tackles the issues that our country is facing. Aamir, hence we feel, is just perfect for the role. 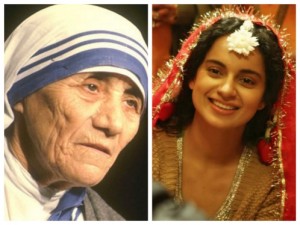 Mother Teresa, who was also known as Blessed Teresa of Calcutta, spent her whole life in social service. She worked for poor people and never believed in inequality. There were a few controversies as well in her life, but, Mother Teresa showcased strength and patience, and overcame each obstacle. After watching Kangana Ranaut's sweet and simple act in ‘Queen', we don't think any other actress can be suitable for the biopic of Mother Teresa. 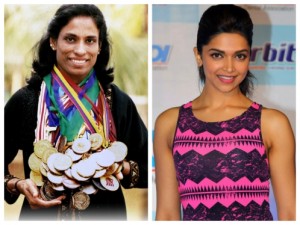 Recently, we had a biopic on a lady sports person, boxer Mary Kom. Priyanka Chopra played the role of a boxer fantastically. But, we feel that now it's time to make one more biopic of a lady sports person, runner P.T.Usha. She has won a lot of medals and we are sure that audiences would be interested to know more about her life, so a biopic is surely a great idea. And we think Deepika Padukone will very well carry the role of P.T.Usha on big screen. Not only is she a good actress but her affinity towards sports is also well-known.

Tips To Strengthen Your Bond And Be A Truly Happy Couple