In love with Arjun Kapoor and his stubble? Don't miss this one then!

Bollywood actor Arjun Kapoor, who has always been known for sporting a sexy stubble with élan, has been fittingly chosen as the brand ambassador for Philips' male grooming range.

Yesterday, at an event to introduce this handsome hunk as its brand ambassador, the brand had held an event. At this do, Arjun and his facial crop was the point of discussion! 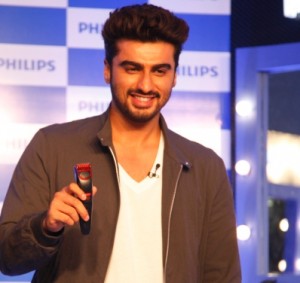 First tryst with shaving as a teenager

Arjun revealed how he flicked his dad, Boney Kapoor's, shaving kit to shave for the first time. But this fidgety teenager cut (yes, cut) the foaming brush in the process, and hurriedly kept it back exactly as his father had left it there. When Sr. Kapoor returned, he noticed the damaged shaving brush and realized something was amiss. The obvious suspect was his teenage son. This is when Boney taught Arjun how to shave properly!

The Brunette Diaries' message: Have you taught your son/sibling the right way of shaving yet? 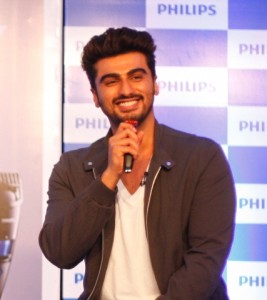 Why sporting stubble is cooler than being clean shaven

The 29-year-old actor opines that sporting kempt stubble makes you look cool yet mature and intelligent. Plus, you can shape it in any way you want. You can also give an impression of a chiseled jaw-line with appropriately shaped stubble. Thus, it is the easiest way to impress your girl, as well as her kith and kin! And yes, knock, knock… stubble won't "trouble" your girl, if you know what we mean! ;) 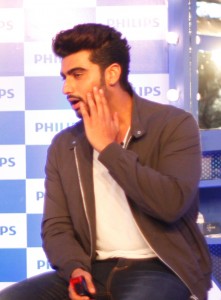 Arjun Kapoor reveals why he feels stubble is cool[/caption]

If you're pressed for time in the mornings, trim your facial hair at night before a refreshing bath, like Arjun does! Not only does it help the actor save time in the morning, it also helps him maintain the continuity of his looks for the films he is working on. Arjun also says that it is advisable to trim your stubble every day or two, else it will grow long, making it look messy and unkempt.

The Brunette Diaries' message: Stubble is cool if maintained well; else, it can be a turn-off! 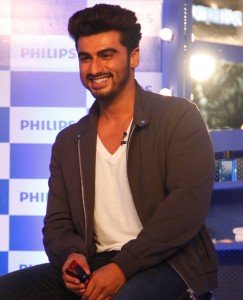 Arjun advises trimming every day or two, and keeping your stubble neat[/caption]

Vanity is not an "only girls" department! Even men like to look good. While some are open about it, others are discreet, says Arjun. Thus, facials, manicures and pedicures are some beauty indulgences that even guys would love to enjoy! And of course, what's wrong in getting rid of dead skin from your face? What's the problem if guys want to keep their hands and feet clean and attractive to look at? And yes, another thing that Arjun highlighted – visiting the dentist every two months. Sporting clean, white pearlies… indeed, so essential!

The Brunette Diaries' message: Be proud that you put in efforts to look good and be presentable. There's nothing to be ashamed of in being metrosexual. 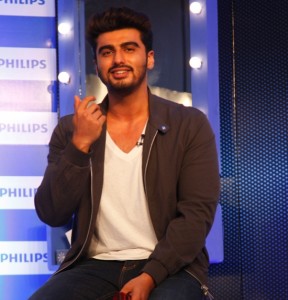 And now the last question:

Your Brunette asked Arjun a question that instantly made him blush! Well, this is what happened… I could clearly see his neatly trimmed chest hair, so I asked him if he uses Philips' trimmer to trim them as well. The suave actor immediately went pink in his face, blushing. He (while still blushing) asked me why I was looking at his chest when he has a decent looking face (Oh, I would call that a good looking face); but hey, for how long can a girl not look at his sexy and fit chest! Anyway, finally Arjun nodded saying, yes! Yes, he does trim his chest hair using the brand's trimmer! He added that keeping unwanted hair off the body must unfailingly be a part of one's personal hygiene. Absolutely right, Arjun!

The Brunette Diaries' message: Don't be lazy about trimming body hair. It's an absolute must for overall personal hygiene. 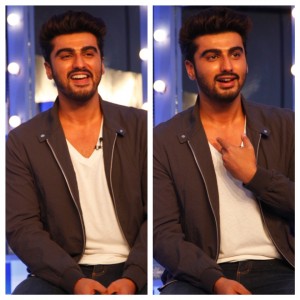 9 things to tell people who urge you to make babies!