Kajol has always impressed us with her acting over the decades. Her delightful nature, heart-melting smile and impeccable acting skills have won us over with one mesmerizing performance after another. 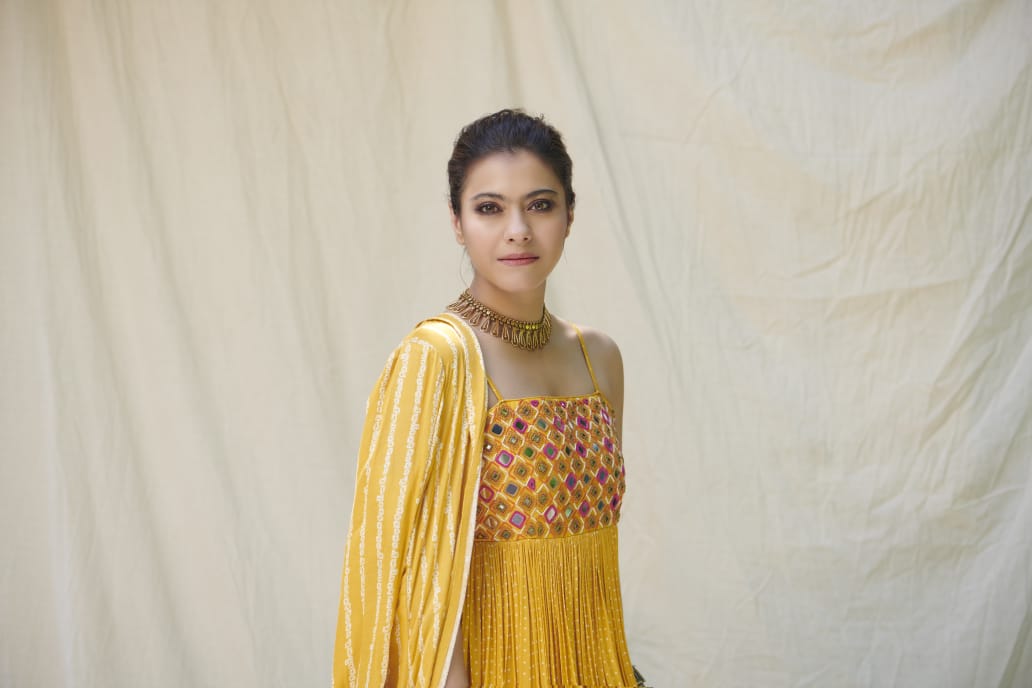 Everyone around the world is fighting the pandemic and practicing social-distancing to prevent the spread of COVID-19. So we are here to help you duting these trying times.

From her films in the ‘90s till now, here are 10 films of Kajol you can binge-watch on while in quarantine:

Without a doubt, Kajol was living every teenage girl’s dream in Aditya Chopra’s Dilwale Dulhania Le Jayenge, when she played the role of Simran who goes on a trip across Europe and falls in love with Raj, played by Shah Rukh Khan. Her on-screen innocence, naivety and chemistry with SRK were what caused the audience to fall in love with her.

Who can ever forget Kajol playing the jhalli Anjali in Karan Johar’s Kuch Kuch Hota Hai? Everyone was left awe-struck with Kajol’s transformation from a tomboy to the sansakari kudi, who is about to get married. Not only had the lead’s fashion sense in the movie was appreciated as well as replicated by many, but the amazing bond between Shah Rukh Khan, Rani Mukerji and Kajol was what grasped the audience’s attention.

Kajol has delivered many memorable performances that have stayed with the audience. Giving us a different version of Anjali in K3G, we see Kajol playing the beloved character. From her hilarious shayris to the iconic ‘gamla’ scene and of course, her super patriotic nature, the actress has made a room in all our hearts with this role. From the amazing songs, costumes, dance steps to the grandeur of the entire cast, this Karan Johar directorial, surely makes a good movie to watch with your family during the quarantine.

Kajol has delivered versatile performances in her entire career, but her performance as the sweet, docile and visually impaired Zooni who falls in love with a terrorist named Rehan, played by Aamir Khan, was appreciated by her fans very much. The actress shows vulnerabilities as well as strength in her character so flawlessly, that it just takes your breath away.

Released in 2010, My Name Is Khan is one of Karan Johar’s most loved and appreciated movies. The story of the film saw a beautiful love story between Kajol and Shah Rukh Khan which suffers a tragedy. Kajol plays the role of Mandira, a self-made woman and a mother to a young son and the heart-wrenching devastation she goes through along with how she stands up from it shows the strength of the actress.

Even though her debut in Bollywood was Bekhudi in 1992, Kajol’s performance in Baazigar in 1993 received many accolades. Her character of Priya who wants to get to the bottom of her sister’s murder was very well received by the audience. The movie which starred Shah Rukh Khan as the lead became Kajol’s first hit movie.

The Ajay Devgn, Kajol, Aamir Khan and Juhi Chawla starrer is a beautiful love story between four friends who try to fight the class system so that they can marry the one they love without having people frowning on their decisions. Kajol’s portrayal of Kajal, a middle-class woman with a strong moral code and values, was admired by her fans a lot.

The Salman Khan, Kajol and Arbaaz Khan starrer Pyaar Kiya Toh Darna Kya is one of the most appreciated rom-com movies of all time. Kajol’s portrayal of Muskan, a girl-next-door, and her bond with her over-protective elder brother, along with her pairing with Suraj played by Salman Khan makes this a memorable movie of the ‘90s.

The Ajay Devgn-Kajol starrer, Pyaar Toh Hona Hi Tha still remains in all our hearts as one of the most beloved rom-coms from that decade. From the songs to Kajol and Ajay’s on-screen chemistry, the magic that the movie created was unmissable. Kajol’s portrayal of Sanjana, a head-strong woman who will do anything to win the heart of the one she loves with several hilarious elements added to it makes the film a perfect family entertainer.

Kajol is known for choosing the bold and versatile characters in her career path and Gupt is a shining example of the same. The actress played a negative role in the much-appreciated suspense thriller and she not only received a boatload of praises.

Binging on these remarkable films by Kajol is surely going to make the audience fall in love with her all over again!

For more such features stay tuned to The Brunette Diaries.