People usually link the word ‘poor' back to someone's financial status, but there are more ways that this word can be used. In most cases, people who are financially poor have very poor mindsets which are one of the main reasons why they stay poor. If you are such a person who has this typical mindset, then my friend, you don't need to go to a doctor to get your head checked. There is nothing wrong with you mentally; it's just that you are ignorant about certain things. If you want the tide to change, here are 5 habits you must avoid to become more successful.

They think more about what they can buy, not how good they are:

When poor people plan to start a business, it is for the sole purpose to fulfill their desires and not because they are really good at what they do. I'm sure you may hear people "Mark my words, I'll be a millionaire one day." or "I will own a Lambo one day."  Such people are idiots and are leaving in a fantasy world. If you're one of them, then it's time to come back to reality. Instead of saying I'll do this and that, why don't you let your actions speak for themselves?

Also read: How To Be Happy And Enjoy Work Life

Go over their budget: 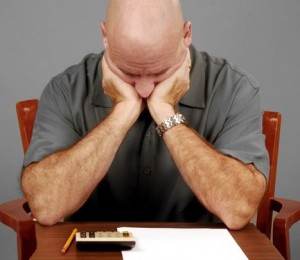 They spend more and save less.[/caption]

Most poor people have a bad habit of spending their paychecks even before they have cashed it in. They borrow money from friends to buy designer clothes, or improve their cars instead of saving this money. The best way to save money is to make a budget plan on how much you spend daily; this would make it easier for you to know when you go above your limit.

They Always Give Excuses:

There is always that one excuse that always pops up when you ask a poor person why you aren't successful? They'll say it's family, children, an illness, or just about anything else as they don't want to do anything with their life. The reason they do this is because they want people to empathize with them.

Also read: How To Beat Work Stress The Fun Way!

Have great ideas, but say nothing:

Poor people have some really great ideas, but the problem is they never share them. They expect some partner or expert to come into the scenario and give them a helping hand. This inability of theirs to not take action is considered to be a disease by others. Successful people take risks and put all their energy into whatever it is that they are doing. This is what makes them successful. 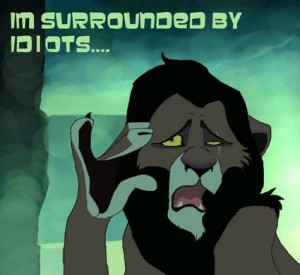 They all have idiot friends.[/caption]

Poor people will always be surrounded by people of their own caliber because they have the mindset and they like to be around them because they are all at the same level. They prefer not to hang out with the successful bunch because they will get teased or be made to feel unimportant and stupid all the time.

Hopefully, after reading this you're now aware of the things that can make you unsuccessful, so it's time to buck up and show the world what you are capable of.

Eat These Foods That Suppress Your Appetite And Shed Pounds

Tips And Tricks To Help You Grow Out Pixie Haircut Beautifully