In India, parents may not mind an inter-caste marriage but will never allow two homosexuals to unite. Homosexuality is the attraction and love people have for their own gender, while heterosexuality is defined as the sexual attraction/relation with persons of the opposite sex.

The society, especially in our country, is hesitant to accept the very needs of homosexuals. This is the reason why many people are scared of admitting their sexual desires for the same sex. Our society can only accept heterosexuality. This is mainly because the visibility of homosexuals is not as common in India as it is in western countries. Seeing people indulge in behaviours that are supposedly not normal is indigestible here.

Religious texts/books are interpreted by experts (priests, imams, pundits, etc) to maintain the status quo of a peaceful and religious society.  These religious beliefs were incorporated by the British within our legislation as well; section 377 of the IPC is an example of this. Furthermore, many people think that homosexuality requires psychiatric help. When the whole society is against these people who get attracted to the same sex, how is it possible for them to open up about their sexual orientation? As a result of this, many homosexuals end up leading a double life by getting married to a straight person and hiding their sexual orientation. Having a straight partner but fantasizing about homosexual encounters is the beginning of a troubled marriage. 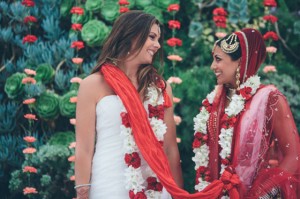 Realisation of sexual orientation usually begins at adolescence. Some people tend to shun the difference as they feel embarrassed as well as scared to come to terms with the fact, while others decide to fight the society and live life as they want to. One such person who chose to do the latter is Shobhna S. Kumar who is the publisher of Queer Ink, an online media specializing in India-specific resources on gay, lesbian, bi-sexual, transgender and transsexuals.

Says Shobhna, "Since India does not approve homosexuality, there are no role models for the younger generation to look up to. A few choose to commit suicide because they are forced to give up their identity and are obligated to live a life they are not satisfied with." Shobhna, who is now a name to reckon with in the LGBT community, manages support groups on a monthly basis to help women who are exploring their sexuality or identify themselves as lesbian, bi-sexual women and/or trans persons.

Shobhna further said, "Once the person is aware of the attraction to same sex individuals, it is important to accept it. First, self acceptance is crucial. If you don't accept who you are, how can you expect your immediate family and the society to accept you? Acknowledge the fact that you are someone who desires and loves persons of the same sex. At the same time, keep at the back of your mind that this attraction will take time to actualize and even then could be just an exploratory phase."

Once you know you are homosexual, you have to decide your life – whether you are ready to go against the society to establish yourself as lesbian/gay or you want to subjugate your identity. Even if the whole world is going against you, have strength to face the reality and remain who you are. In that way, you can be an inspiration to many teenagers who feel scared to admit their sexual orientation. It is a tedious task to acknowledge your uniqueness. You might even end up facing challenges and feeling abandoned, but when has life been a bed of roses?

Shobhna is available to help women who are exploring their sexuality. She can be reached at [email protected]

Cheat Sheet For A Smooth Complexion