Bollywood superstar Aamir Khan celebrates his Golden Jubilee, his 50th birthday, today. Out of these 50 years, Aamir has dedicated 26 years of his life to Indian Cinema. On this occasion, we bring to you a feature that talks about the looks this perfectionist has carried off with élan in his films and had everyone talking about it! 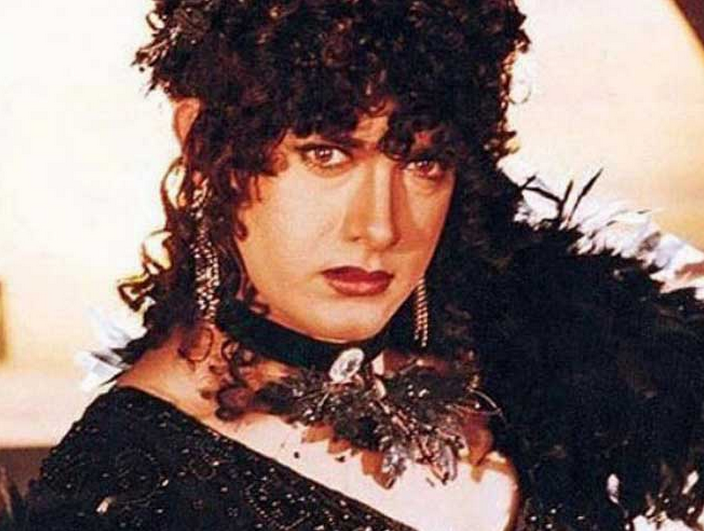 Aamir as a seductress in 'Baazi'[/caption]

Not many actors have the courage to impersonate a lady on screen. But, Aamir did it and how! Though no one really remembers the average grosser ‘Baazi' today, one thing they do remember about this film is Aamir's dazzling look in the song "Dole Dole Dil Dole". His "pretty" face, cute smile, and heart-thumping sexy dance moves can bring a smile on your face even if you watch the song for the Nth time! 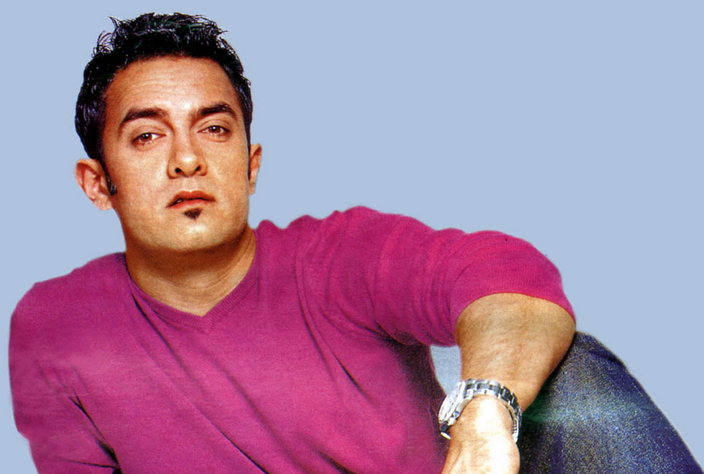 We agree the name coined for this look isn't any exciting; but that's what Aamir's small under-lip beard in ‘Dil Chahta Hai' is called. Well, the soul patch beard trend in India started after Aamir sported it in the film. This trendy look started by Aamir is famous even today, and youngsters still follow this look.

After ‘Dil Chahta Hai', Aamir Khan took a long break of three years and then made a comeback with ‘Mangal Pandey: The Rising'. Once again what grabbed the attention of moviegoers was Aamir Khan's look. The long, wavy hair with a moustache made Aamir look perfect as the historic warrior. As soon as the look was leaked, all mediums were busy talking about it, and this helped create an excitement for his look in the film. Well, nowadays, making biopics is quite common, but we can say that it was Aamir who started the trend of biopics with ‘Mangal Pandey: The Rising'.

Aamir sported the buzz-cut in ‘Ghajini'[/caption]

Aamir's one-of-a-kind buzz haircut in ‘Ghajini' captured everyone's attention as soon as it was unveiled. In fact, even today if you see someone sporting a military cut hairstyle with grooves in between, won't you be instantly reminded of Aamir's ‘Ghajini' look? That's the long-lasting effect of Aamir's look in the film. 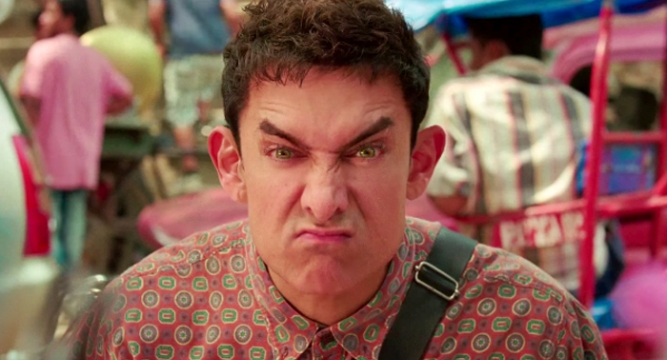 Aamir Khan had several times in the past stated that he wished that he had smaller ears as his ears pop out. But, as everyone knows, for his film ‘PK', Aamir made his ears pop out even more! Remember Anushka Sharma saying in the trailer of the film ‘Flying saucer jaise kaan'? And yes, something that not many actors have dared to do… Aamir went nude in ‘PK' with just a transistor protecting his modesty. It was a very huge risk, undoubtedly! While some were excited to see Aamir's unexpected avatar, others created a huge furor. But at the end of it all, the nude look was justified in the outstanding film which broke several box office records.

We are sure that Aamir will keep on doing fantastic films, and come up with several new looks that will give his fans a reason to smile and be excited about. As of now, TBD wishes the superstar a very Happy Birthday.