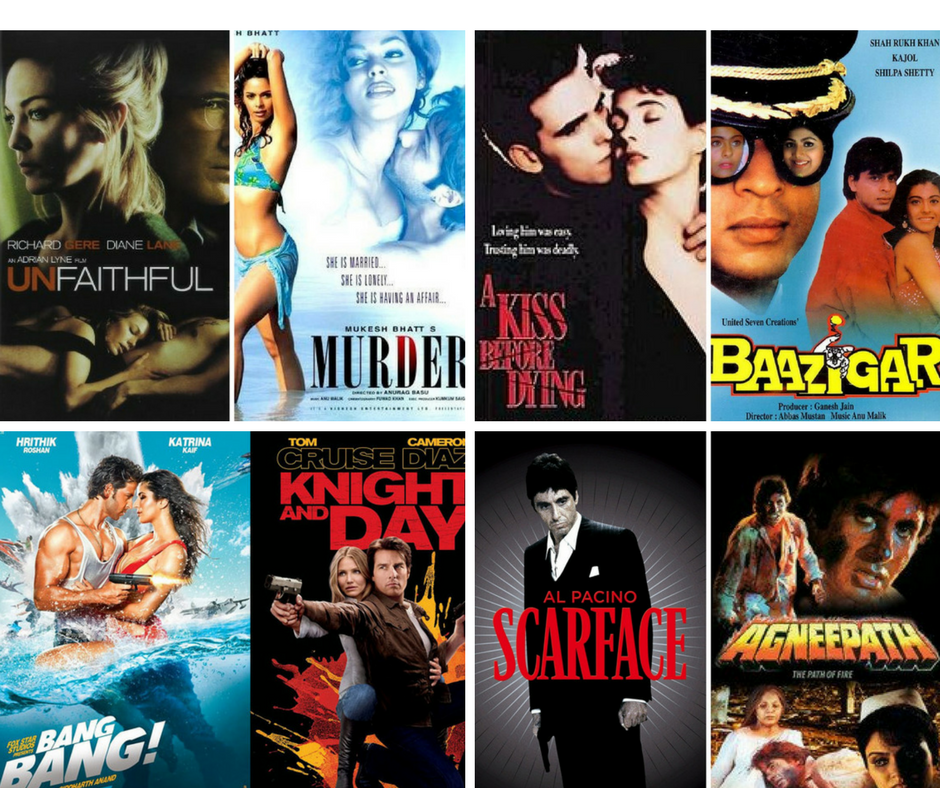 India has been emulating the Western culture ever since the British rule! In the last few years, Bollywood has been known for imitating and adapting movie concepts from Hollywood. Where are the days when our story concepts used to be original and creative? Is the age of original cinema dying? Are we starting to be okay with imitations? ‘Cause most of the movies in the list below went on to do well at the box office. Here is a list of Bollywood movies copied and 'highly inspired' from Hollywood movies.

Priyanka Chopra's debut film for which she was highly praised by the critics and won the BFJA award for best actress, was adapted from the American movie Disclosure. The movie was so Indianised that it couldn't be identified from where it was taken. 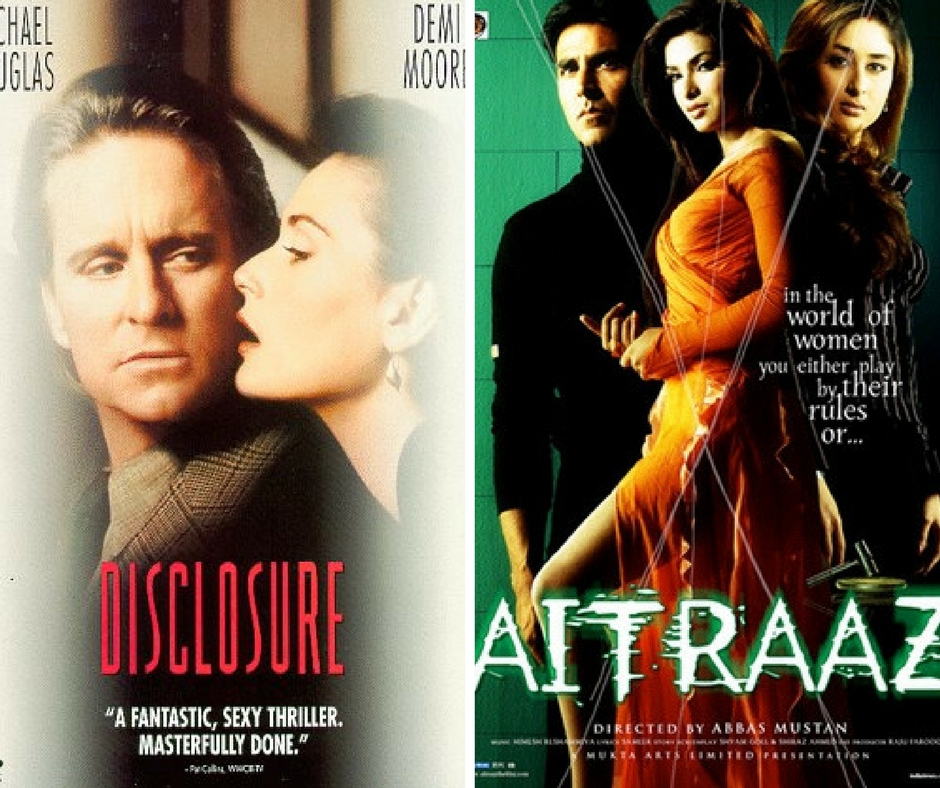 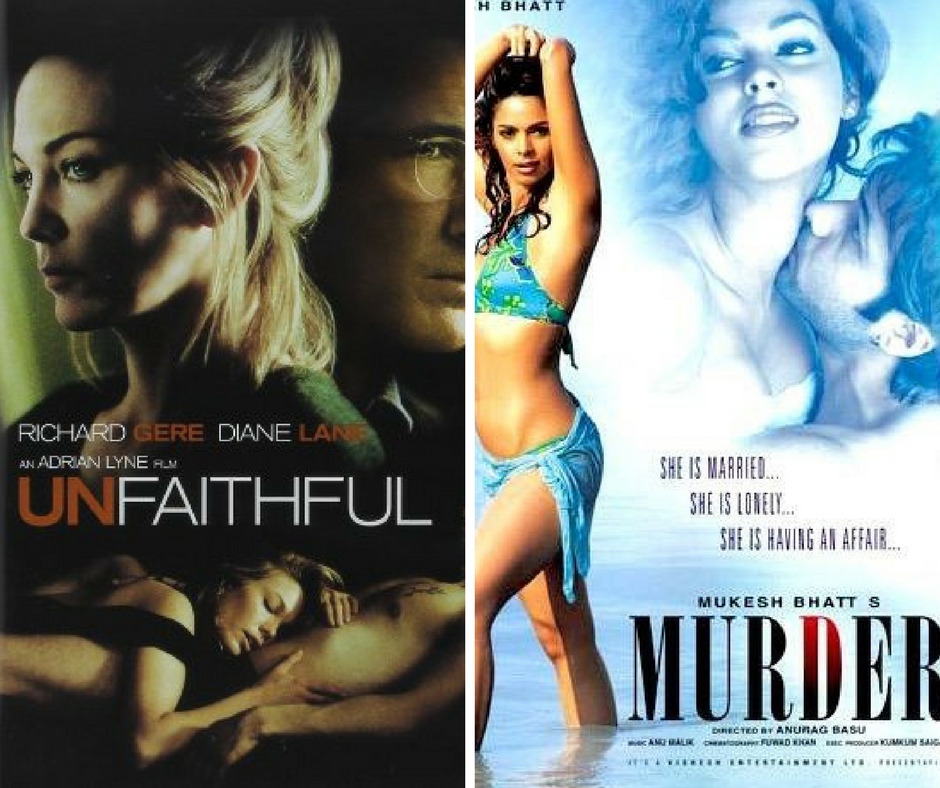 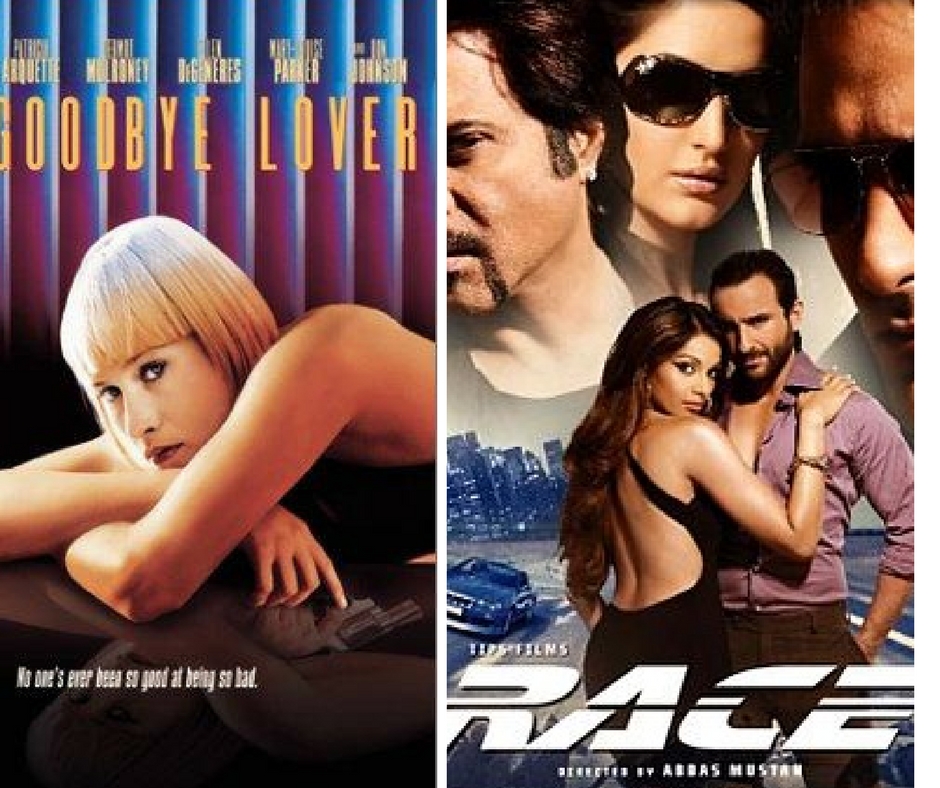 Shah Rukh Khan was highly appreciated for his performance in ‘Baazigar'. The stalker-ish lover story was inspired by the Hollywood film ‘A Kiss Before Dying'. King Khan won the Filmfare award for best actor. This was also Shilpa Shetty's debut film. 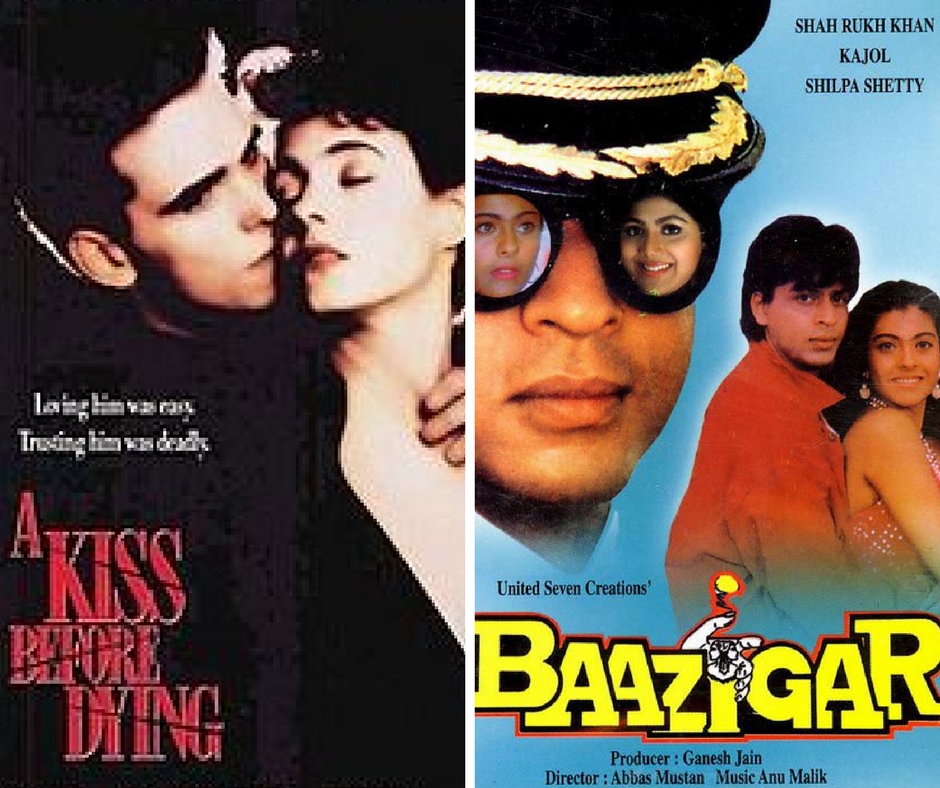 ‘Bang Bang' was a total imitation from the movie ‘Knight And Day' starring Tom Cruise and Cameron Diaz. In both the stories, the main lead is somewhat deranged yet mysterious. Not only the concept, but they went a step ahead and copied some of the scenes from the Hollywood film as well. 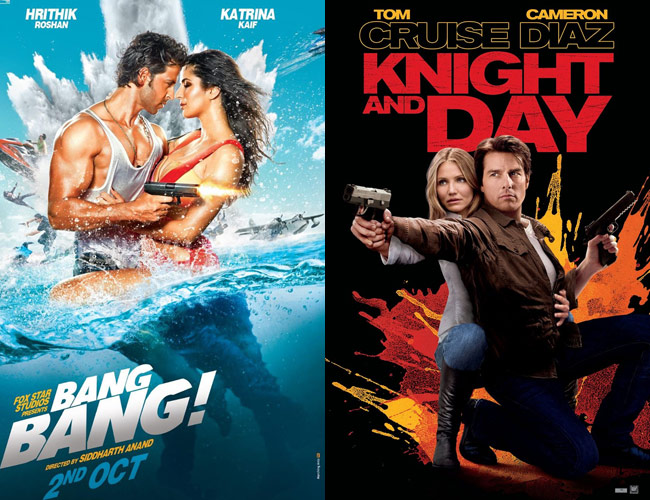 The movie bought a smile on many faces. Both the movies share the same concept of using humor to treat patients. Apart from that, you will find similarities in few of the characters too. 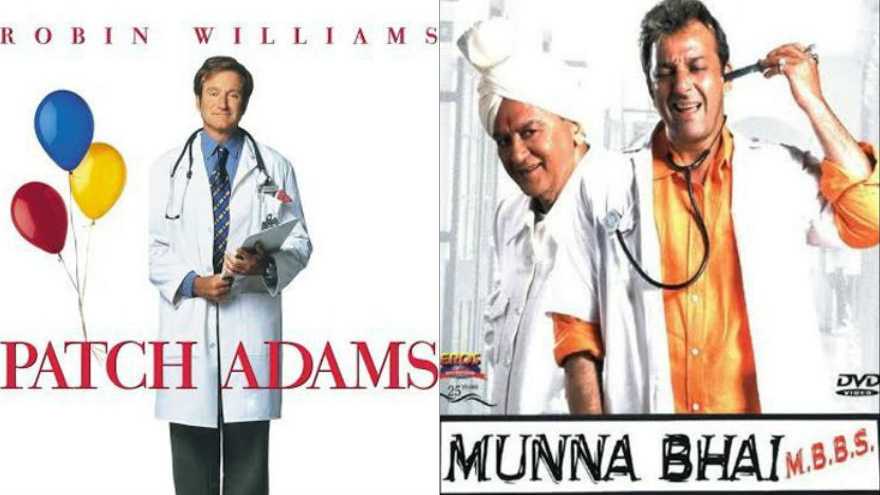 Both the actors gained a lot of fame from the character they were playing in the respective films. The movie revolves around a low life man that went on to become a mafia. 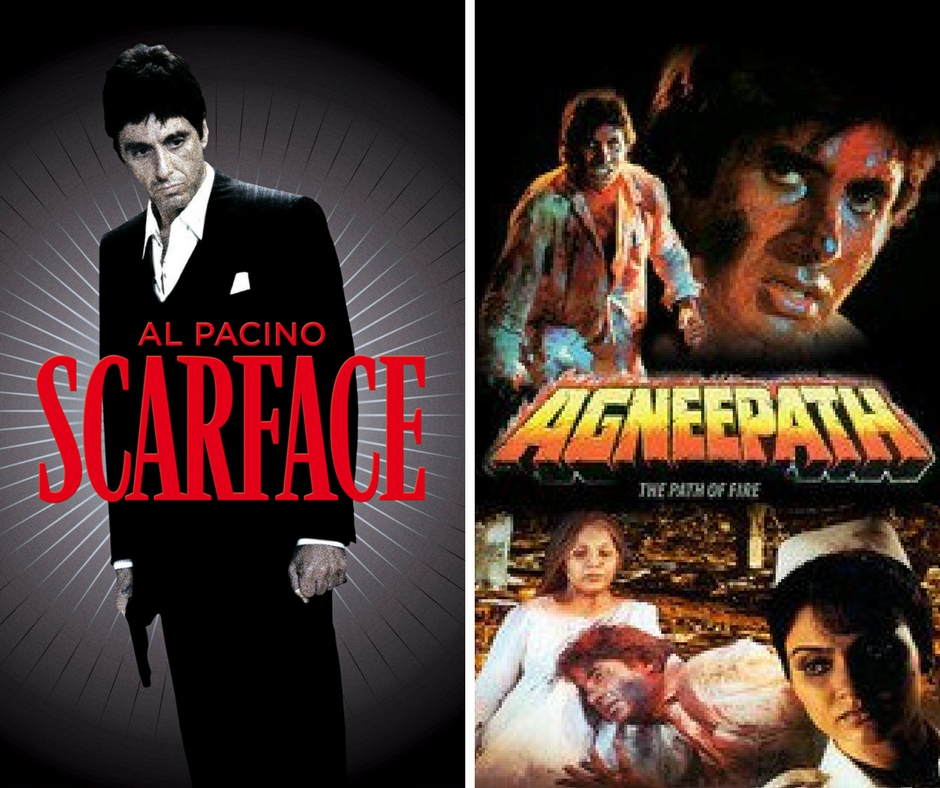 ‘Main Khiladi Tu Anari' is a remake of the Hollywood movie ‘The Hard Way', in which a movie star tags along with a hard-boiled policeman to research a movie role. 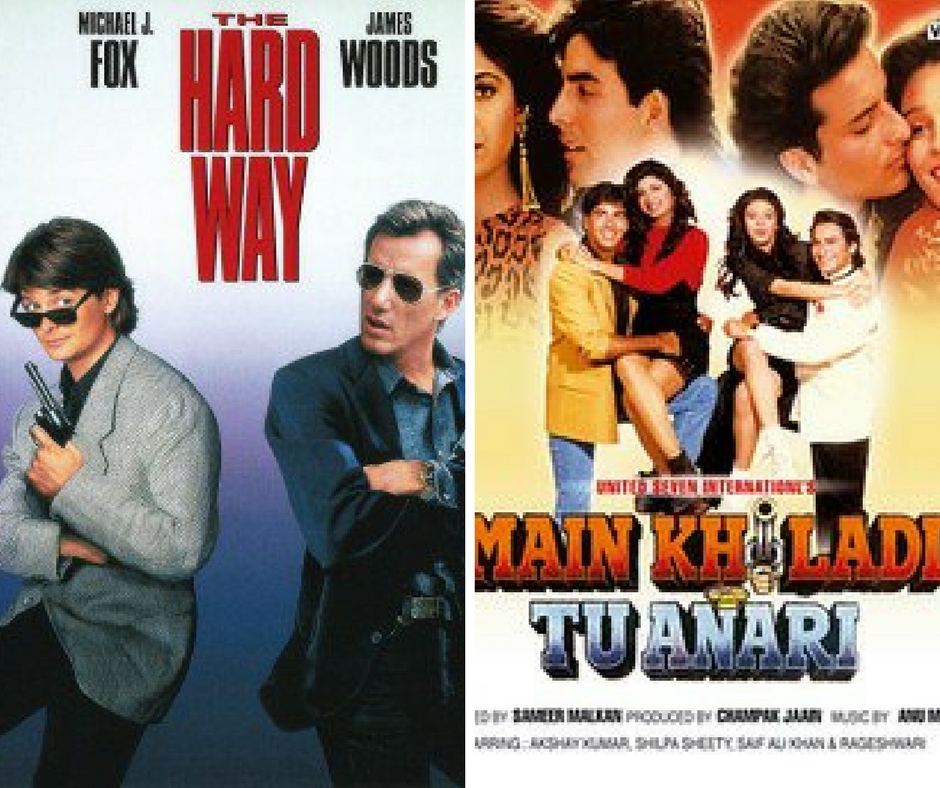 Not only the concept, but even the title is inspired - ‘Bunty and Babli' seems to have a stark resemblance to ‘Bonnie & Clyde' in which a couple loots people around. 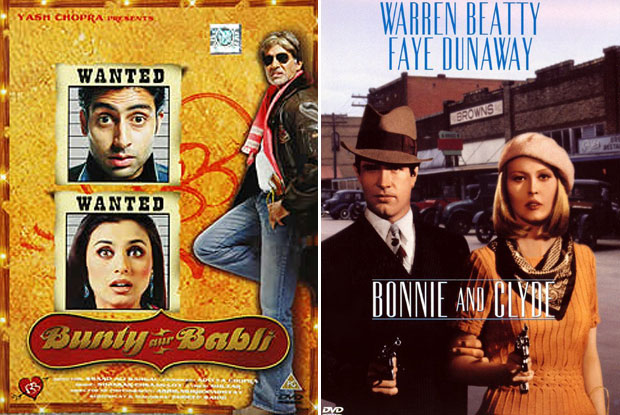 As much as we love Hollywood movies, we'd appreciate it if Bollywood took a pledge to be original and creative and stopped giving us crappy versions of already made movies.