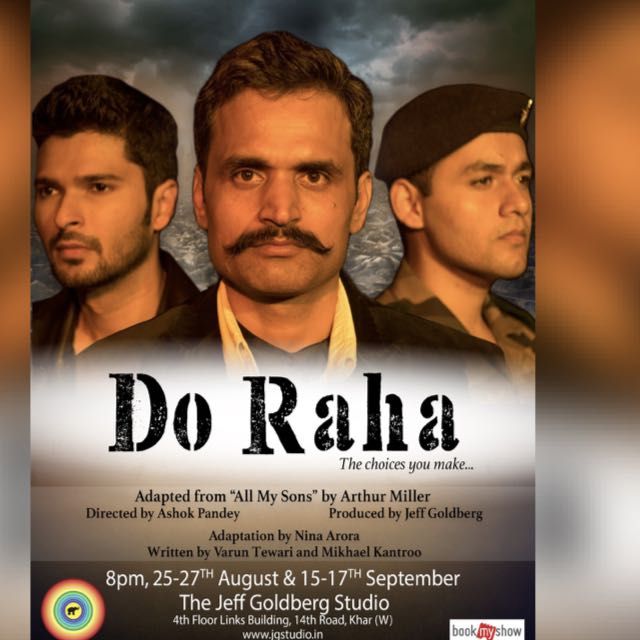 Do Raha is a well-intentioned play which somewhere lacks punch.

An adaptation of Arthur Miller's All My Sons, Do Raha is mainly about the Randhawas, an army family. All seems well until a certain sequence of events (which we can't reveal because they'll be spoilers) begins to unearth rather shocking secrets.

The play starts off well and are you are drawn into the characters. The complexities in the relationships are shown well. But the main problem is its erratic writing. There are some acts which don't make sense or don't have the desired impact. Like for instance the scene in which Sanjana Bedi (Gunjan Saini) & Jai Randhawa (Mikhael Kantroo) have a passionate, sad dance. Also, we don't know what happens to the character of Lalit's friend and Sanjana's father.

The other thing I was disappointed about was the lack of sound. I was sitting in the 3rd row yet couldn't listen to all dialogues. Also, the play is supposed to be set in the ‘90s but the brothers are singing a song from a 2017 film. Yeh baat kuch hazam nahin hui.

The performances help a great deal in keeping you hooked. Ashok Pandey is amazing as he plays this uptight character. Varun Tiwari is excellent and delivers a restrained performance. Mikhael Kantroo surely knows how to convey various emotions. Gunjan Saini is good. Varnika Singh, who plays Ashok Pandey's wife, is pretty decent.

So, while this play has a lot of potential, it only goes this far. It would've been a lot better if the writing was smarter & convincing. We give it 2.5 stars.

The next play performance dates are 15-17 September in Mumbai.