With international hip-hop sensation Redfoo from LMFAO set to sing for Salman Khan's latest flick 'Kick', the foreign music industry is readily moving eastwards to merge with the Indian culture. Many singers have come to India and have gladly embraced the Bollywood style by adding a western touch to it. Here we list a few who blended their style with Bollywood. 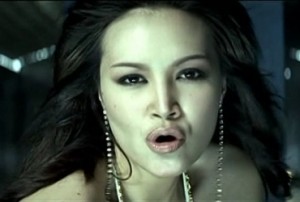 Thai sensation Tata Young, sang ‘Dhoom Dhoom' – which was the title track for the movie ‘Dhoom'. The song included English lyrics with an Indian musical style. The song rose on the billboards all over the world in 2004-2005.

(You may find this interesting - Bollywood celebs before stardom)

Kylie sang a song titled ‘Chiggy Wiggy' for the 2009 film ‘Blue'. The song was composed by A.R.Rahman and was sung by the Australian pop sensation Kylie along with Sonu Nigam. The track hit no.1 on the Indian Singles Chart, making Minogue the 1st international artist to hit no.1 in the country. 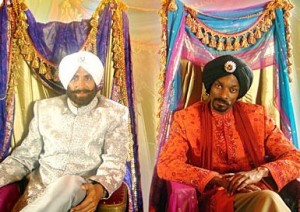 Snoop dizzle from the west met up with Ak Kizzle (Akshay Kumar) from the east to come up with one of Bollywood's smoothest tracks ever. The song ‘Singh is king' from the movie ‘Singh Is King' featured Snoop Dogg, RDB and Akshay Kumar in what was an amazing fusion of rap and traditional Punjabi music. 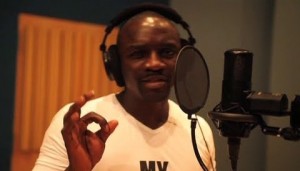 International R&B sensation Akon sang ‘Chamak Challo' for the movie ‘Ra One' which starred Shah Rukh Khan. This collaboration in 2011 was another successful east-west fusion to bring out a classic hit which occupied the top rank on all Indian music charts for a long time.

Planning for a successful future