The BTS Army got quite a scare when the boys’ tour bus was involved in a crash with several other vehicles. The accident happened in Taoyuan, Taiwan, just after the K-Pop boy band performed their second night there on their ‘Love Yourself’ World Tour. They just finished playing at Taoyuan International Baseball Stadium when the multi-vehicle accident occurred, but fortunately Jin, Suga, J-Hope, RM, Jimin, V and Jungkook escaped the scary crash unhurt.

BTS, also known as the Bangtan Boys, is a seven-member South Korean boy band formed by Big Hit Entertainment. The name subsequently became a backronym for Beyond the Scene in July 2017. “On their way back to the hotel after the Taiwan show, there was slight collision between the artists’ cars,” Big Hit Entertainment tells Billboard. “None of the members were injured and returned back to hotel safely, and there’s no changes to the upcoming schedules.” The boys are now headed to Japan to play two sold out shows at the Nagoya Dome beginning on 12 December. 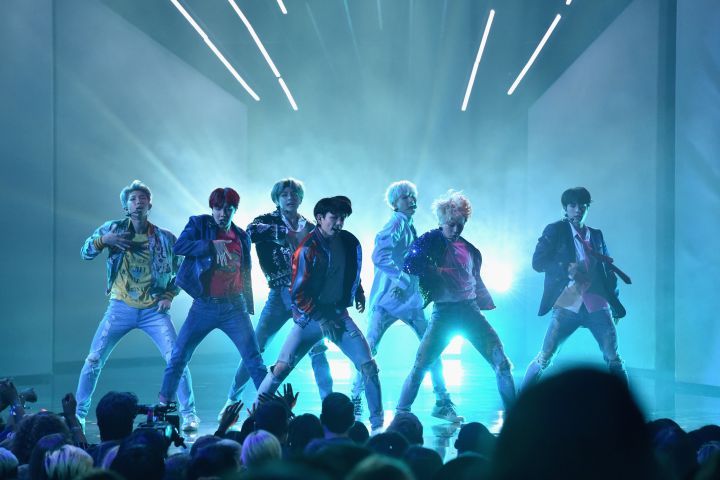 BTS has been on a world tour that kicked off 25 August in their native Seoul. Then they headed over to North America, playing a whopping four sold out shows at LA’s Staples Center. At the rate of their popularity they might stand a chance of knocking off Taylor Swift‘s record of sold out shows at the venue.

The guys right now are celebrating their first Grammy nomination, which is a historic achievement as no other K-Pop act has received one. While it was for best recording package alongside Seoul based artist HuskyFox, BTS still feels honored.

They got the nomination for ‘Best Package’ which is more about the visuals of an album but this was the first year they ever even submitted to the Grammy’s, so to get any kind of recognition is a major honor.

Well, we’re just happy to know the boys are safe and sound and that they’ll be continuing their tour without any trouble.