Psychological mystery movies/series that will kick into your weekend sherlock! 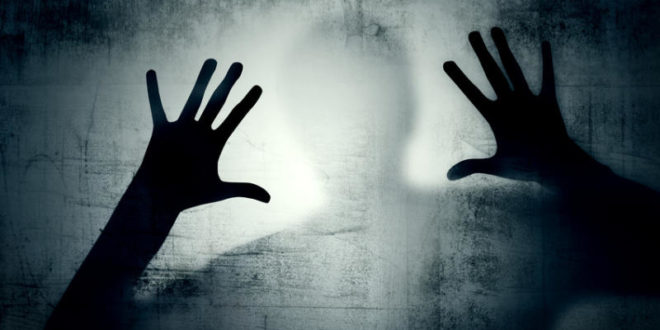 As much as we hate, as sane normal people do, murders or things that are disturbing or hard to swallow down the throat, everyone enjoys a good murder/psychological thriller mystery movie. It kind of fastens your heart beat and awakens the inner Sherlock in you. You start making guesses or if it’s a really good flick, it gets inside your brain and makes you think like a true detective, as if you’re in the movie.

Talking about psychological thriller, they give a whole new definition to cinema, It’s all about exploring the infinite human psyche, be it that of a serial killer or a girl-next-door. No one knows what goes on inside a person’s head, which is what these spine-chilling films are about. Everything looks normal on the surface. A seemingly regular housewife might have fetishes you couldn’t dream of, while a little child might be indulging in delusions beyond imagination. After all, our thoughts are what drive our actions.

So, presenting some of the great psychological thriller of all times for you to binge watch this weekend.

I don’t even understand this movie clearly because the parallel universe plot is so confusing but it for all I can recall it is about a schizophrenic boy named Donnie Darko who met a figure in a monstrous rabbit costume who introduces himself as "Frank" then Frank started to made Donnie do unexpected destructive things outside his control that he couldn’t remember of doing.

The limited series asks why seemingly loving, sane wife and mother would kill a man in broad daylight in front of her child and husband with a whole town watching. It’s a truly harrowing, tightly wound thrill ride.

A married couple, Simon and Robyn, moves into a new home. They soon cross paths with Gordo, a man Simon once knew. He starts sending expensive gifts to their house and showing up uninvited, much to the bafflement of the two. But when his behaviour reveals a horrifying secret, the tables turn.

This is one of the most spine chilling movie ever. Leonardo and Mark’s performance in this one is simply outstanding. The movie is about Teddy Daniels and Chuck Aule, two US marshals, are sent to an asylum on a remote island in order to investigate the disappearance of a patient, but Teddy uncovers a shocking truth about the place.

Robert Graysmith, a cartoonist by profession, finds himself obsessively thinking about the zodiac killer. He uses his puzzle-solving abilities to get closer to revealing the identity of the killer. Yes, this is a long one, and it does gets boring in between but the fact that it is a true story still shakes me.

A freak storm unleashes a species of bloodthirsty creatures on a small town, where a small band of citizens hole up in a supermarket and fight for their lives. The cinematic appeal to this film is a job well done, it’s a must watch!

Sherlock is a British crime drama television series based on Sir Arthur Conan Doyle's Sherlock Holmes detective stories. Hands down it’s my favorite of them all (maybe because I’m a huge fan of Benedict Cumberbatch’s phenomenal acting as Sherlock).

Christopher Nolan made a name for himself with 2000's innovative psychological thriller Memento. Leonard Shelby, an insurance investigator, suffers from anterograde amnesia and uses notes and tattoos to hunt for the man he thinks killed his wife, which is the last thing he remembers.

A mysterious novel, "The Number 23," given to Walter Sparrow by his wife Agatha as a birthday gift, depicts a chilling murder mystery that seems to mirror Walter's life in dark and uncontrollable ways. The life of the book's main character, a brooding detective named Fingerling, is filled with moments that echo Walter's own history. As the world of the book starts to come alive, Walter becomes infected by the most frightening and evocative part of it

Hannibal really is one of the most unique and gripping things on television. A dark, disquieting, elegiac, ultimately poetic show. The show is not to everyone's taste: it's a verbose, artistic interpretation that spends more time luxuriating in symbolism and atmosphere.