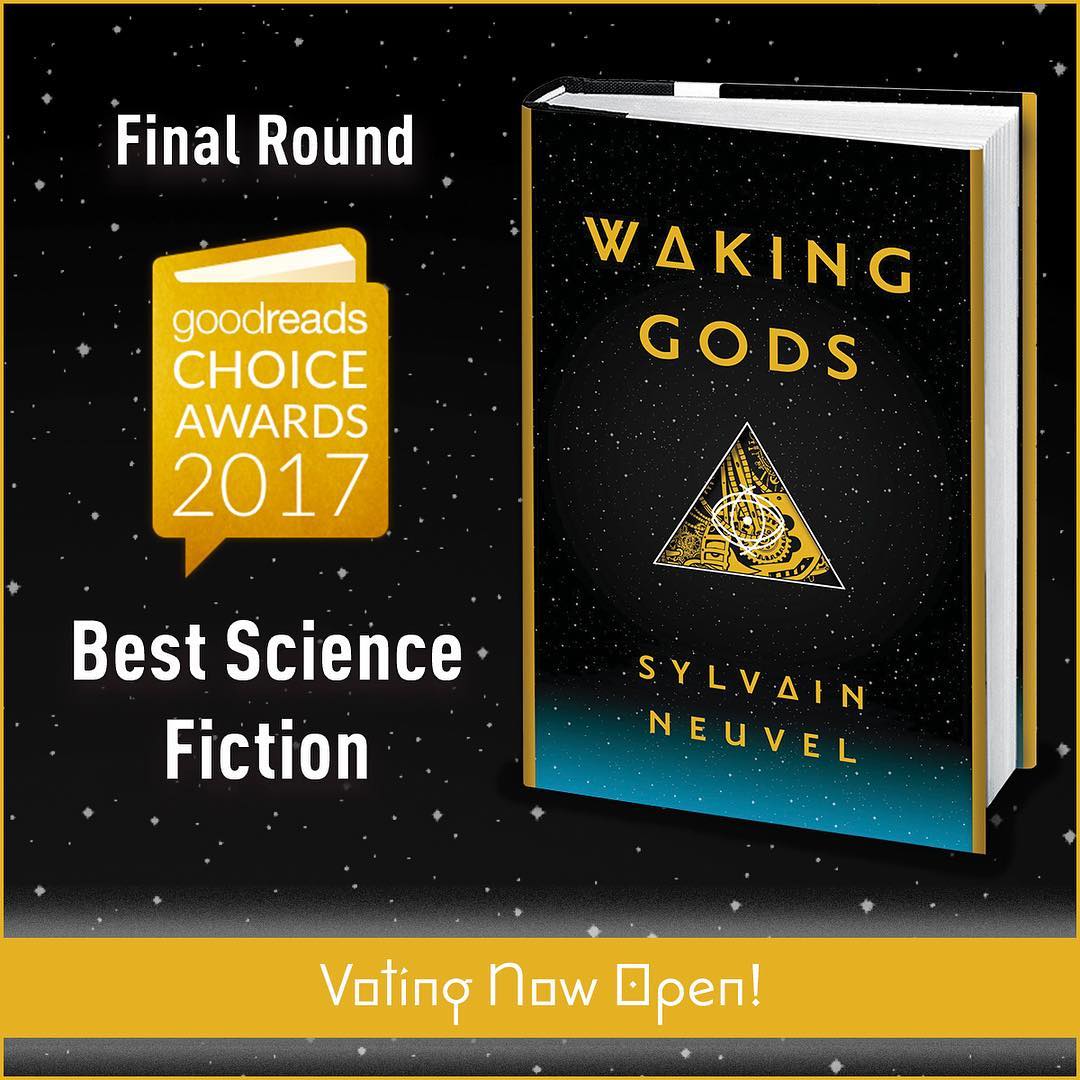 Before you go ahead, I would like to make it clear that this post might give you a few spoilers if you still haven't read Sylvain Neuvel's Sleeping Giants, the first part of The Themis Files trilogy. After a halleluiah ride over robotic giant's hand and other body parts, the book two will leave your mind boggled with the functioning of the robots. YES! It's been a span of nine years, where a lot of experiments and research has enabled the Sleeping Giant to wake up as a robot, named Themis. Waking Gods is the key to all the questions that were left unanswered after completing the first book.

From where did the giant hand come from? Is there any other body part which Rose and her team came across? Does the government know about it? Is the apocalyptic stage near, or we are going to tame the giant for the betterment of the human race?

Well, Waking Gods reveals it all. This book is one hell of a killer! Sylvain has not only slayed the art of writing, but also visualizing. If you are one spoilt reader who expects a lot from his writer, Waking Gods will not disappoint you.

A new book calls in for a set of new characters, and this time, the entire focus diverts more on the characterization than the plot. Don't worry, if you think Sylvain might lose the grip, it is not happening anytime sooner.

Eva Reyes dreams – a giant robot, people dying, huge explosions, and this 10-year-old child dreaming everything is nothing but a living nightmare. Apart from that, scientist Rose Franklin does not recall any of her memories from the past, and the entire situation will make you put your thinking caps on! Suddenly, she being the Jon Snow (coming back from the dead for some reason) of The Themis files is a huge shocker. I know, shocking, right?
Waking Gods has everything – a serious case of teleportation, a great background story of an uncalled battle, Kara Resnik and Vincent Couture's love angle during the human vs. robot war, and an episode of unplanned parenthood between Kara and Vincent that will simply melt your heart. Not only this, there's also a new entry for a new giant villain Kronos, who competes with Themis. Do you recall the man-who-has-no-name? He calls in for a huge disclosure in the book, enough to keep you turning the pages.

If you really liked the first book, you will surely love this one as well.

I am eagerly waiting for Only Human, the third franchise of The Themis files.