After 67 years of independence, here is India, still a developing nation. Have you ever thought why? What are the reasons that India is taking so long to reach where countries like America and China are today? Of course, the country has gone through a lot of changes. There are Tatas and Ambanis followed by the second richest actor Shah Rukh Khan living in India. But, is that enough for a country like India to become a developed nation?

Well, there are a lot of things that India as a country needs freedom from to progress. And to tell you what are these things, The Brunette Diaries recently conducted a survey. They got on to the roads of Mumbai and asked people about their opinion.

Harkiran Singh, originally a resident of Rajori, who came to Mumbai six years ago in search of a livelihood, earns a meagre daily wage of 300 rupees, working as a labourer at a construction site. At the end of the month, he has earned not than 9000 INR. But in an expensive city like Mumbai, is this much enough to sustain a family of five? He lives in a shanty where even basic a facility like toilet isn't provided. While the men can use the public toilet, the ladies in the house wait for dusk so that they can answer nature's call; or else, if there's an "emergency", they use a plastic bag to defecate and then throw it in the garbage. The irony of the situation here is that a man who constructs houses for others doesn't have a proper house for himself and his family! Yet, Harkiran needs to pay 2000 every month as rent for staying in this "house". Thus, the answer to our survey was clear here – Poverty! Poverty is something that has been pulling India down since decades. How can we get rid of poverty? By getting rid of unemployment, exploitation and lack of education. While the world has been progressing with every single day, India has been progressing at a snail's pace, thanks to the conservative and orthodox mindset of the people here. Thus, if we do away with our orthodox mindset, we'll ensure that education is given importance, thereby tackling the issues unemployment and exploitation, and ultimately poverty! 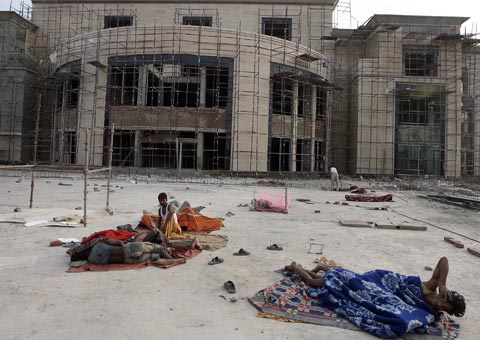 People who build houses for others are homeless themselves[/caption]

Meeta Sajnani, a creative writer at a digital media firm, couldn't keep herself from answering this question. She too feels that corruption is a major issue and our esteemed Prime Minister Narendra Modi should genuinely do something about it. Showing her concern for the country, she said, "The people have voted for the man and made him the Prime Minister after being royally looted by Congress. This shows that we all have really high expectations from Narendra ji. I, personally feel that he should and he definitely will find a way to fight corruption and reduce it. However, is removing it completely from the system possible, I wonder."

When everyone was calling corruption, unemployment and poverty as major reasons for the slow development of India, Madhu Trivedi, a social worker, who works for the empowerment of women, shifted the spotlight to the wrong done to women. She said, "Freedom from disrespect towards women is a must. It is one of the main problems which are often ignored. Women are treated like crap in India. But, I seriously don't understand why most of the women don't take a stand yet. My very close friend's daughter was a bright student. However, as soon as she turned 20, her father got her married. After two kids at the age of 25 she realized that she wanted to complete her education and do something. I got to know about it from her mother and decided to help her. We went against all odds to make her fulfil her dreams and now she works in a reputed bank. The girl is balancing her personal as well as professional life so well. If each one of us decides to stand up for one woman, we can save so many lives and the country too." 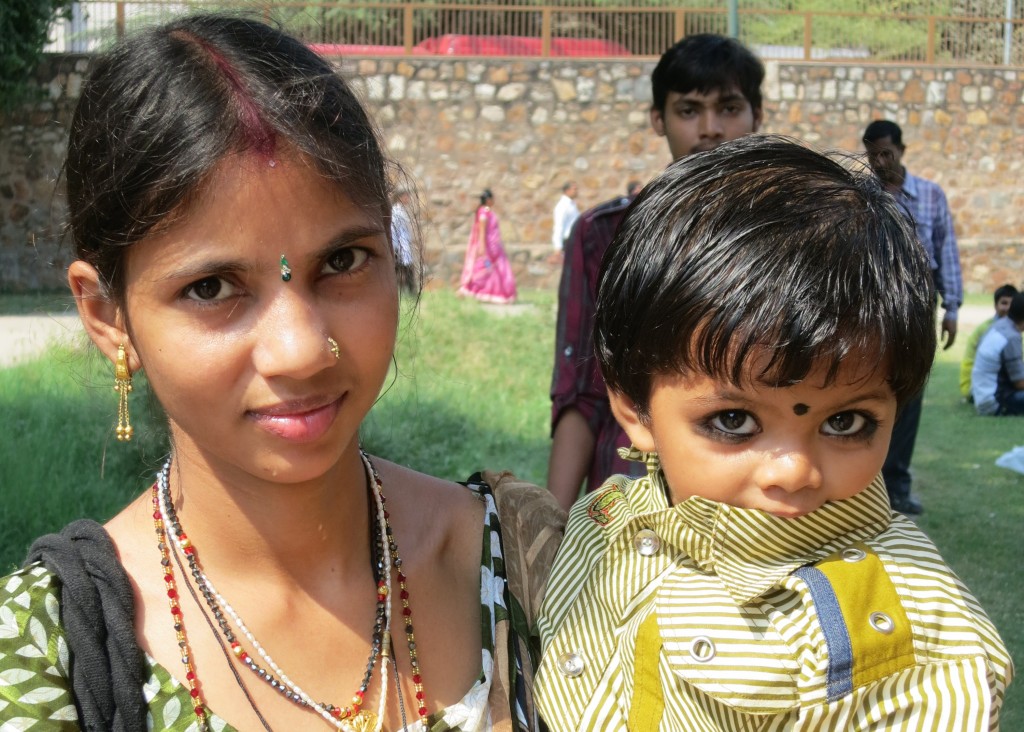 Why are young girls married off early? Why aren't they given a chance to realize their dreams?[/caption]

Why should a woman leave her dreams behind only to fulfil her family's expectations from her? With co-operation from her family, she can surely manage her professional and personal lives, right? Why is she treated as a sex object? Why are there rapes, eve-teasing and molestations? Why is she deprived of the education she desires? Why doesn't she have the freedom to say what she wants to, wear what she likes to, to laugh aloud in front of elders? Isn't she a human being too who deserves equal respect as her male counterparts? Women have started emerging as successful entrepreneurs, managers and sportswomen in today's India; yet, there are several talented ladies out there who are still stuck inside a shell, we need to get them out soon.

Next, we met Daisy Leivon, a budding fashion designer from Mumbai said, "I came to Mumbai in 2005. Something that I haven't seen a change in since then is the cleanliness in the city. I have travelled almost the whole of India and filthiness prevails in each state. When you think of a developed country, you automatically imagine a nice, clean sight, right? But in India, it's only the filth that one can notice." Well, though getting rid of filth won't really help India become a developed country, it surely will help improve the image of this beautiful country in the minds of the people abroad. 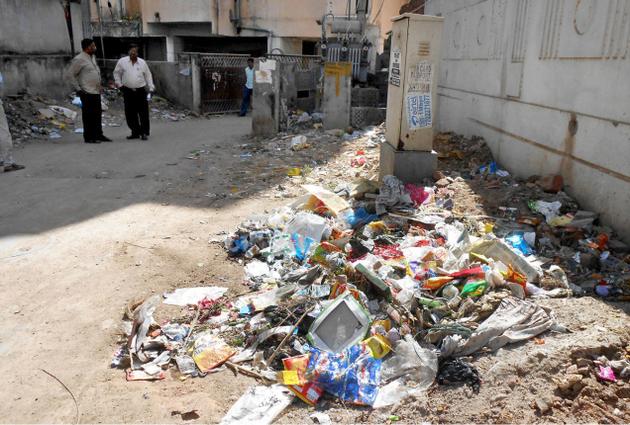 Be it residential area or roadside, garbage and filth can be seen everywhere in India[/caption]

Why Can't Homosexual Couples In India Have The Freedom To Live Together?

How To Make Homemade Makkhan Or Cultured Butter