Interesting read: Unbelievable people that may shock you

If you are bored with monotony in your life, here's a list that will inspire, shock, open your eyes and maybe even make you value your life more. Here's a list of unbelievable people in the human race. 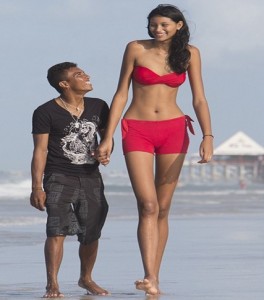 Elisany da Cruz Silva, a pretty teenager from Brazil, stands at a staggering six feet nine inches! SIX FEET NINE! She suffers from a very rare form of gigantism caused by a tumour in her pituitary gland. Though she has been rejected by various modelling agencies, she still aspires to become a model someday. 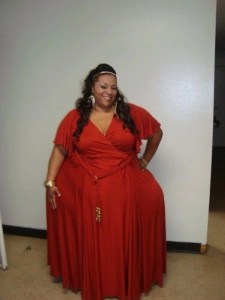 A woman named Mikel Ruffinelli currently holds the record for having the widest hips in the world. Her hips measure an amazing eight foot circumference! Bootylicious? Way too much! And yes, her husband finds her amazingly sexy that way!

(You may find this interesting - Are you just self obsessed, or is it NPD?)

Man who hasn't bathed for 60 years 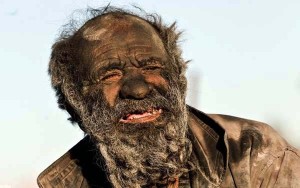 This man, hailing from Iran, is considered to be the dirtiest man alive. Amoo Hadij claims to have not bathed for more than 60 years! And we feel guilty if we've not bathed a day. Beat that! 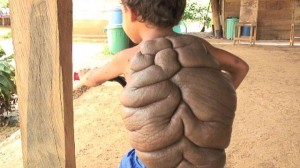 Didier Montalvo is a boy from Columbia with not a regular size birthmark or mole, but a mole the size of his back! His entire back is covered with this mole and it posed severe health risks, more like a parasite! The mole had to be removed so Didier could lead a normal life, we're glad.

(Also read - All about social phobia) 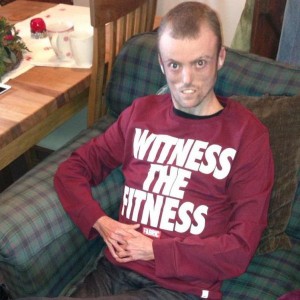 Supermodels strive to reduce their fat percentage so that they can walk the ramp with confidence, but when you are cursed with a condition known as MDP syndrome, life becomes difficult to live. 23-year-old Tom Staniford was born normal, but over the years his condition barred his body from storing fat altogether and he now hails a zero percent fat percentage in his body. So he is literally all skin and bones! In the whole world, there are only 8 people with this syndrome.

So aren't you glad you are born normal? Our body is a miracle in itself and when we see such imbalances and records (we'd never want to have) our only response should be to thank God for making us alright!

Procrastination – the thief of your time